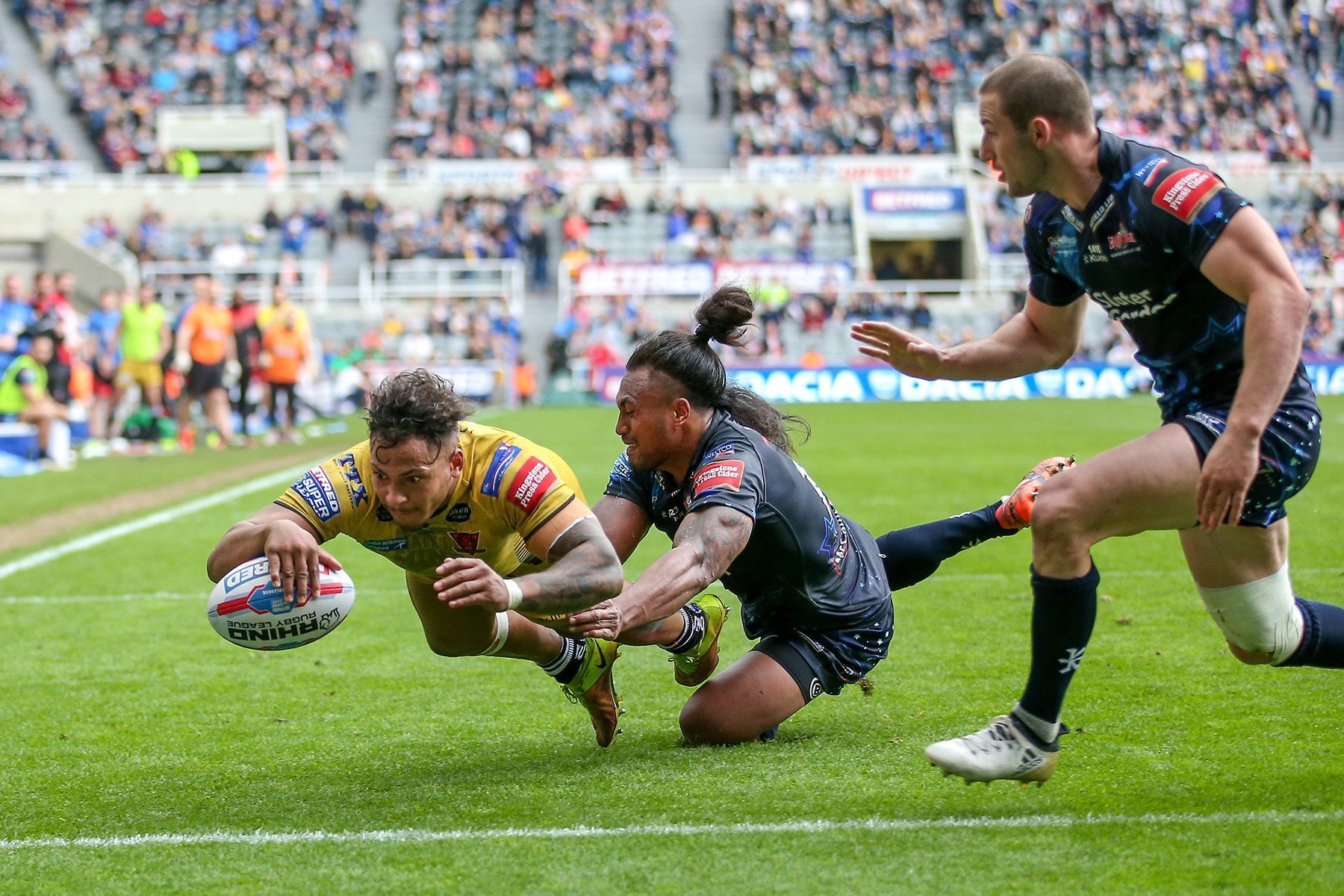 Ahead of this weekend’s Dacia Magic Weekend crucial Betfred Super League clash with Catalans Dragons we take a look back to last year’s fixture against Leigh Centurions in this week’s ‘Flashback’.
The Red Devils travelled to Newcastle to face event debutants Leigh Centurions searching for another victory which would keep them in touching distance of Betfred Super League leaders at the time Castleford Tigers.
It was actually Leigh who took the lead when Matty Fleming – on loan from St Helens – crossed to open the Centurions’ account at the event however Ben Murdoch-Masila scored from a Michael Dobson kick on the ten-minute mark before Gareth O’Brien followed up with a penalty goal six minutes later to level the scores.
Leigh regained control when Mitch Brown went over but it was Murdoch-Masila who again returned the favour powering his way over for Salford. Kris Welham was next to score for Salford and give the Red Devils the lead for the first time in the match, O’Brien followed up with the conversion.
Greg Johnson scored his first of the afternoon with seven minutes of the first half remaining while Danny Tickle was denied by the video referee giving Ian Watson’s men a 12-point lead going into the interval.
The Centurions – in similar fashion to the first half – started the quicker thanks to a Ben Crooks try but they were soon reduced to 12 men following a poorly timed high challenge from Adam Higson on Gareth O’Brien.
Salford took advantage when Niall Evalds looked to have sealed the victory for the Red Devils but a Matty Dawson score did give Leigh a glimmer of hope. But, a second try from winger Johnson with fifteen minutes remaining did round off a solid 22-36 victory for Salford which moved them into 2nd in the Betfred Super League.
Salford Red Devils Head Coach, Ian Watson, said: “Every week is a big one, but it’s pleasing to come here to the Magic Weekend and pick the two points up because it’s a big occasion.
“It’s a derby and we expected Leigh to turn up. We fell off some of the things we pride ourselves on, which probably made the score in the second half slightly closer than it needed to be.
“But the boys are an honest group and they will know that, and they will fix it up because every game is becoming bigger and bigger the higher we sit in the table.”
The teams that day:
Salford: O’Brien; Johnson, Welham, Sa’u, Evalds; Lui, Dobson; Kopczak, Tomkins, Tasi, Murdoch-Masila, Jones, Krasniqi.
Interchanges: Hauraki, Flanagan, Lannon, Brining.
Leigh: Brown; Dawson, Crooks, Fleming, Higson; Hampshire, Drinkwater; Burr, Hood, Hansen, Paterson, Vea, Stewart.
Interchanges: Pelissier, Hock, Tickle, Hopkins.