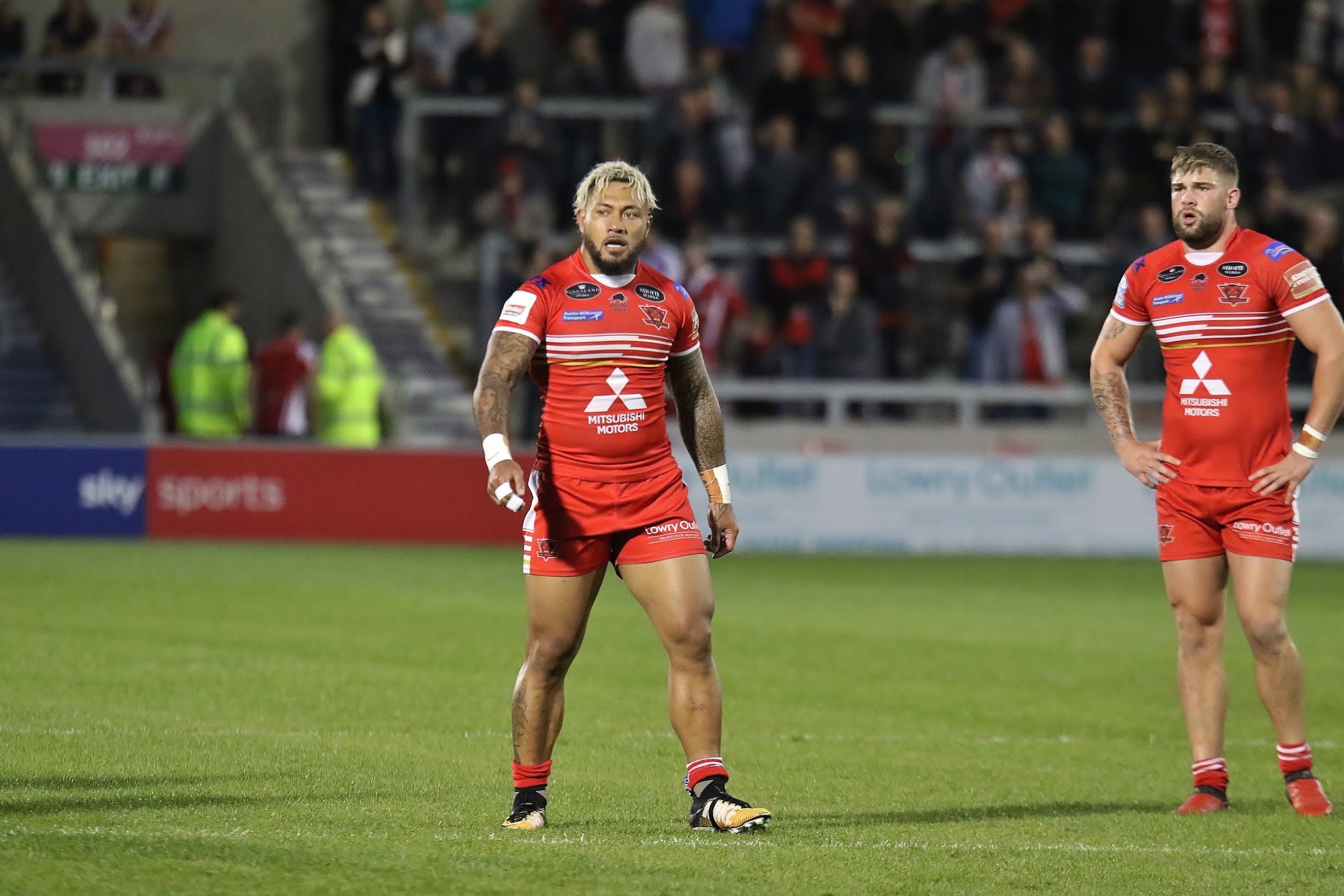 The third in our series of 2017 player reviews is fan favourite Junior Sa’u who is one of the Red Devils longest-serving players at the moment and had yet another phenomenal season at the AJ Bell Stadium.
Sa’u’s season got off to a flying start as the former New Zealand international scored four tries in the opening four games of 2017. Junior crashed over for tries against Wigan and Huddersfield before grabbing a brace against Warrington in the Red Devils first home victory of the year.
The 30-year-old’s powerful running and steely defence has seen him become a cult hero at the AJ Bell Stadium and this was on display once again throughout 2017. Sau’s try-scoring feats continued as he notched one in a memorable 18-54 victory over Hull FC at the KCOM Stadium in April.
Sa’u crossed for a brace against Warrington in late May with his double helping extend Salford’s winning run to seven games in all competitions and 12 wins from 13 since mid-March. However, a dry spell followed for Sa’u and the Red Devils in June but another brace and a Man of the Match performance came Sa’u’s way in a 36-20 win over Huddersfield at the beginning of July.
The centre was named in Ian Watson’s side to take on Wigan in the Club’s first Challenge Cup semi-final for twenty years and was a standout performer. Junior unfortunately missed out on the first half of the Super 8s through injury but featured in the Red Devils last four games of the season including a dominant victory over Huddersfield at the AJ Bell Stadium.
Sa’u will continue be an integral player for the Red Devils both on and off the field in 2018.
Junior Sa’u was sponsored by Bullen Conservation and Masonry Specialists throughout the 2017 season.
Sa’u is also the proud ambassador for the Salford Red Devils Foundation partner Playkidds.
Junior Sa’u’s 2017 Stats (All competitions)
Appearances: 24
Tries: 9
Points: 36
Fact: Junior Sa’u has more appearances than any other Red Devil in the current squad.
Junior Sa’u’s 2017 in pictures