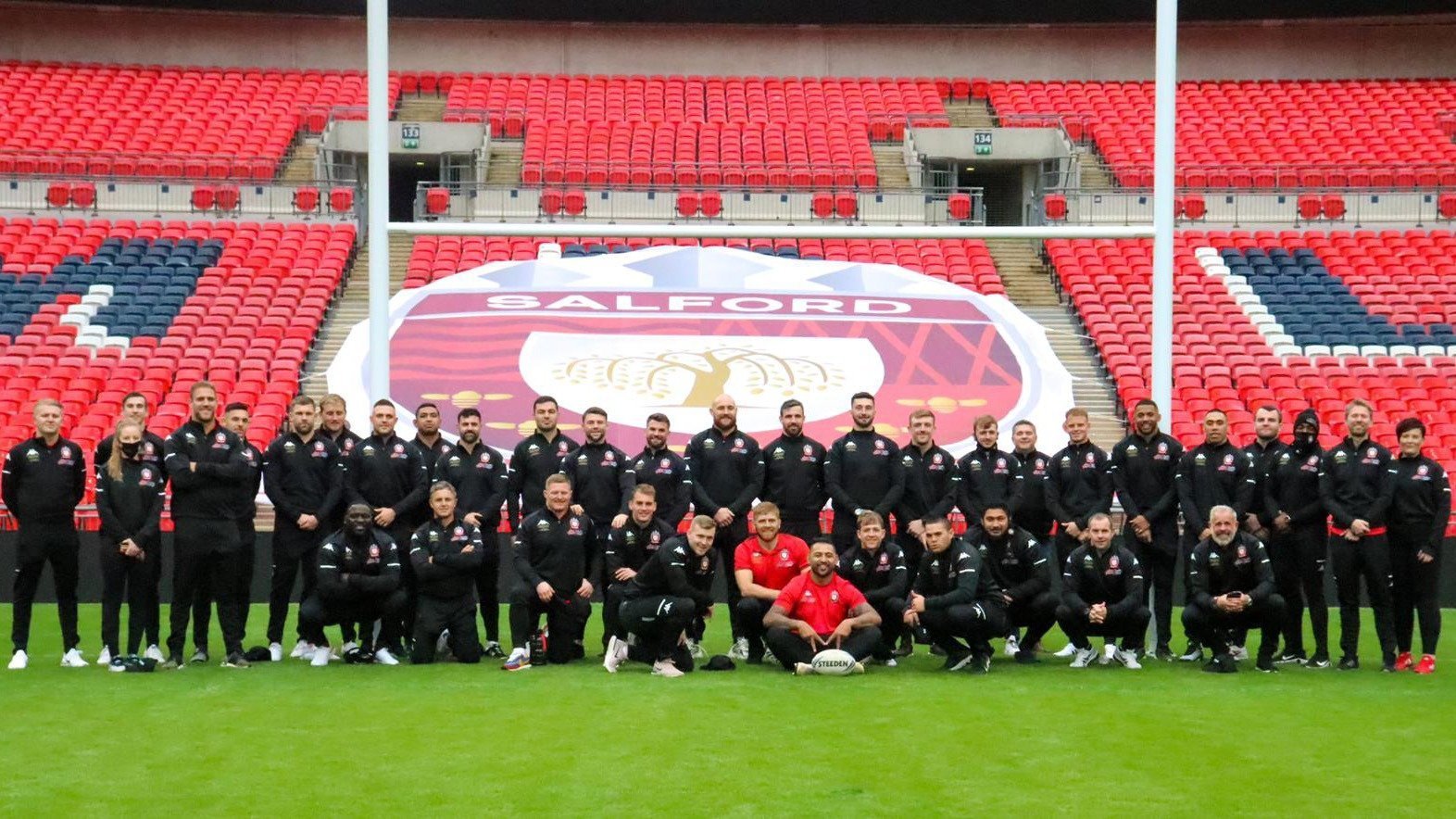 Salford Red Devils compete in the Betfred Super League and have proudly represented the community for almost 150 years.

During that time, the Club has been named first division champions on six separate occasions and lifted the Challenge Cup on its 1938 visit to Wembley Stadium.

Now run as a community club, the Salford have enjoyed one of their most successful periods in recent years, reaching the Betfred Super League Grand Final at Old Tafford in 2019 and the Coral Challenge Cup Final at Wembley in 2020.

Salford Red Devils also became the first rugby league club to link up with PROTECHT – a mouthguard that actively monitors impacts to players’ heads. This put Salford at the forefront of player welfare.

With 2022 on the horizon, we look forward to where our new coaching team, led by head coach Paul Rowley, can take us.