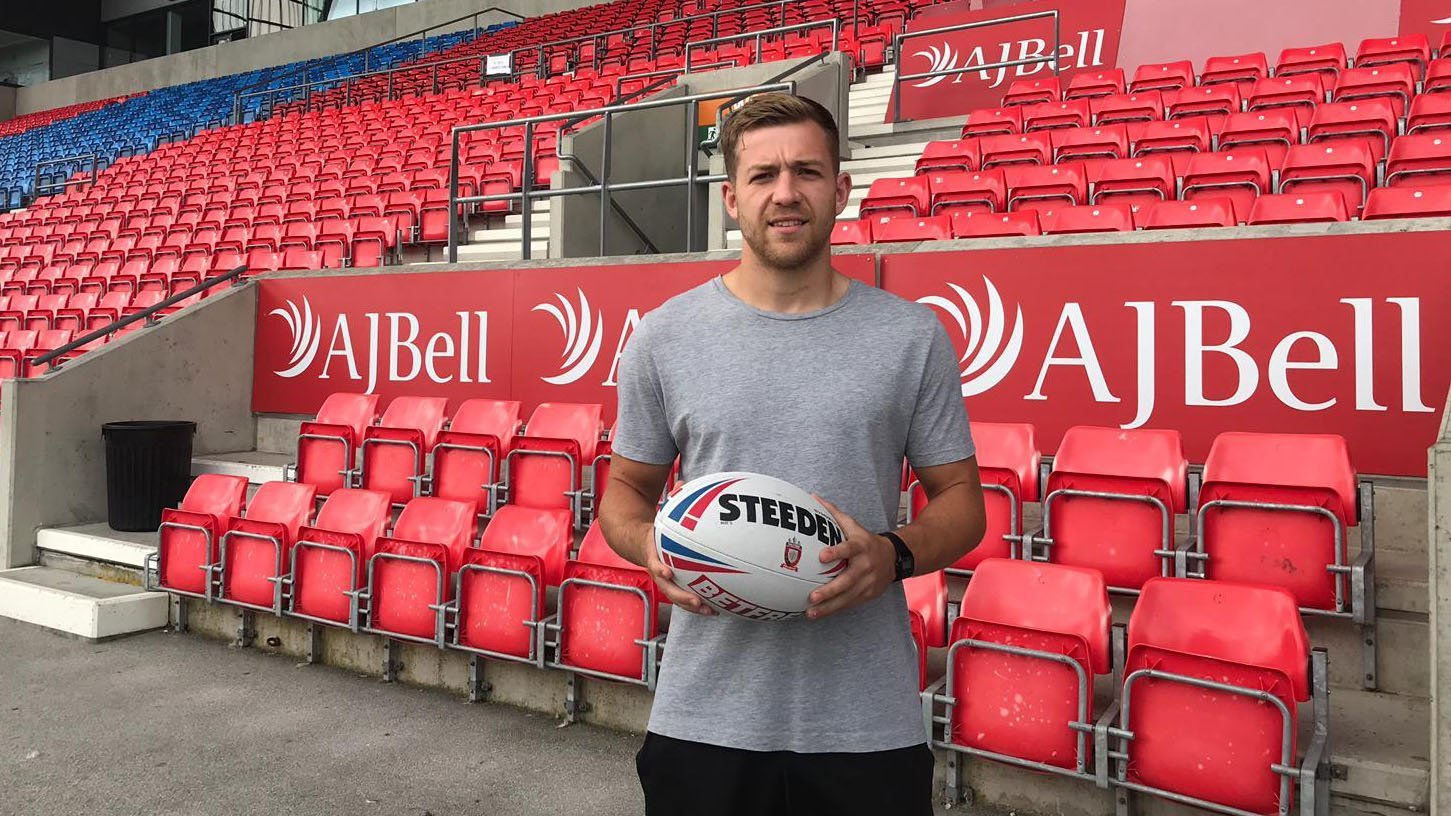 Salford Red Devils are pleased to announce the signing of Hull KR halfback Chris Atkin.
The goal-kicker will join up with his England Knights teammate Niall Evalds in the Red Devils squad for the 2020 season.
Atkin said: “I’m really excited. The boys have done really well this season and are pushing towards the play-offs at the end of the season now, so I’m really excited to come on board.
“Watto (Ian Watson) was the one who brought me in at Swinton and gave me my professional debut.
“Since then, I’ve always wanted to work with him again and this opportunity has come up and I’m really looking forward to it and feeling determined to get back to it.
“He’s a really great coach and he’s proved that again this year.
“KR was a big step up from the Championship and I get to take it on again now and hopefully push Salford up the Super League.
“I’m looking forward to meeting the boys as well and just getting stuck into pre-season.”
The former England Student international is familiar with the city, after scoring over 700 points in 100 appearances for Swinton Lions.
Red Devils head coach Ian Watson said: “We’re really excited to have signed Chris for next season.
“Chris is a player I’ve had close ties with since signing him at Swinton and I’ve looked to bring him in before.
“He’s a lightning fast spine player, who has great ability with ball in hand a poses a big threat to all teams.
“His desire to never quit and love of the contact side of the game are the parts of Chris’ play which I value the most.
“In the last two years, he’s progressed into an England Knight, where he’s played alongside Niall Evalds, which will be help them linkup in 2020.”
The announcement of the 26-year-old follows contract extensions for Josh Johnson and Krisnan Inu and the signing of Dan Sarginson in recent weeks.
Director of rugby and operations Ian Blease said: “Having Chris onboard for 2020 is really pleasing for us.
“He’s an ambitious player, whose versatility makes him a valuable asset to the squad.
“Coach Watson has a detailed understanding of Chris’ game, having worked with him before.
“We’ve been monitoring him for a long time and now he’s earned a wealth of Super League experience at KR, he’s ready to make his mark at the AJ Bell Stadium.”
To purchase 2020 Season Tickets and see Atkin in action throughout the campaign, click HERE, visit the AJ Bell Stadium Ticket Office, or phone on 0161 786 1570.