BARROW A BRIDGE TOO FAR

BARROW A BRIDGE TOO FAR 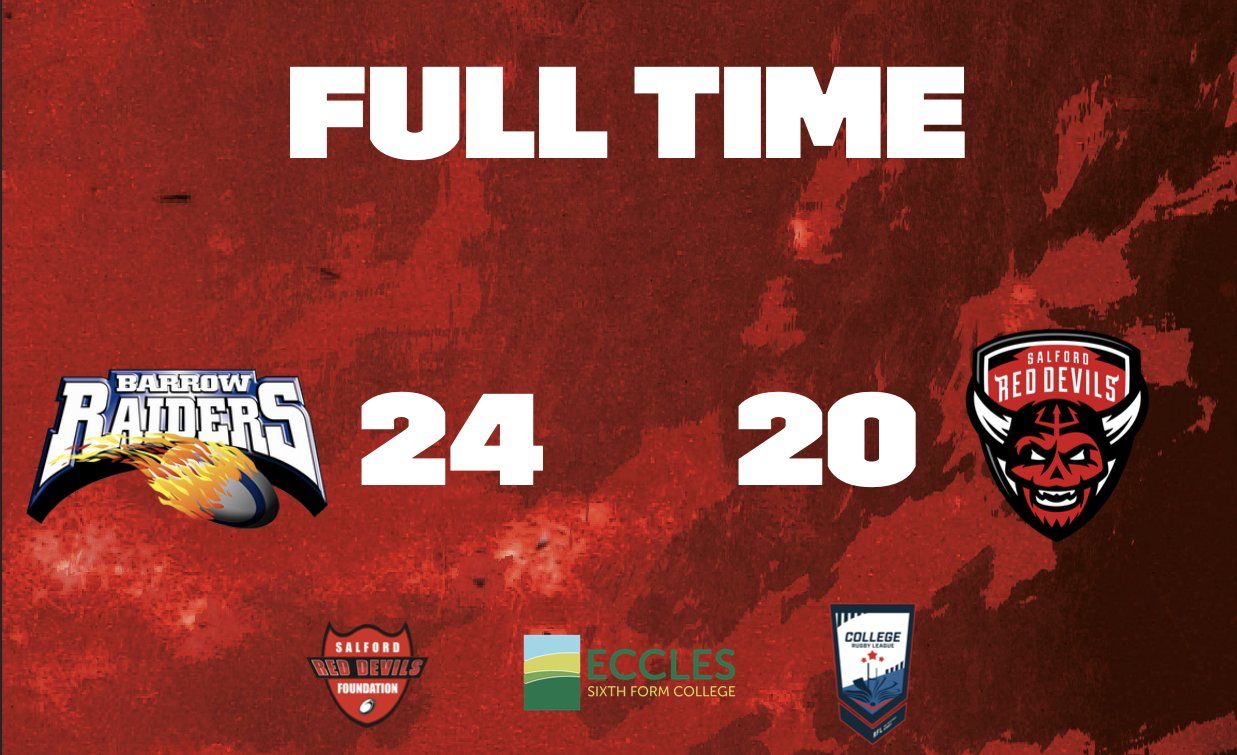 After three successive victories for the start to their season, Salford U19s found that, in every sense of the phrase, this fixture, up in the Furness area of Cumbria, was quite simply ‘a bridge too far’.

Those who have visited the former Lancashire outpost of Barrow, will have some sympathy with the young Red Devils, in full knowledge of how draining the journey there can be.  For the team, however, this was exacerbated by the sheer physical presence of their opponents, which, despite warnings from coach, Danny Barton, as to what to expect, came as something of a shock to their system, in the early stages of the encounter.

Matters were not helped by the fact that the squad was a little below full strength, with some notable absences, not least that of organiser-in-chief, Jack Stevens, as a result of an injury sustained the previous seek, at Hopwood Hall.  Danny was, nevertheless, most pleased with his half back pairing, as indeed he was, with the performance of his forward pack, which stood up to their physically superior opponents, manfully, with, Man of the Match, loose forward, Lucas Coan putting in a full eighty minutes of committed endeavour, in the middle.

Their task was made all the harder, though, by some careless errors in possession, which promptly led to further additional pressure on their try line.  Add to this, some poor defensive decisions out wide, at key moments, which allowed the home side in for tries, which might otherwise have been thwarted.

The home side were quick to press home their advantage when they crossed for the opening try, but despite all the odds being stacked against them, Salford responded well taking the lead when Josh Higgins crashed over, on this, his return to the side, following a lengthy lay-off with injury.  Jack Kenway continued from last week, to take on the goal-kicking responsibilities, landing the first of his two successful attempts.

The Raiders, however, quickly wreaked revenge with two further unconverted tries to open up a six-point gap in their favour, only for Salford centre, Louis Lord, to score two fine individual tries, either side of half time.

The first came as a result of good ball movement, including both passes and off-loads, to the right flank, where he employed some clever and tricky running skills to foil the opposition and cross, to bring the Red Devils to within two points, at 12-10, at half-time.

Momentum was now with Salford, and, in similar vein to his first score, Lord put them back in the lead, with Kenway extending it further to 12-16, only for Furness to repeat their first half comeback with two more tries of their own putting themselves in a commanding eight-point lead.

The never-say-die attitude of the Red Devils was, however, rewarded with possibly the best try of the match, as a break by Kenway, sixty-metres from the Raiders’ line, saw him off-load to his supporting colleagues on the right, before the ball ended up in the hands of substitute right-winger, Ellis Kelly, who scored in the corner.

Whilst it might have been disappointing for the Reds to have travelled all that way only to have lost to a bigger, stronger, and more powerful side, it is important to remember that it is only  by playing against teams and players at least as good or better than yourself that your own performance will improve.