Burke – “It’s somewhere we can go and express ourselves”

Burke – “It’s somewhere we can go and express ourselves” 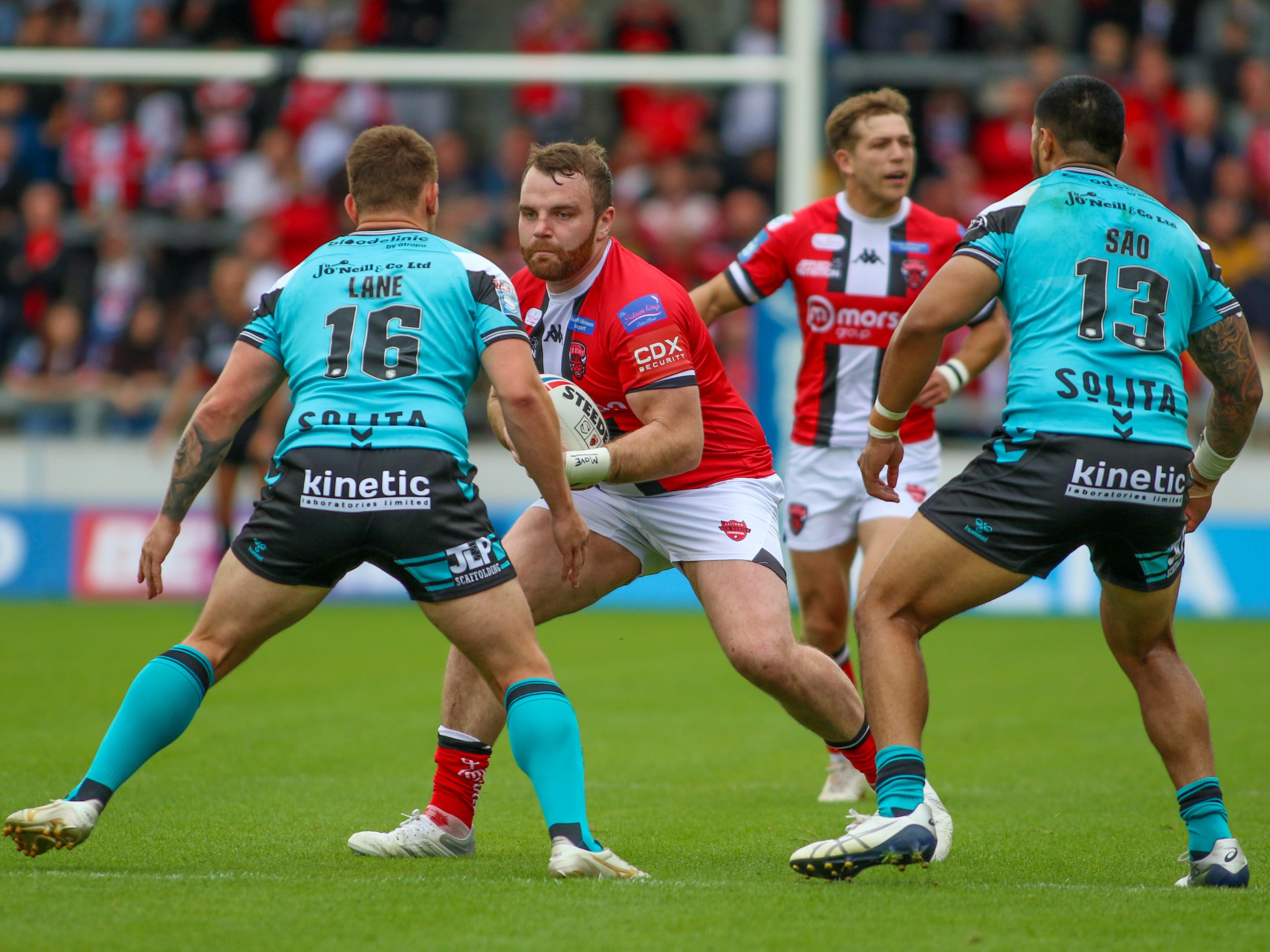 Burke, who has shared the armband with Kevin Brown over recent weeks since Lee Mossop’s retirement, has revealed that the mood in the camp this week has been positive, as the Red Devils look to build on their Bank Holiday bruising over Hull FC, in Newcastle tomorrow afternoon.

Burke said: “It’s a showcase for the Super League and we have spoken about that this week, about how it’s somewhere we can go and express ourselves.

“All the games are on Sky and we want to put in a good performance first and foremost for ourselves, but also for the fans and the viewers watching.”

Recently surpassing 200 career appearances, Burke has been a Salford player for two years now, excluding his loan spell in 2018, helping the side reach the 2019 Betfred Super League Grand Final in his first season as a permanent Red Devil, and the Betfred Challenge Cup Final last year.

Salford’s number 16 is one of the more senior players in the camp and has stepped up since Moose’s retirement.

Speaking on captaining the club recently, Burke said: “It’s been a massive honour to be seen as a leader.

“To be asked to be captain, I was happy to accept that. I’ve been really happy to be honest.”

Burke revealed that the team have been fully focused on tomorrow’s opponents, who will be fielding an almost full strength side in Newcastle, compared to the last Tigers side that were on the receiving end of a 70-18 thrashing at the hands of Marshall’s men in July.

Speaking on Castleford, Burke added: “It’ll be a massively different challenge this week. It’s a Cas team that are at the best strength they can be.

“We know we have to be on this week to give ourselves a chance, and that’s what we’ve spoke about.”