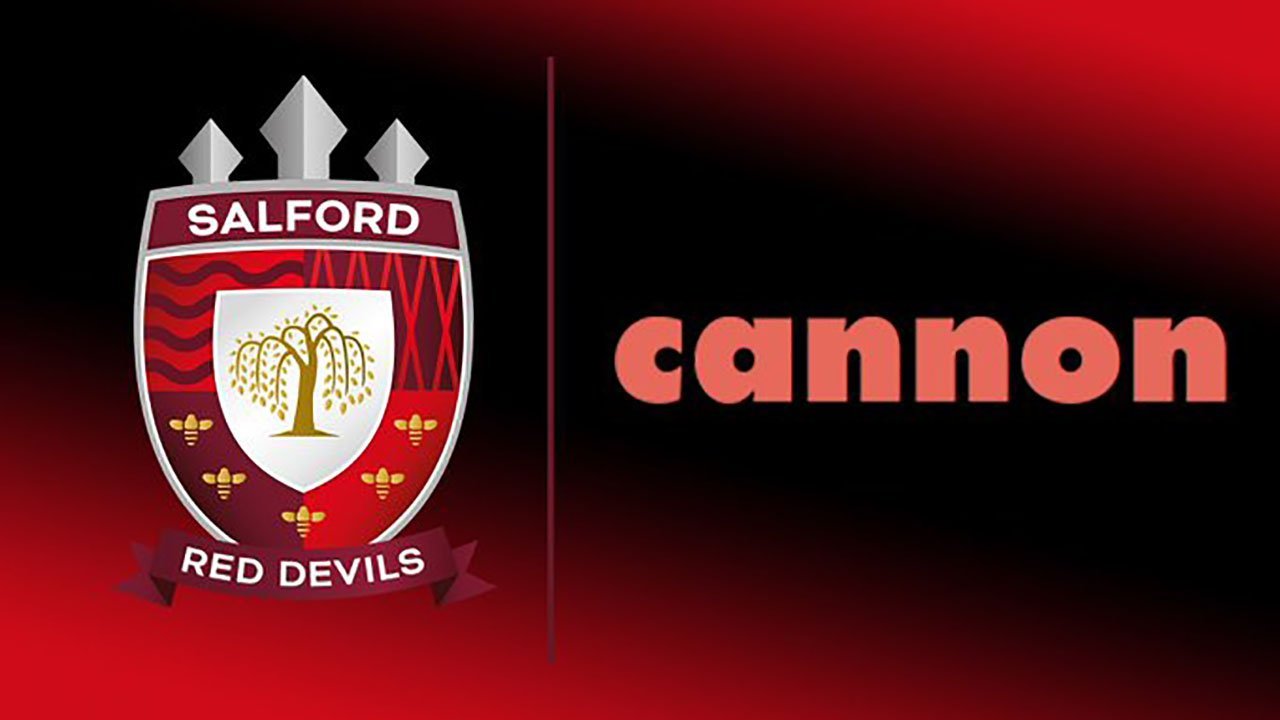 Cannon Electrical Contractors have won the draw to become a sponsor on the Salford Red Devils shirt for the 2020 season.
The industrial and commercial electrical contractor’s logo will be displayed on the sleeve of home, away, magic weekend and replica kits.
“After speaking with Hannah (Kilby) about the opportunity, I was delighted when my fellow directors decided to give it a shot,” said Cannon director Steve Cosgrove.
“I was even more delighted to receive a phone call on Wednesday, just after 11am, to say that we were successful.
“As a Salford lad who’s supported the club from the mid-seventies, I have seen some great players pull on the club’s shirt.
“After the season we’ve just had, with support from local business like ours and rekindled supporters returning, I can’t wait for 2020 to start.”
Salford Red Devils would like to thank all entrants for their understanding when the winning sponsorship position was changed, following an approach from a major company to secure the front of shirt position. Full details on our main sponsor for the 2020 season will be announced in due course.
Red Devils commercial manager Hannah Kilby said: “We’ve been really pleased by the response from the business community, towards this initiative.
“It has proven that there’s an appetite for further involvement with the club and how much the recent play-off campaign has reengaged people beyond the traditional fanbase.
“As a result of our thrilling end to the season, we saw a number of companies show interest in our main sponsorship opportunity, with one determined to secure the position outright.
“This has allowed us to increase the level of overall investment, while still offering great value to our raffle entrants.
“We would like to take this opportunity to thank the entrants for their understanding on this.”

The announcement of Cannon securing a place on the Red Devils shirt for the 2020 season, follows the club receiving record-breaking TV viewing figures.
The lower back of shirt position is still available for the 2020 season. Businesses interested in displaying their brand are advised to email: hannah.kilby@salfordreddevils.net
Supporters can also be part of the 2020 season, by securing their season tickets. October is the last month to purchase 2020 season tickets at early bird prices, by visiting the AJ Bell Stadium Ticket Office, buying over the phone on 0161 786 1570, or by clicking HERE.
In order to make a Direct Debit purchase, supporters should collect a form from the AJ Bell Stadium ticket office, or complete over the phone on 0161 786.