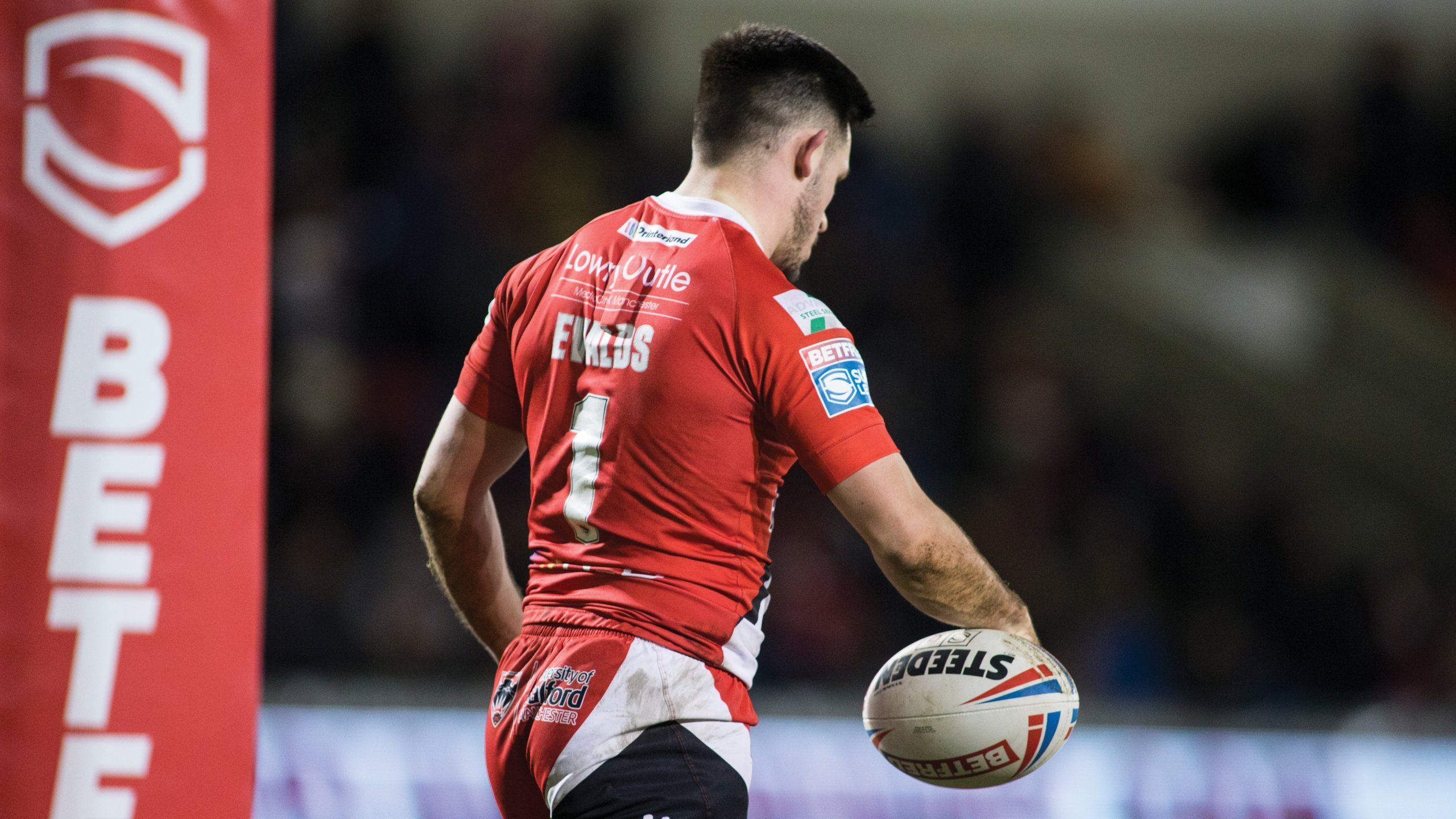 Confirmation of player departure details would not ordinarily take place at this stage in the season. In this instance however, the player involved is one with a significant length of tenure at the club and the decision has therefore been made to disclose our actions on this matter, for the benefit of our loyal supporters and sponsors.

Salford Red Devils’ stance remains firmly against the leaking of player movements, with early announcements themselves causing disruption across the competition. The club will therefore continue its policy of withholding external recruitment announcements at this stage in the season, except where beneficial to the players and organisations involved.

In respect of this player movement, Salford Red Devils are extremely disappointed with the decision made by Niall Evalds and his representative, for the fullback to end his time at the club following the conclusion of the 2020 season.

Following a period of negotiations during February and March, Evalds was 48 hours away from signing a new deal to stay at Salford for a further three years, which had been agreed by all parties. A late request was then made for Evalds and his representative to have additional time to consider his options, which the club honoured.

In April, further discussion took place and an offer was made. Both offers significantly increased the value on his current contract at the club, in addition to incorporating a testimonial and other benefits, which recognised his prior contributions. Salford Red Devils were led to believe that the deal would be successfully concluded on this basis. It was therefore extremely disappointing, after months of negotiations, when it was revealed that the player had then signed for a competitor on Saturday morning.

It is undoubted that Evalds’ progression under head coach Ian Watson and incorporation within a system which allows him to thrive, has assisted him, along with other players, in gaining recognition across the game. Salford Red Devils thank Evalds for his service and wish him all the best in the remainder of his career.

The club’s recruitment plans for the 2021 season and beyond will continue, as director of rugby & operations Ian Blease works alongside Watson to identify players with the desire, commitment and passion to form part of Salford Red Devils’ sustained progression. The club would like to take this opportunity to thank sponsors, season ticket holders, squad builders and all those taking up subscriptions for RDTV and virtual match days, without whom this planning would be impossible.

The club recognises the shared difficulties for our community, during this challenging time and are therefore increasingly appreciative of your unyielding support.

Great opportunity today, speaking @TheRFL Safeguarding conference. It was a privilege to be invited to tell my story to so ... many of the CWO's, that do any amazing job supporting the RL community, ensuring that we have a safe and inclusive game. #safeguarding #rugbyleague

🥳 On Lee Mossop's birthday, we're asking where this try ranks among your favourite Red Devils moments?

🏟️ See the captain back in action at the AJ Bell Stadium 👉http://bit.ly/3mQ9MDz

🥶 The cold weather did not stop preseason train

🤝 Paul Rowley has been appointed as Salford Red