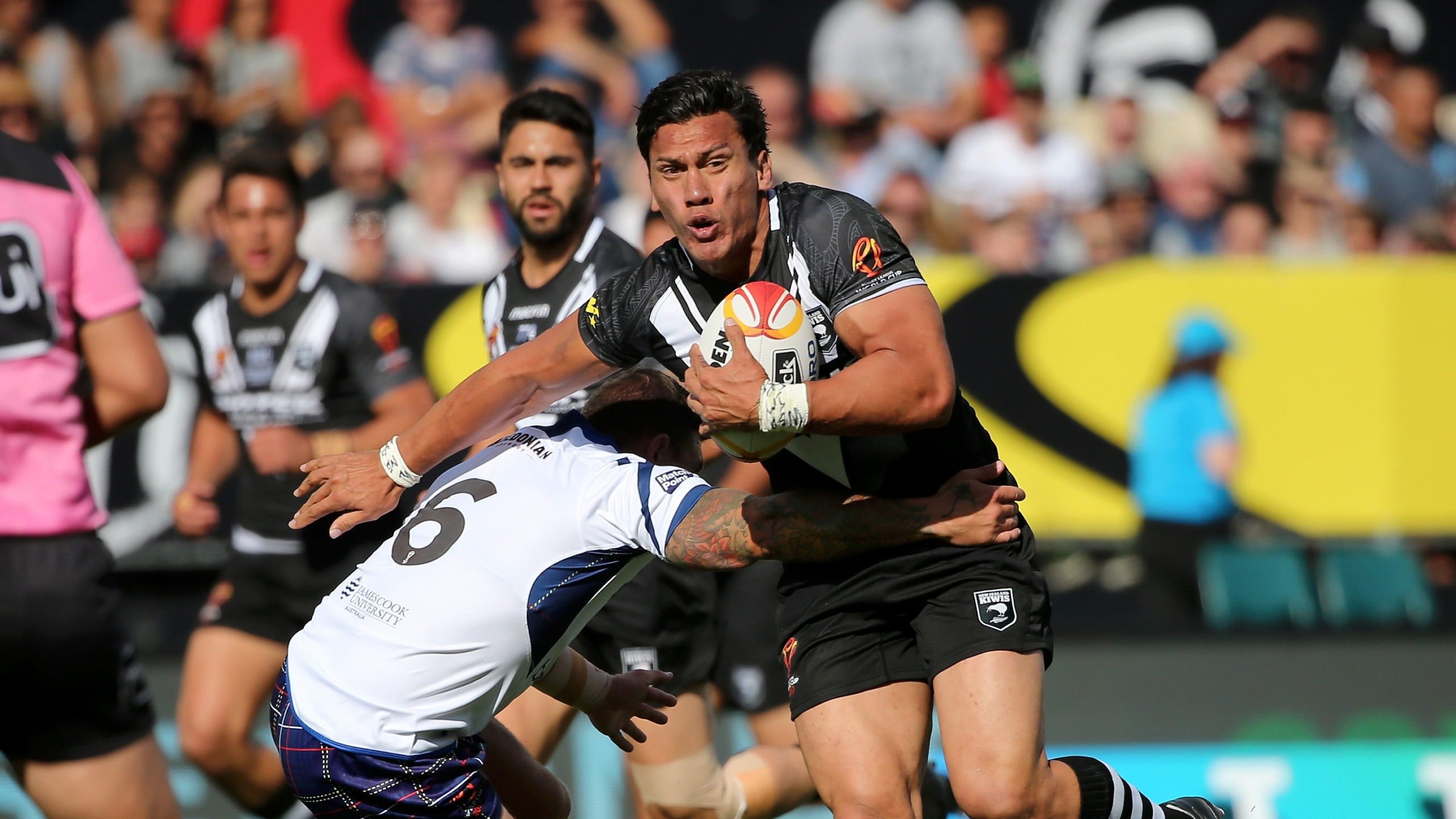 The 30-year-old has made over 180 NRL appearances, most recently at Wests Tigers, where he had been co-captain.

Taylor said: “I’ve spoken to a few of the players who I know, and Salford sounds like a great club.”

“I’m looking forward to the opportunity of playing at Salford, ripping into training and living over there.

“I’ve been following Salford over the last two years and have always wanted to play in the Super League at some stage. Speaking with Rich, I’m excited about playing for the Club.”

Taylor will reunite with his former NRL teammates Tui Lolohea, Sebastine Ikahihifo and Krisnan Inu, as part of the Red Devils squad for the 2021 campaign.

Salford Red Devils head coach Richard Marshall said: “Elijah has the quality to have a massive impact on this team with his actions on and off the field.

“He already has a good relationship with Tui from their time at West Tigers and I’m looking forward to seeing them play together in Salford shirts.

“I also think Elijah’s experience on the world stage will make him a great influence on the rest of our pack, and in particular our younger players.”

This signing of Taylor on a two-year contract, follows the Christmas Day announcement that Taylor’s fellow Kiwi Krisnan Inu will remain at the Club.

Supporters can see them both in action with a 2021 season ticket, but must purchase this month to do so at the cheapest possible price. Season tickets can be purchased online 24/7, but callback requests must be sent before 5pm on December 30, to take advantage of the early bird offer. Further details can be found HERE.

Director of rugby and operations Ian Blease said: “The addition of a world class talent like Elijah will help elevate the squad as a whole.

“His presence makes our pack look even more imposing going into next season and beyond.

“This signing is a statement of our intent and I am sure will fill our supporters with excitement for his first match in Salford colours.”

If you are interested in sponsoring Taylor, or another member of the 2021 squad, please email: hannah.kilby@salfordreddevils.net

Our SEND camps are back up and running this summer with our multi ...sports session returning to
@EcclesSFCollege every Wednesday in August

Spaces limited - to book yourself onto the camps please email Craig.fisher@salfordcc.ac.uk

Add more magic to your Newcastle weekend on Friday night!

@ThunderRugby v @OfficialBullsRL, 7:45 kick off, with entry just ...£5 when you show your Magic ticket at Kingston Park!