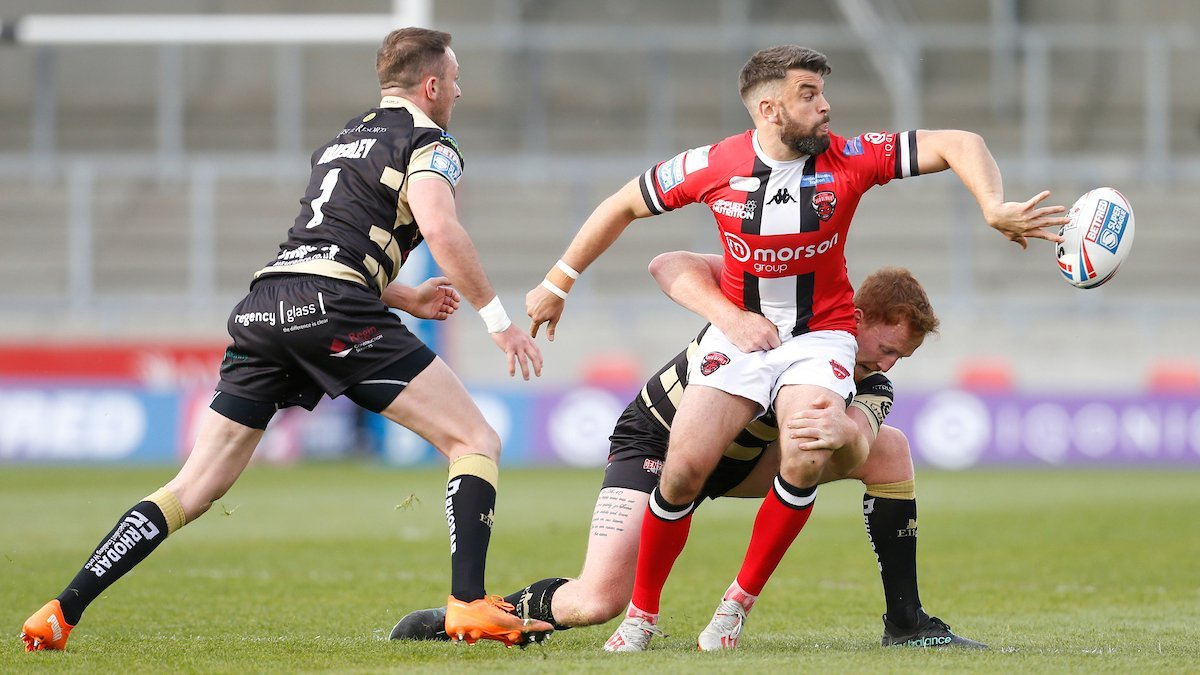 Salford Red Devils’ number 19 Elliot Kear will depart for Bradford Bulls at the end of the month.

A step down to the Betfred Championship where he will be able to continue playing rugby league part-time, will allow the 32-year-old to pursue a career as a fireman, preparing himself for life outside of the sport.

The Wales captain arrived at the AJ Bell Stadium from London Broncos prior to the 2020 Betfred Super League season, along with fellow countryman Rhys Williams.

Kear helped the Red Devils reach a Betfred Challenge Cup Final in his first season and has frequently featured for Salford this year under Richard Marshall, but the head coach respects and understands Kear’s decision.

Speaking on Kear’s departure, Marshall said: “Elliot has been fantastic to work with and coach and he is a character that will certainly be missed at the club.

“As a former player, I know that rugby league is a short career and this step down to competing on a part-time basis will allow Elliot to build a future outside of the sport.

He goes with our full support and I wish him and his family all the best for the future. He will always be part of the Salford family.”

Director of Rugby and Operations Ian Blease said: “When Elliot told me he would like to take up a new role in the Fire Brigade and explained the reasons why, I completely understood.

“As a club we aim to assist our players in their life and career journey post rugby league, so our decision to allow Elliot to leave is the perfect opportunity for him to now go and build his career off the pitch as well as playing part-time rugby.

“Elliot has been an absolute pleasure to work with and he will leave with my best wishes for the future for himself and his family.”

🏉 Marshall's men travel to the DW Stadium on Friday night to face ... @WiganWarriorsRL in Round 1⃣8⃣ of the @Betfred @SuperLeague

🤔 Who's looking forward to this one?