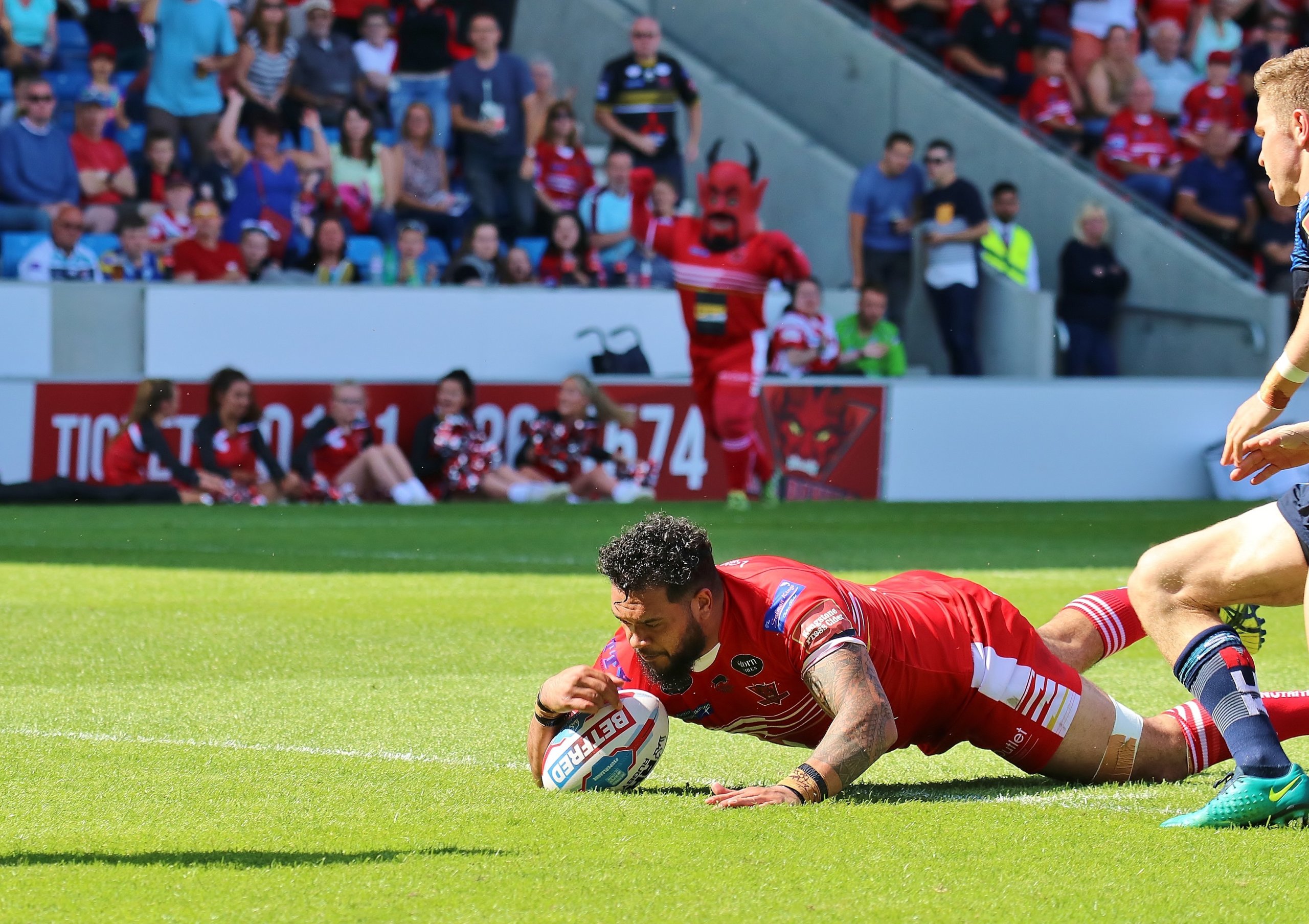 Head-to-Head
Salford’s record against the Rhinos since the incarnation of Super League doesn’t make for pretty reading with just two wins in 40 Super League fixtures. However, the Red Devils did overcome Leeds last season with a 14-10 victory at home. But, the Red Devils haven’t been as fortunate at Headingley with just one win at Leeds in over twenty years.
The victory was a 20-30 triumph back in 2009 with youngsters such as Richie Myler, Stefan Ratchford and Jordan Turner all featuring for the Red Devils. The win was made even more impressive due to the fact Salford had just been promoted and the Rhinos would go on to win both the League Leaders’ Shield and the Super League that season.
Milestones
Last weekend Kris Welham crossed twice as the Red Devils cruised past Huddersfield with a 52-14 victory at the AJ Bell Stadium. Welham’s first marked his 100th Super League try before he then notched his 1o1st just 25 minutes later. The centre has scored 90 Super League tries for his former side Hull KR and has now grabbed 11 tries in the league for the Red Devils this season.
George Griffin, who is included in this weekend’s 19-man squad after being injured last weekend, could also be set to make his 100th Super League appearance. Griffin has appeared in Super League 18 times for Hull KR, 19 times for London Broncos, 5 times for Wakefield and has now featured 57 times since arriving at the AJ Bell Stadium back in 2015.
Try-scorers
While the Red Devils are yet to beat Leeds this season they did come close in February losing out 14-20. Logan Tomkins grabbed his only try of the season in the defeat at Headingley earlier in the season. Tomkins also crossed the last time the Red Devils beat Leeds back in 2016 while Josh Wood, who started at hooker the last time the sides met, also scored from acting half-back.
Ben Murdoch-Masila didn’t feature in the trop to Headingley at the start of the 2017 season however he managed to power his way over twice when Salford welcomed Leeds to the AJ Bell Stadium in July. Murdoch-Masila is currently level with full-back Niall Evalds as the Red Devils top Super League try-scorer.

Tickets are on sale for our final home game of the 2017 season against St Helens on Thursday 21st September. Tickets can be purchased over the phone, at the Club Ticket Office or online here. Supporters are reminded that season tickets are valid for all Super 8s home games but are encouraged to look at our fantastic hospitality offer for them for our final home game.

We've got a double header on the way! 🙌

Join us on Sunday 17th July at the AJ Bell Stadium, when our women's team host ...@hullkrofficial, 12:30pm KO, followed by the men's game against @DragonsOfficiel, 3pm KO!