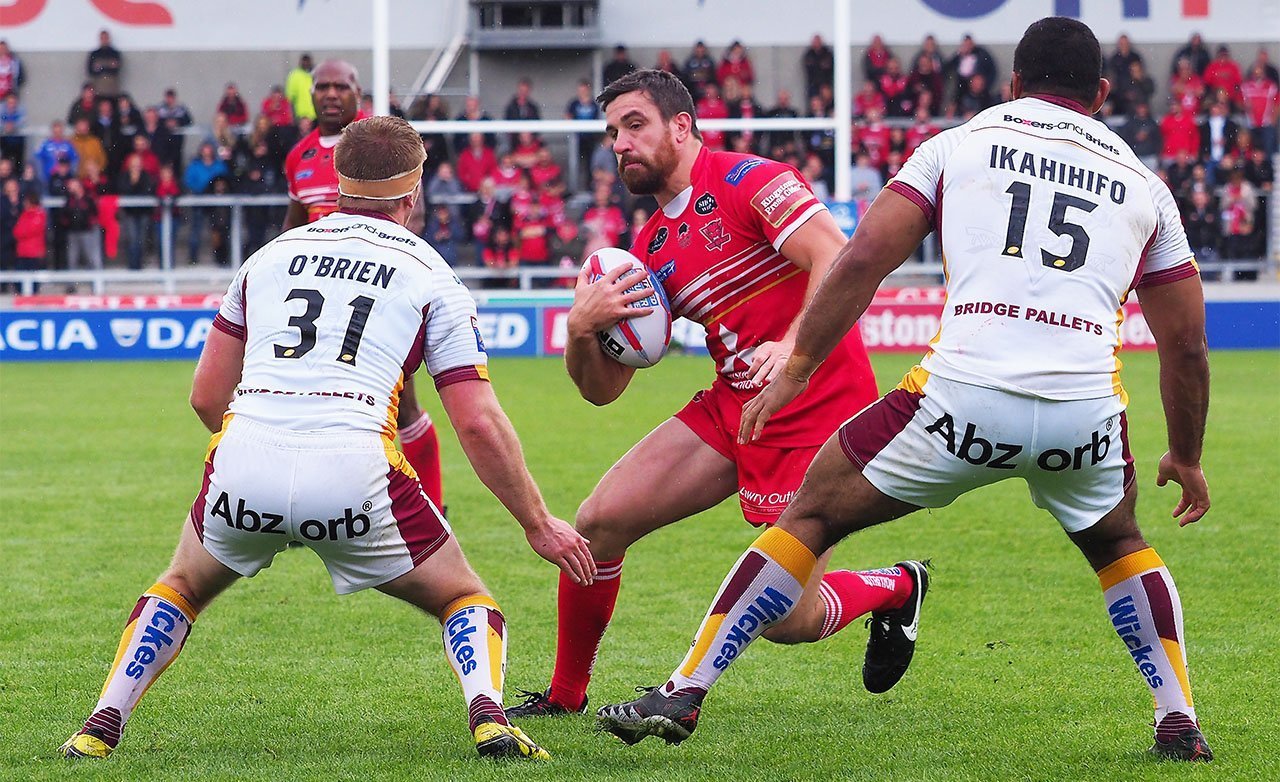 Here’s a quick run over the facts ahead of tonight’s massive Betfred Super League clash with Huddersfield Giants at the AJ Bell Stadium.
Head-to-head
Salford have enjoyed some sustained success over the Giants in recent seasons winning each of their last five meetings with Huddersfield. The Red Devils have also won each of their last three home fixtures against the West Yorkshire side.
Huddersfield’s last victory over Salford came on 17th June 2016 with a 31-30 win. This was also Huddersfield’s last win at the AJ Bell Stadium.
The Red Devils highest winning margin against Huddersfield came in the last meeting between the sides at the AJ Bell Stadium in the 2017 Super 8s. Salford ran out 52-14 winners with Kris Welham and Manu Vatuvei grabbing braces alongside tries from Tyrone McCarthy, Niall Evalds, Jake Bibby, Ben Murdoch-Masila and Josh Jones.
Salford have a positive record against the Giants in the Betfred Super League winning 23 of the 40 meetings between the sides. Huddersfield have won the other 17 fixtures while there is yet to be a draw between the teams.
Milestones
Salford Red Devils winger Greg Johnson will make his 100th appearance for the Club – should he be selected. Johnson debuted for the Red Devils in a 18-14 victory over Wakefield on 16th February 2014.
Mark Flanagan could be in line to make his 200th career appearance this evening. The forward has featured 61 times for Salford since his arrival in 2016. Flanagan has previously made 87 appearances for St Helens (2012-2015), 27 for Wests Tigers (2010-2011) and 11 for Wigan Warriors (2009).
The Giants also have a club milestone which could be celebrated this evening as forward Ukuma Ta’ai may make his 150th appearance for Huddersfield. Aaron Murphy is in line to make his 200th Betfred Super League appearance, also.