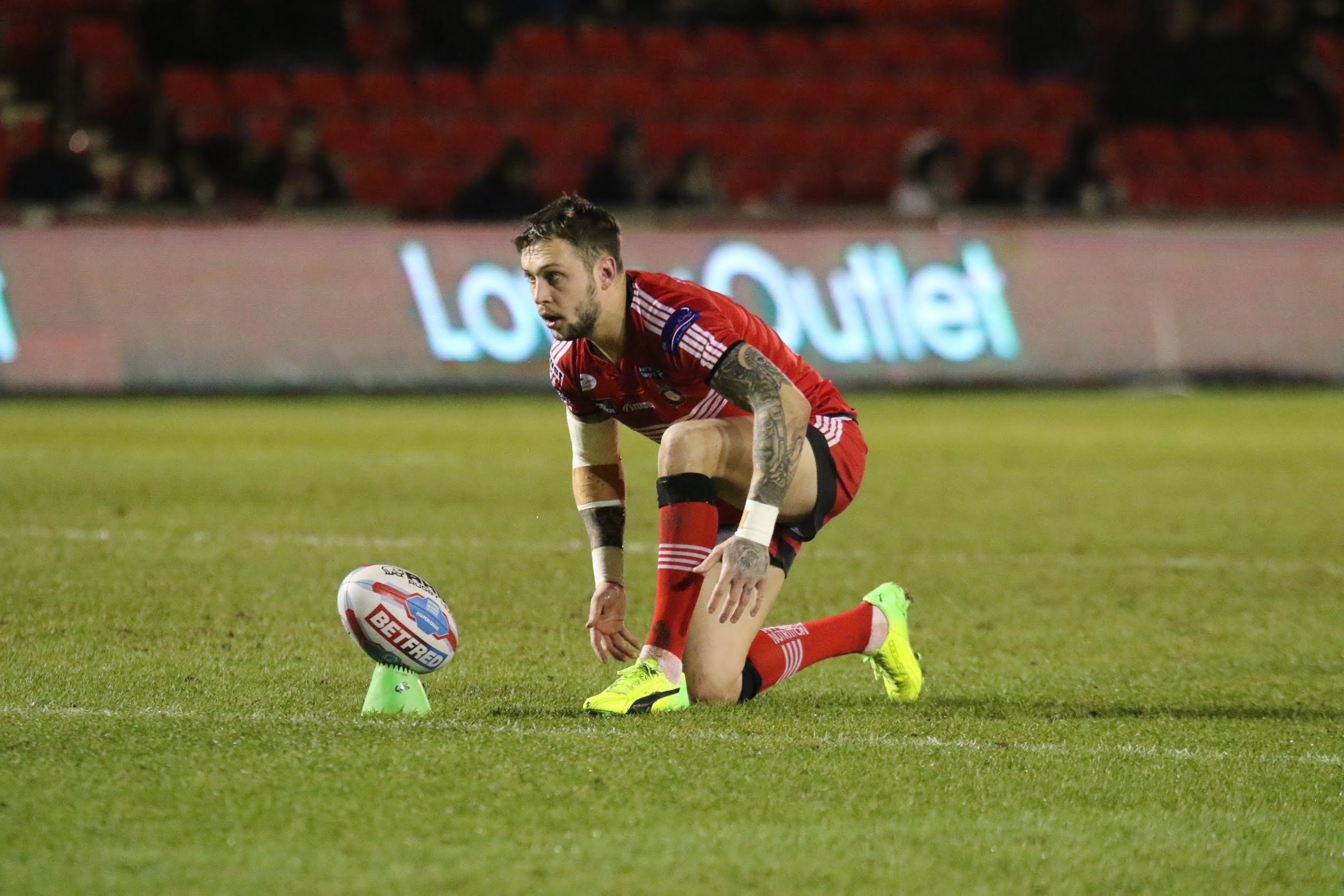 Ahead of tonight’s Betfred Super League clash with Wakefield Trinity at the Mobile Rocket Stadium we take a look at all the facts surrounding this evenings fixture.
Head-to-Head
Last season Salford met Wakefield on four separate occasions in 2017. The Red Devils knocked off Trinity en route to the Ladbrokes Challenge Cup semi-final with a dominant 30-6 victory at the AJ Bell Stadium.
However, Trinity got the upper hand in the Betfred Super League winning narrowly in the closing stages at the Mobile Rocket Stadium before consecutive wins at the AJ Bell Stadium.
Salford’s last win at Wakefield came back in 2015 which ended a winless streak for The Red Devils with Harrison Hansen crossing for a double alongside tries from Theo Fages and Scott Taylor.
Overall since the introduction of Super League Salford Red Devils have racked up fifteen wins against Trinity while Wakefield have won 25. There have been two Super League draws between the sides – a 23-23 draw at Wakefield in 2013 and a 22-22 draw at The Willows back in 2002.
Played for both
Red Devils prop-forward has George Griffin had a brief stint with Wakefield Trinity in 2015 on loan from Salford. Griffin appeared for Wakefield on five occasions.
While Greg Johnson hasn’t been included in this weekend’s squad he has also featured for the West Yorkshire side. Johnson made twelve appearances for Trinity in 2011 scoring twice.
On the opposing side, Wakefield have a few ex-Red Devils in their ranks. Wingers Ben Jones-Bishop and Mason Caton-Brown both donned the Red of Salford scoring twelve and ten tries for Salford, respectively. Caton-Brown notched a hat-trick against his former side last season.
Impressive second-rower Matty Ashurst also spent time at the AJ Bell Stadium between 2012 and 2014 racking up 75 appearances for Salford and powering over for 11 tries.
Scorers
Prop-forward Craig Kopczak has actually scored in each of his last three appearances for Salford against Wakefield Trinity.       Almost a quarter of Kopczak’s tries for The Red Devils have come against Wakefield.
Wakefield opened their 2018 season with victory over newly-promoted Hull Kingston Rovers last weekend and returning winger Tom Johnstone crossed for a hat-trick. Johnstone is currently atop the 2018 Super League try-scoring charts alongside Hull FC’s Fetuli Talanoa, Leeds’ Jimmy Keinhorst and St Helens centre Mark Percival.
Niall Evalds was Salford’s top try-scorer in the 2017 season and he crossed last weekend in defeat against Wigan Warriors. Kris Welham is the only other Red Devil to score so far this season.