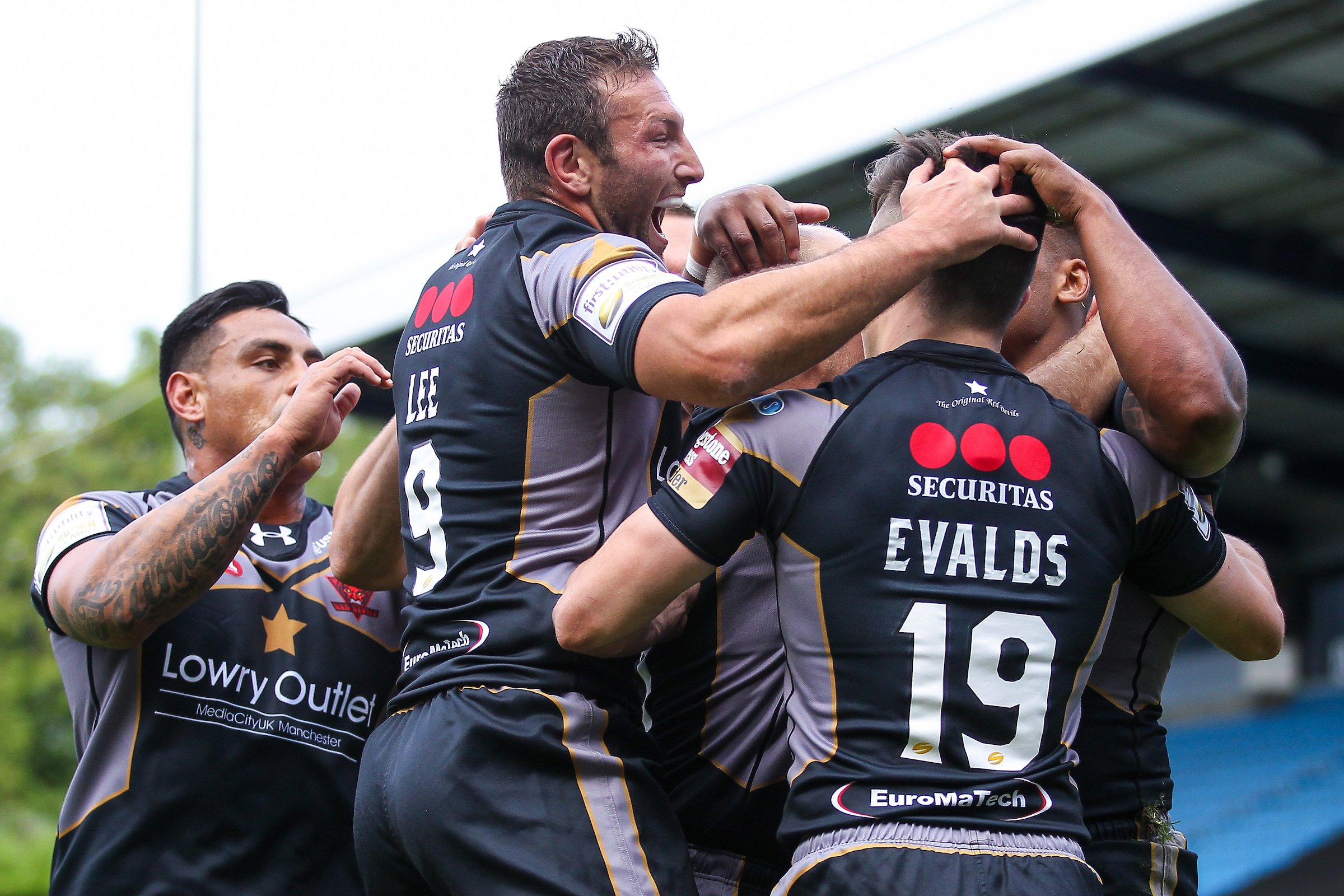 This weekend Salford travel to Halifax in their third Qualifiers fixture of 2018 however it’s not the first trip to the MBi Shay in this competition.
We take a look back to 2015 when the Red Devils earned a 50-28 victory over Fax in a back-and-forth game, almost three years to the day of Sunday’s fixture.
In a high-scoring affair, three Red Devils managed to cross for hat-tricks with Niall Evalds, Ben Jones-Bishop and Greg Johnson all notching three tries apiece. Josh Griffin and Michael Dobson shared kicking duties kicking four and three goals, respectively.

???? Last time we faced @Halifax_RLFC in 2015 fullback @NEvalds1993 was one of three @SalfordDevils to cross for a hat-trick.

???? @NEvalds1993 has scored in both Qualifiers games so far this season, same again on Sunday? pic.twitter.com/QHmROFJILZ

Dobson created an opening in the early stages to send Evalds over to get the scoring underway before Johnson broke down the left-hand to further the Red Devils lead. Another Evalds try shortly after continued Salford’s dominance.
Halifax refused to lie down and managed to get themselves on the scoresheet through Dane Manning. However, the hosts would go into the break trailing 6-22 after Johnson scored his second before fellow winger Jones-Bishop opened his account for the afternoon.
George Griffin had a try disallowed just after the restart and Halifax capitalised as Scott Murrell collected his own kick to score. However, almost immediately, Evalds managed to scoop up a loose ball and race fifty metres to be the first Red Devil to complete their hat-trick.
The hosts again hit back as Jacob Fairbank went under the posts on the back of a break from Connor Robinson but three consecutive tries from Salford killed any hopes of a Fax comeback.
Jones-Bishop went the length of the field before Johnson followed up with another long-range try for his third. Jones-Bishop also notched his hat-trick in the closing stages on a rampant afternoon in attack for the Red Devils. Adam Tangata did grab a late consolation for Halifax.
The victory marked Salford’s third win in their opening four games of the 2015 Qualifiers after wins against Wakefield Trinity and Leigh Centurions.
The teams that day:
Halifax: Martin, Heaton, Eccleston, Tyrer, Saltonstall; C. Robinson, Murrell; Tangata, Kaye, Calahane, Moore, Manning, Fairbank.
Interchanges: Bracek, Maneely, A. Robinson, Ambler.
Salford: Evalds, Jones-Bishop, Thornley, J. Griffin, Johnson; Lee, Dobson; Taylor, Tomkins, G. Griffin, Hansen, Maitua, Paterson.
Interchanges: Krasniqi, Forster, J. Walne, Hood.