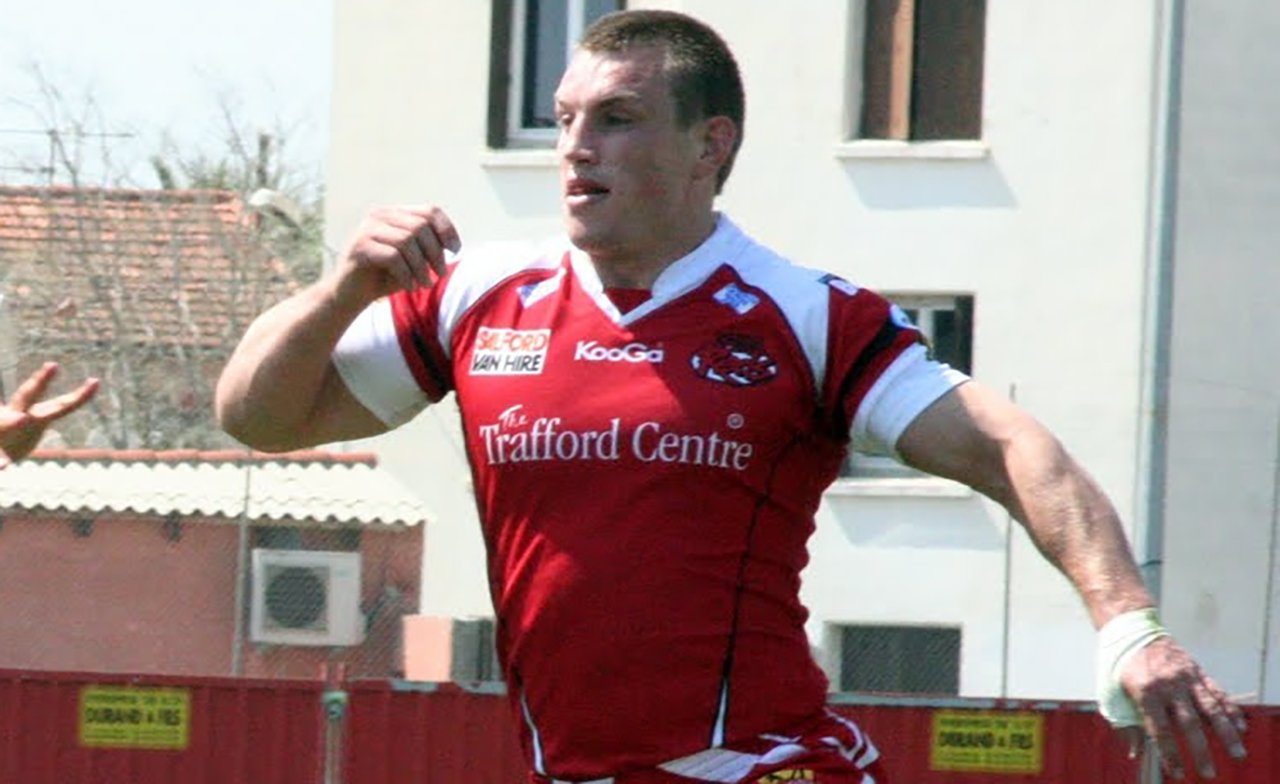 Ahead of our first away game of the 2018 Betfred Super League season we take a look back at a memorable victory on the road against this weekend’s opponents – Wakefield Trinity.
Salford got their points tally rolling for the 2011 Super League season with a dominant victory over Trinity in late February.
The visitors set the tone for what was to follow by opening the scoring inside the first minute as Matty Smith jinked his way through from acting half-back to send Stefan Ratchford over.
Salford soon scored again as Stephen Wild got on the end of Daniel Holdsworth’s high kick. Holdsworth’s kicking game continued to cause problems for Wakefield as his little grubber was latched onto by Mark Henry to extend The Reds lead to sixteen points.
Wakefield did get themselves on the scoresheet midway through the first half when Tommy Lee scored but it didn’t slow down the Salford juggernaut.
Forwards Rob Parker and Adam Sidlow both powered their way over in the second half before Henry scored his second of the game to round off an emphatic victory for Shaun McRae’s side.
The Reds even did it difficult in the second half as Ryan Boyle spent ten minutes in the sin-bin for a late challenge on Wakefield’s Jeremy Smith but it didn’t affect the final outcome.
Following the victory Salford Head Coach Shaun McRae said: “That was a performance like I always thought we could play. Defensively, I thought we were very sound.
“We covered a lot of their threats and a lot of players showed their potential and their ability.
“It was a real war of attrition in the middle. The conditions were quite poor and the ground got heavy. It got a bit of a gluepot and or middle unit defended well.”
The teams that day:
Wakefield: Veivers, Penny, Murphy, Dean, George; Smith, Lee; Korkidas, Rinaldi, P. Johnson, Mariano, Morrison, Howarth. Interchanges: Gledhill, Davey, Amor, Henderson.
Salford: Patten, Broughton, Henry, Nero, Gibson; Ratchford, Holdsworth; Cashmere, Smith, Boyle, Adamson, Sidlow, Wild. Interchanges: Parker, Paleaasina, Sneyd, Jewitt.