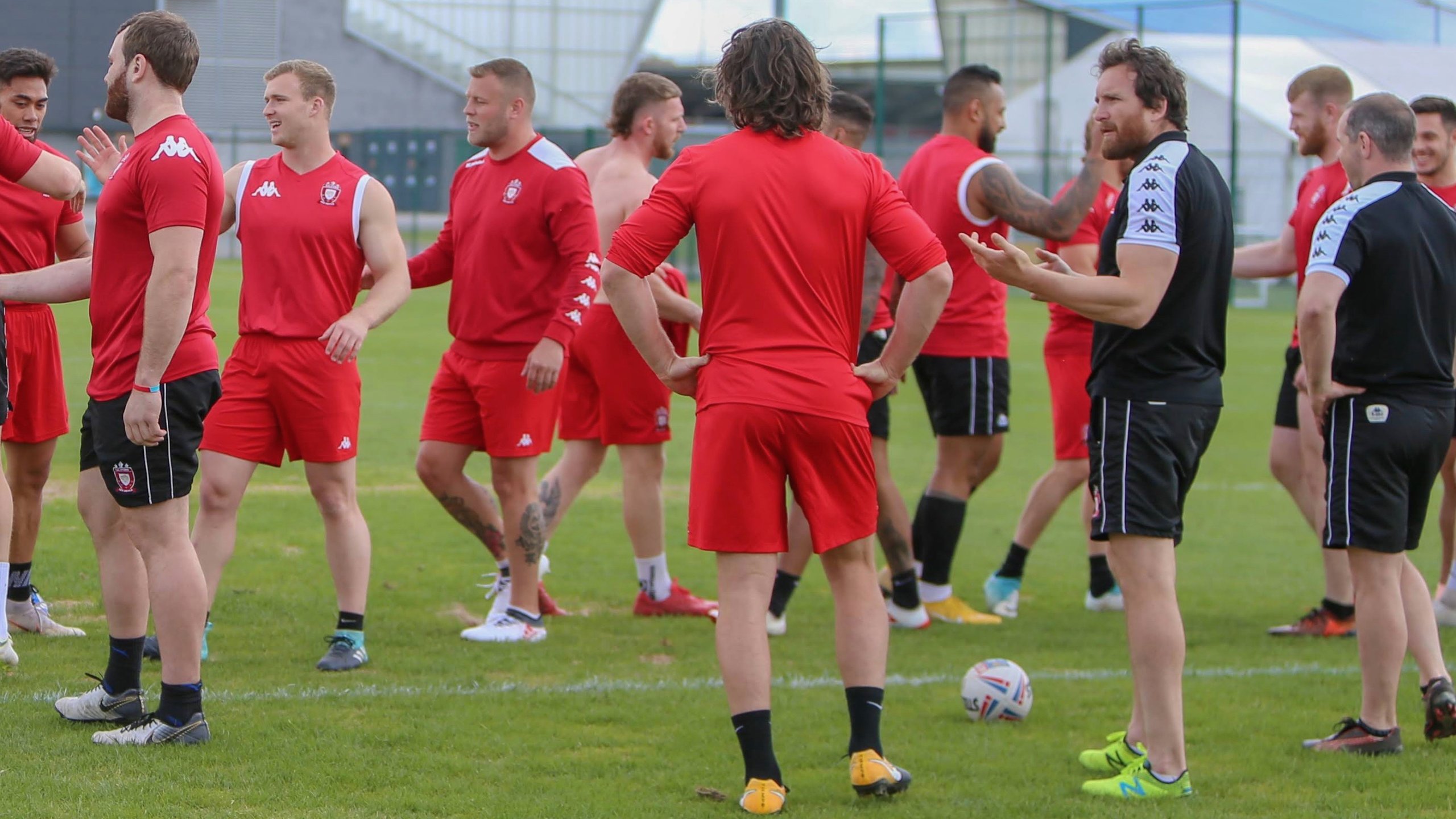 Salford Red Devils assistant coach Martin Gleeson will leave the club at the end of this month, to pursue a coaching career with Wasps RFC.
The 39-year-old joined Salford as a player in 2013, before making the transition to the club’s coaching staff.
Gleeson said: “I’m really grateful to Salford Red Devils, for giving me the opportunity to finish my playing career and start my coaching career here.
“The club, the supporters and the players have been great during my time here and I feel the team this year is the best we’ve assembled.”
He added: “I feel it’s the right time for me to go down a different path and pursue a different career.
“I’d like to thank Watto (Ian Watson) for the relationship and team that he’s built over the last five years.
“I’ve learned a lot from working with him and being at the club, which I can take forward.
“There’s really good chemistry within the backroom staff. I’ll be sad to leave.
“Everyone puts their ideas in and you get your say, so it’s the perfect environment for an ambitious coach to thrive.”
Red Devils head coach Ian Watson said: “Gleese has been given a fantastic opportunity to enhance his career in Rugby Union, one that’s too good to turn down at the present time.
“He’s been a really important figure within our team. All of our backroom staff have a big impact here at Salford and we have a big emphasis on the team being ours as a group.
“Me and Gleese have worked really closely throughout our time together and he’s been outstanding in everything he’s done.
“He’ll be a strong acquisition for any team he’s involved with going forward.”
He added: “Now it’s important that we find the right person to come in and work with the players, to make sure they continue to develop and become a better team going forward.
“The environment we have here is where we all have ownership of the team and we put everything into it.
“Gleese has been central to that, as are other members of our backroom team, which remains strong.
“It’s now about replacing him with someone of that same quality and calibre.”
Gleeson will join the Gallagher Premiership side as assistant attack coach ahead of their 2019/20 season.
Salford’s director of rugby Ian Blease said: “The whole club would like to thank Gleese for his service, both as a player and on the coaching staff.
“He has been committed to the club throughout his time here and we wish him well in his future career.
“The search for his replacement has now started and we’re accepting CVs from applicants who can help the team continue to move forward.”
Individuals with suitable experience who are interested in applying to become the club’s new assistant coach should email their CV to: enquiries@salfordreddevils.net