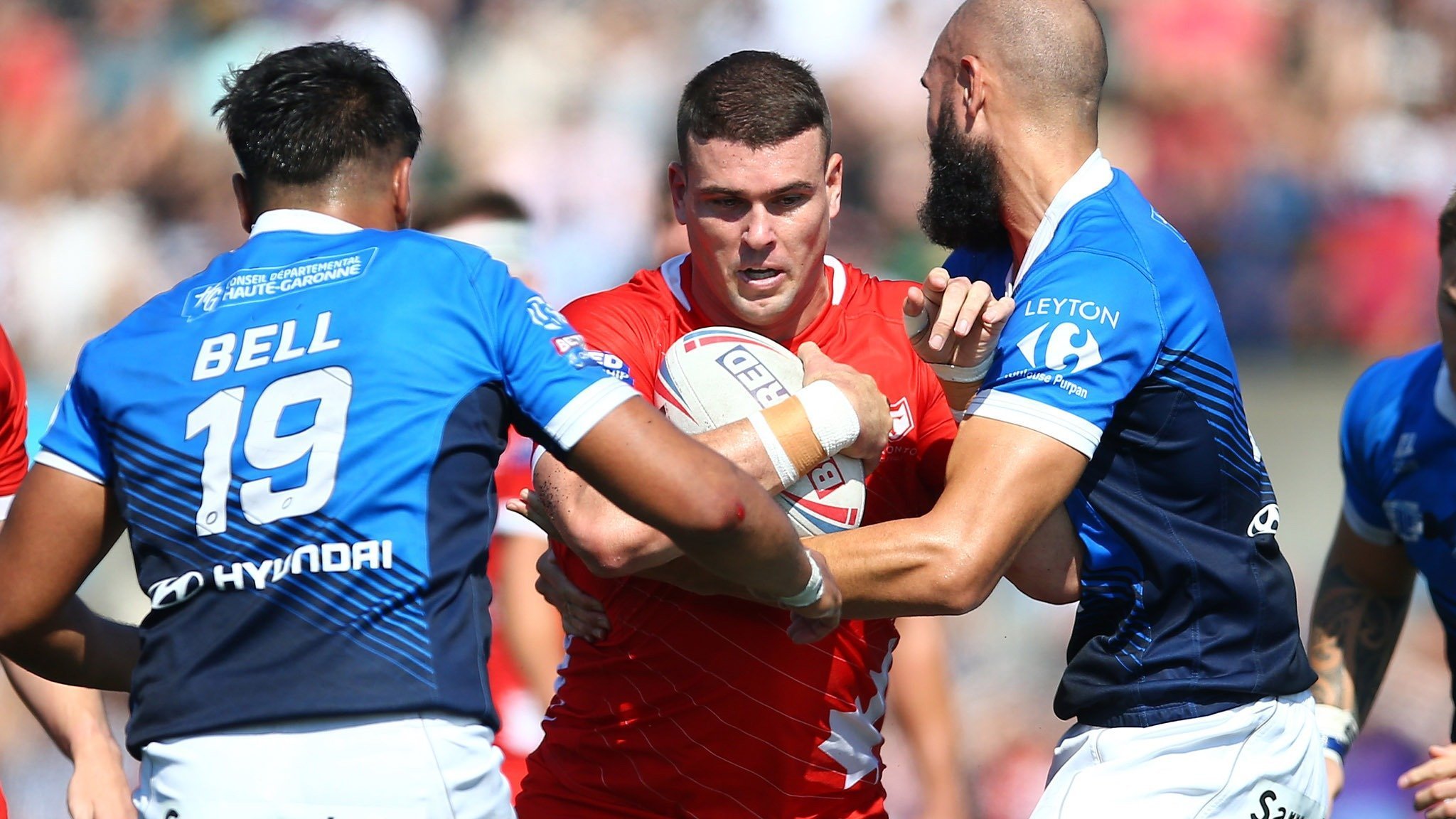 Salford Red Devils have welcomed the new year with a new signing, in the form of Darcy Lussick.

The forward has made over 100 NRL appearances and is the brother of Joey, whose Coral Challenge Cup Semi-Final try helped the Red Devils reach Wembley in 2020.

“I’ve lived in Salford for two years now. My house is two minutes from the ground and while I’ve been here, I’ve really noticed the city getting behind the Club. You go to the ground and you see how passionate the supporters are.

“I know a few of the of the boys already and I’m looking forward to playing with Lee Mossop in the front-row, after our time together at Parra (Parramatta Eels).

“Speaking to Rich (Richard Marshall), I’m going to try and lead in a positive way too, through my actions.”

The 31-year-old was already based in the UK, after joining Toronto Wolfpack in 2018 and helping them earn promotion to the Betfred Super League.

Salford Red Devils head coach Richard Marshall said: “Darcy’s exactly the kind of dominant front-rower we talked about bringing into the squad when I arrived.

“He’ll offer us another big, physical presence in the middle and like Elijah (Taylor), he’s another player whose experience at the highest level will benefit some of our younger forwards.

“He’s an aggressive competitor, who I am looking forward to working with. He’ll also be fresh, as he hasn’t played for a year after representing Toronto.

“After speaking to him, he will be working extra hard in training to get back up to speed.”

This signing of Lussick on a one-year contract, follows the recent announcement that New Zealand international Elijah Taylor has also joined the Club.

Supporters can see them both in action with a 2021 season ticket. Further details can be found HERE.

Director of rugby and operations Ian Blease said: “It’s not often that we’re presented with the opportunity to sign a player with Darcy’s wealth of NRL experience, who also happens to have lived in the city before and has a deep understanding of our culture.

“All of those factors tell me that this is the perfect move, for both Darcy and the Club.

“Speaking with him, it’s clear that he’s super keen to get his career back on track in 2021 and have a big season for the Red Devils.

“I’m sure the supporters cannot wait to welcome another member of the Lussick family to the AJ Bell Stadium.”

If you are interested in sponsoring Lussick, or another member of the 2021 squad, please email: hannah.kilby@salfordreddevils.net