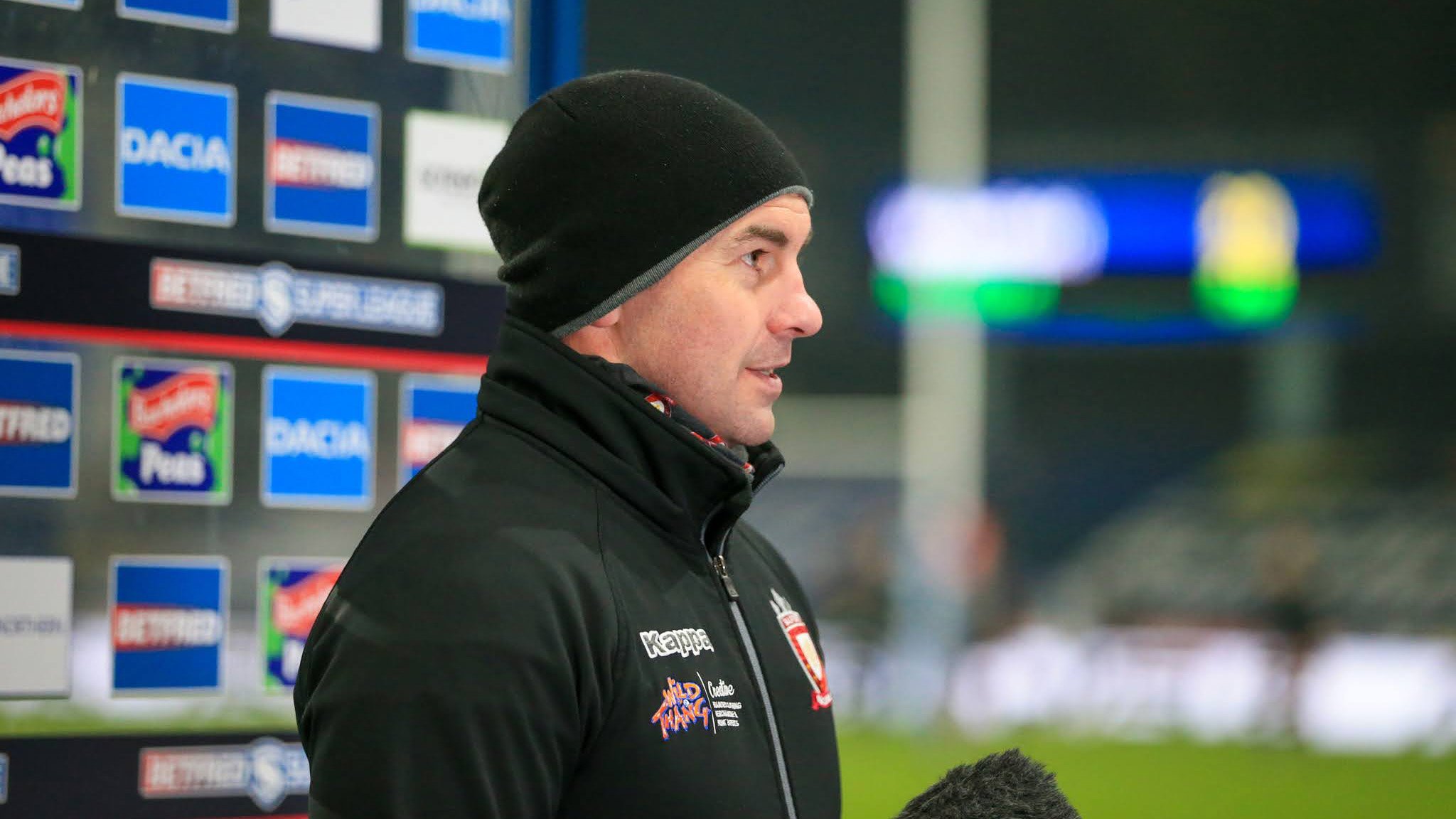 With the 2020 Betfred Super League season now at an end for Salford Red Devils, head coach Ian Watson has spoken highly of his squad.
After grinding out a 28-2o victory against Wakefield Trinity on Friday night in their last league game of the year, Watson was looking ahead to next season with positivity.
“I’m really positive about this group,” Watson said.
“They’ve really bought into being together as a team and as a club, and then on the field they’ve bought into what we’ve asked of them.
“The group of players are an absolutely phenomenal bunch of people to be around.”

???? Ian Watson spoke about using individual milestones in the build up to his side's final match of the season!

The head coach shared some kind words on Flanagan, who is hanging up his boots, and on Welham, who is stepping into the Betfred Championship to play semi-professional for Featherstone Rovers, as he prepares for a career outside of the sport.
“Adrian Morley was at the club at the backend of his career when I took over and I knew we needed somebody of that kind of stature that all the boys would respect and they’d want to follow,” said Watson.
“Flash (Flanagan) was that guy and he’s done it for the last five or six years, and it’s been an absolute honour to work with him.”
He added: “Welly (Welham) is just mister reliable, I love everything he does. He does everything that supporters don’t really notice about him.”
To hear more from Ian Watson, click HERE to watch the full press conference on RDTV.
Salford Red Devils supporters can get behind Watson’s men, by purchasing their season tickets for the 2021 campaign early.
Adult prices have been reduced across all areas, making it even more affordable to watch the team next year. Further details can be found HERE.
Image credit: Steve McCormick