Ian Watson | “We deserved more out of it”

Ian Watson | “We deserved more out of it” 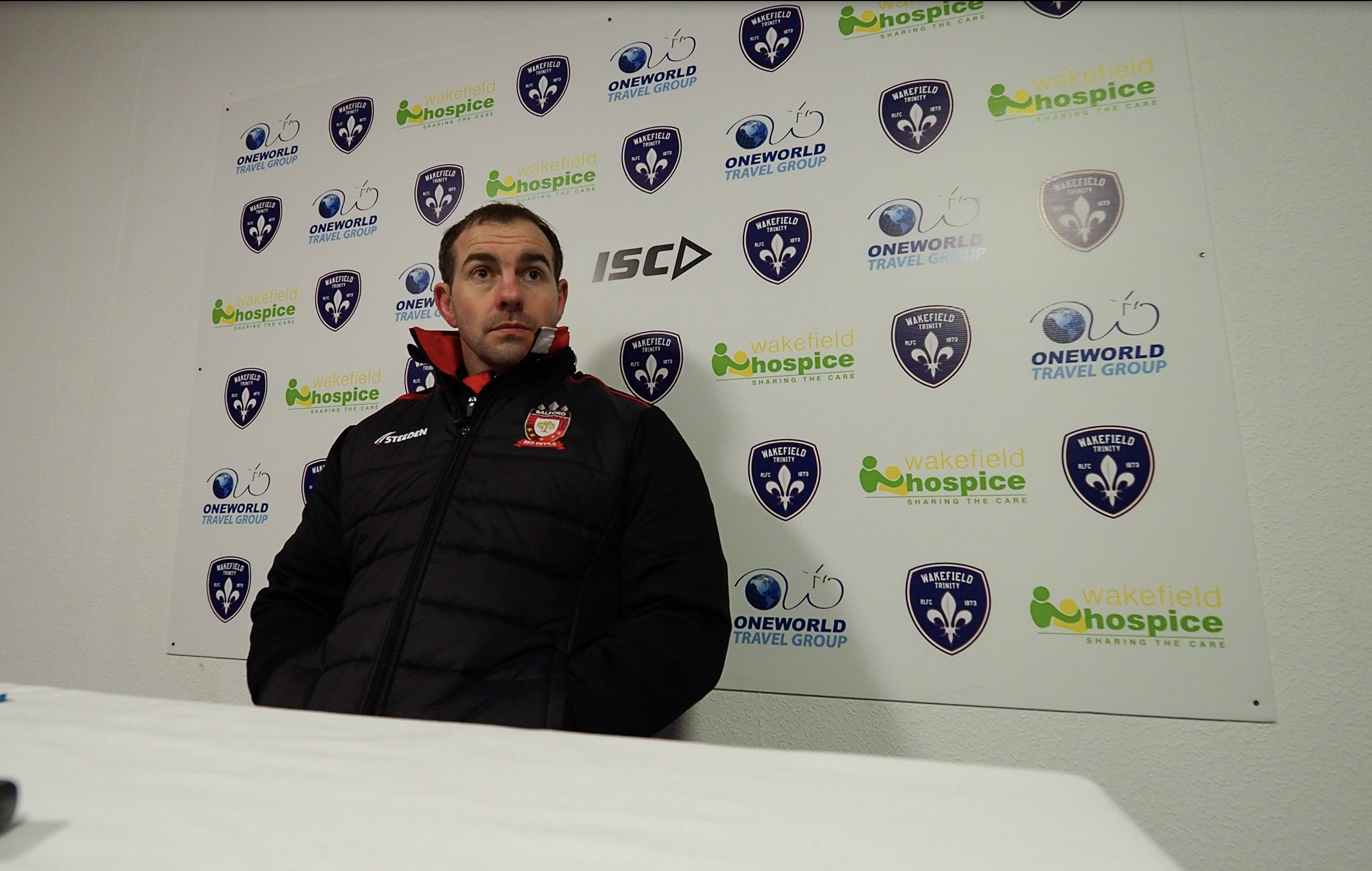 Following a narrow 14-12 defeat against Wakefield Trinity, Salford Red Devils Head Coach Ian Watson thought his side were outstanding and deserved more from the game.
Watson said: “I thought we were outstanding to be fair and consistent in areas which is what we’d spoke about.
“Against Wigan we were really good for like forty-five, fifty minutes and after that we kind of fell off it and we stopped doing things together as a team.
“We’d asked for consistency in our performance today and that’s what the boys worked on and to be fair I think they delivered and deserved more out of it to be fair.”
The result went down to the wire as Gareth O’Brien’s late conversion attempt went wide but Ian Watson concentrated on his sides performance rather than the result.
Watson said: “We’ve come to a team who’ve been talked up and spoke about being a top four team this year and kicking on from where they’ve been for the last three years.
“To come here and outscore them 3-2, we defended really well in large parts where our backs were against the wall on our goal-line defence in the first half.
“I just think the boys have stuck to the task and they’ve shown what we want to be about this season really which is competing against the top teams we just need to learn how to turn those into our results.”
Both sides turned the game into a real arm-wrestle at times and Watson was particularly impressed with his pack.
Watson said: “I thought our bench really lifted us.
“Lama [Tasi] and Moose [Lee Mossop] always gives us a solid start but I think our bench today really lifted us and lifted the intensity of the game.
“I’d say that’s probably the best game Koppy’s [Craig Kopczak] had for a long time.
“I thought Ben [Nakubuwai] showed what I kind of saw in Ben – great footwork at the line, getting his nose through and defensively very solid and worked really hard.
“He’s going to be a big player for us with a big future in the game as well.”