Ian Watson | “We got the rewards at the backend”

Ian Watson | “We got the rewards at the backend” 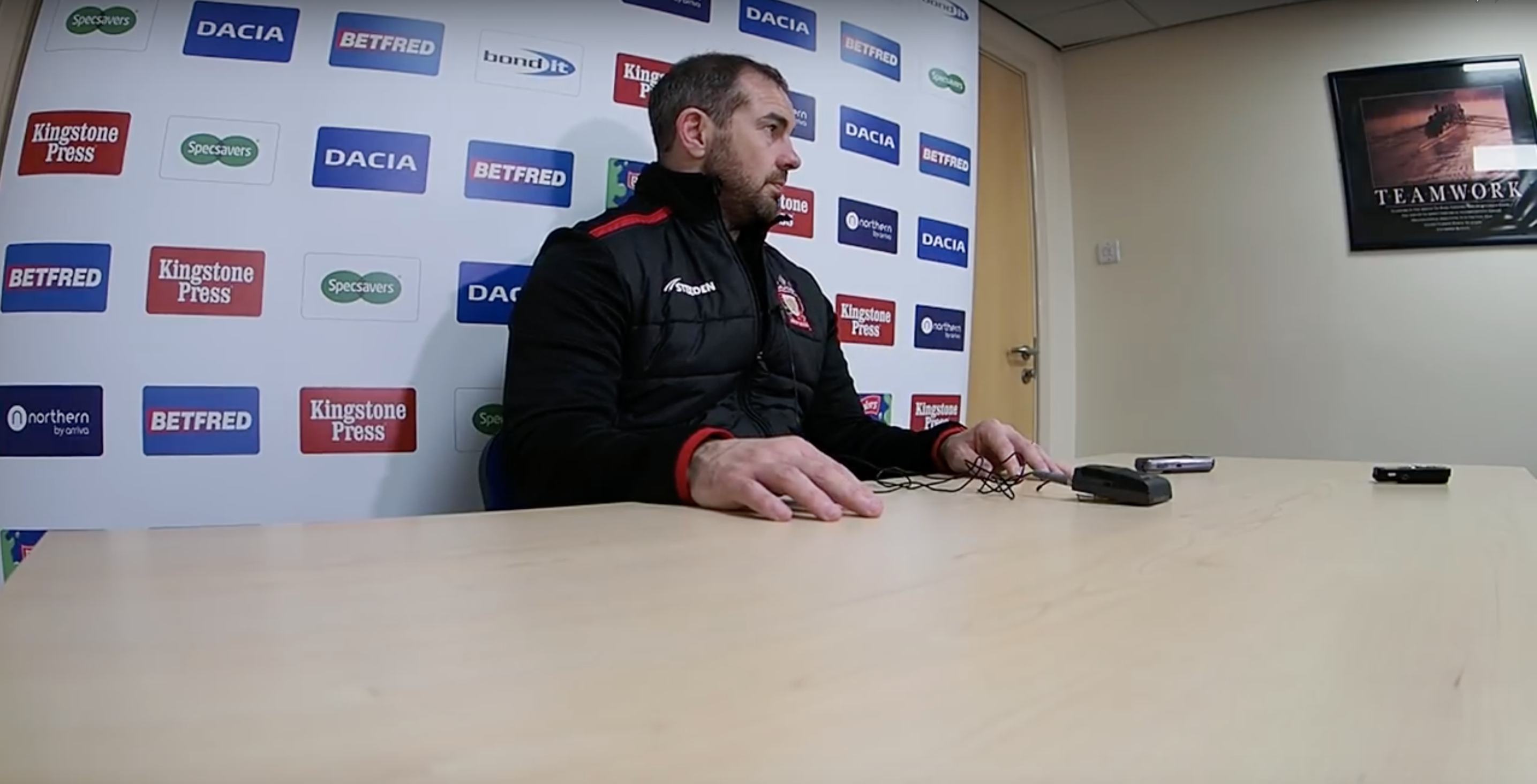 Salford Red Devils Head Coach Ian Watson was pleased with his sides patience in their victory over Huddersfield Giants and says his side weren’t thinking about their away form too much.
Watson said: “We’ve not even been worried about that. We’re confident wherever we go whether that will be home or away.”
He added: “We’ve played some good teams away from home so far in the early part of the season and in those games, we’ve been really competitive so that wasn’t a problem for us but I suppose it is good to get that monkey off your back but we’re not overly bothered about that.
“I thought we started well and then went a little scrappy in between we just needed to finish our sets a little better.
“But, in the second half we got that composure when they were having a real purple patch attacking our line and we defended really well, fronted up and we know it was going to turn at some point and we got the rewards at the backend.”
Ian Watson’s full press conference can be seen here: