IKAHIHIFO JOINS ON LOAN FROM GIANTS

IKAHIHIFO JOINS ON LOAN FROM GIANTS 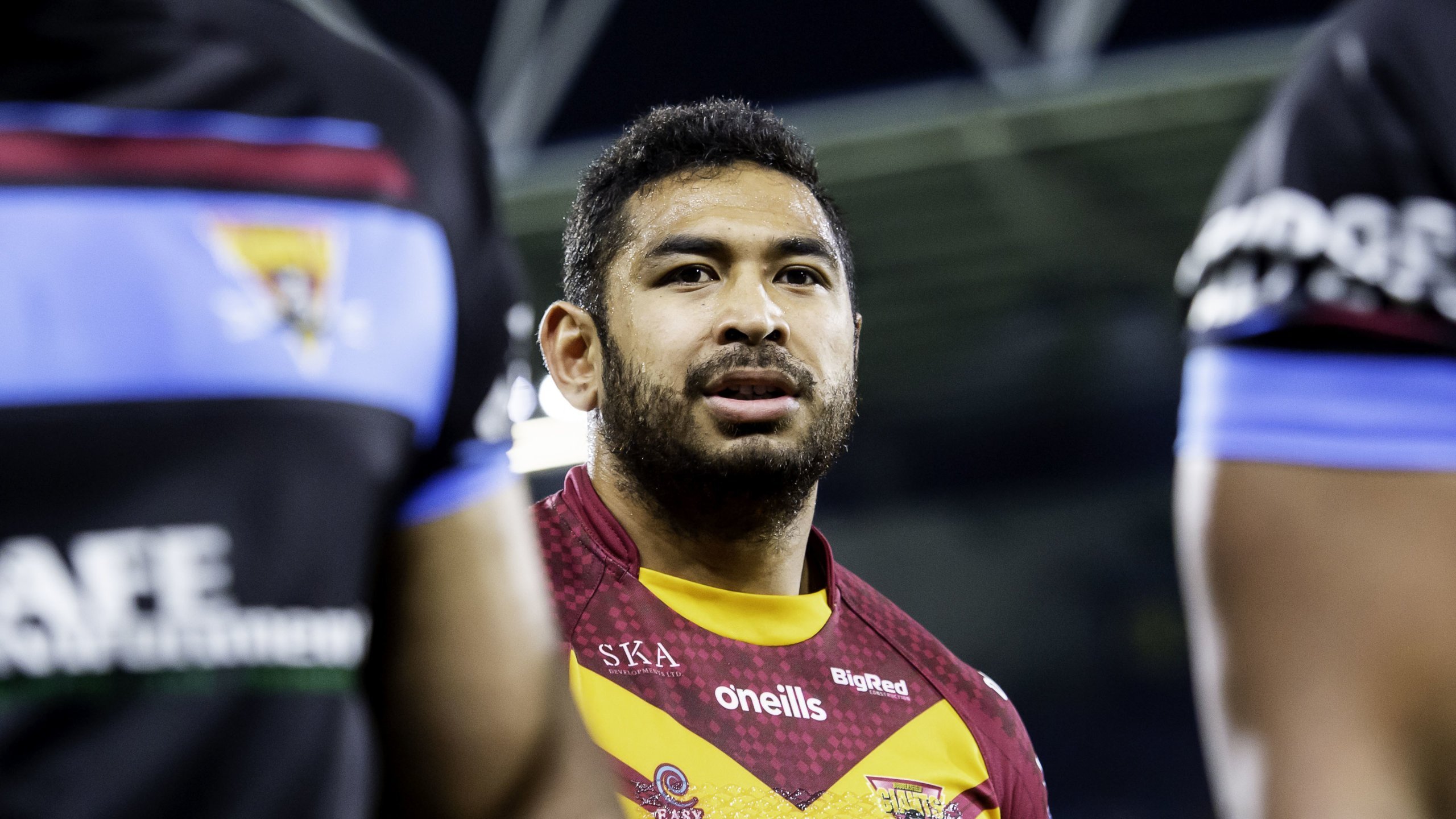 Huddersfield Giants forward Sebastine Ikahihifo has joined Salford Red Devils on a season long loan.
The former Super League Dream Team prop bolsters the Red Devils squad for the 2020 season, which supporters can contribute towards by joining Squad Builder.
Ikahihifo said: “I’m looking forward to coming into a new environment. Speaking to Ian Watson, I know he values culture and a team bond.
“I know he’s brought a lot out of players like Tui (Lolohea) and (Krisnan) Inu, and I’m determined to work hard, so I’m sure I can get back to my best form.”
He added: “I’m looking forward to getting a full preseason and getting my fitness back to it’s best.
“Greg Brown has a good reputation, so it will be good to work with him ahead of 2020.
“Fans can expect me to run hard and tackle hard next season.
“With that aggression, things happen. Bringing energy to the field will create offloads and tackle breaks, so other players can play off it.”
The loan signing of the 28-year-old further adds to head coach Ian Watson’s options in the Red Devils pack, following the signings of Ryan Lannon, Luke Yates, Jack Ormondroyd, Pauli Pauli and James Greenwood.
Watson said: “Seb’s a great addition to our squad and will make our pack even more formidable this season, working alongside the likes of (Lee) Mossop, (Gil) Dudson and (Pauli) Pauli.
“He’s a player who I’ve been chasing for a number of seasons. His power and pace has always impressed when playing for the Giants.
“Your pack have to have an attitude to work hard defensively and take tough carries and Seb certainly enjoys that side of the game.
“He’s an an awesome bloke off the field, who’s keen to come into our environment, so I know Seb and his family will enjoy their time at Salford.”
Anyone interested in sponsoring Ikahihifo, or other members of the 2020 squad, is advised to email: hannah.kilby@salfordreddevils.net
Salford Red Devils director of rugby and operations Ian Blease said: “We’ve tracked Seb’s progress for some time now and when we met him in person, both myself and Coach Watson were very impressed by his passion.
“He understands how he needs to apply himself with us this season and is eager to come to Salford and play the best footy of his career.
“Seb spoke about how he saw first hand how our team fought together as one on the pitch, when he played against us, and he wants to be a part of our team as we build for next season.
“I feel bringing him onboard is a very important piece of our 2020 jigsaw and was desperate to conclude the deal once I knew Seb was available.
“I would therefore like to thank Huddersfield for working on this deal with me.
“Seb will be a tremendous asset for the club and a player I, like many of the supporters I am sure, can’t wait to see in a Red Devils jersey in 2020.”
To purchase 2020 Season Tickets and see Ikahihifo in action throughout the campaign, click HERE, visit the AJ Bell Stadium Ticket Office, or phone on 0161 786 1570.