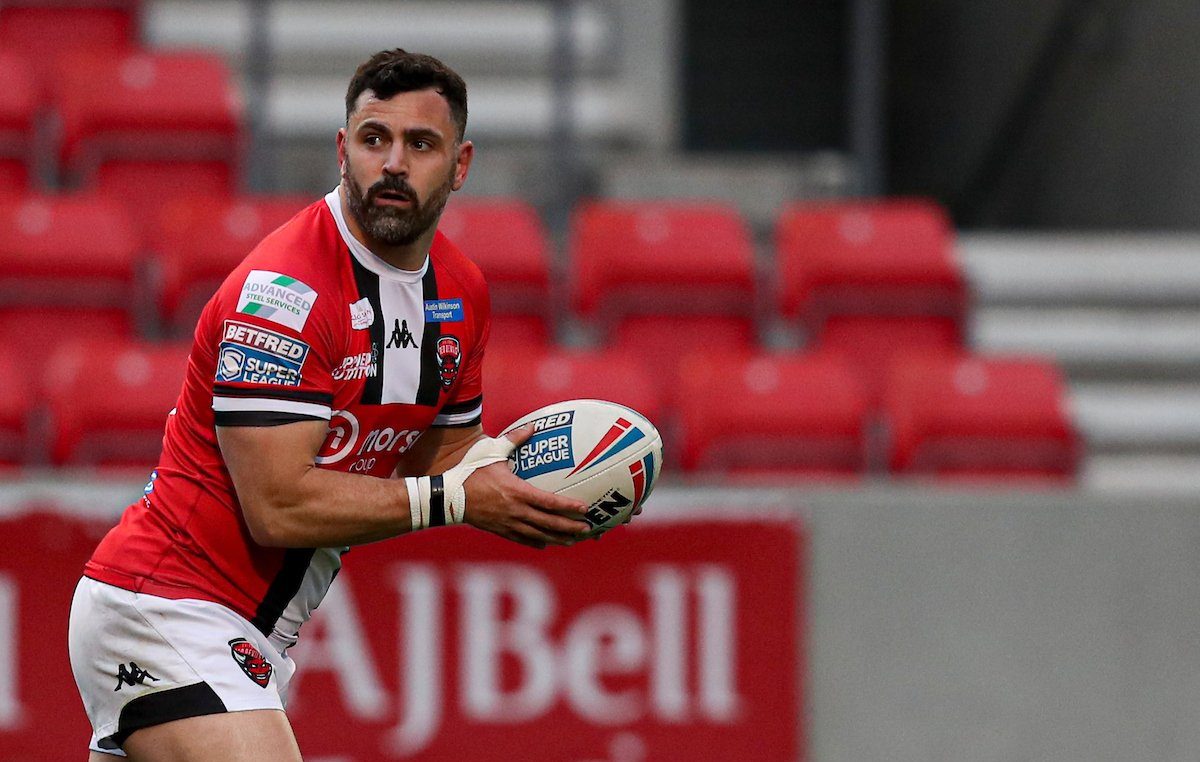 Salford Red Devils are pleased to announce that winger Rhys Williams has extended his contract until at least the end of the 2023 season.

The Welshman joined the club from London Broncos ahead of the 2020 season and helped Salford reach their first Betfred Challenge Cup Final in 51 years, scoring one of the most standout Wembley tries in the history of the competition.

Join Rhys at the AJ Bell Stadium this Sunday, when the Red Devils welcome the Rhinos for Round 1⃣1⃣.

In 38 appearances, Williams has scored 11 tries for Salford and has been one of the most consistent players in the squad since his arrival last year.

Speaking on why he decided to extend his stay, Williams said: “I’m enjoying my rugby. As long as I’m happy and I’m enjoying being around the team and working hard for them, then that’s good enough for me.

“I pride myself on my consistency and professionalism, and I aim to continue bringing that every week to put in a good performance come game day.”

The 31-year-old has had little experience of the Salford faithful before COVID-19 hit, so Williams is looking forward to playing in front of unrestricted crowds again.

I’m very excited. It was hard times with no crowds, especially at Wembley, so to get out on front of the fans is such a buzz and another reason why I wanted to commit to another 2 years.”

Speaking on Rhys’  contract extension, head coach Richard Marshall said: “I’m delighted to have Rhys extend his stay here at Salford, as one of my main goals for 2022 and onwards is to keep the core of our squad together.

“Rhys is an established international player and is consistently good on the wing each week. I’m looking forward to building on the great relationship I already have with him.”

Director of rugby and operations Ian Blease added: “I am delighted in getting Rhys to agree a new deal with the Salford Red Devils. Rhys has been up there as one of our best players for the last few years and has been a tremendous acquisition for the club since we signed him.

“An ultimate professional with ambition to win every game, he is a player with an exemplary attitude, with total and absolute commitment for our club.  I am so pleased that I’ve been able to agree the deal that will keep Rhys at the club for the next two years.”

Join Rhys at the AJ Bell Stadium on Friday 13th August when we host Huddersfield Giants for Round 19 of the Betfred Super League. Buy your tickets HERE.

It was great to have Roman Fury down at the AJ Bell Stadium yesterday!

What a result that was girls! 👏