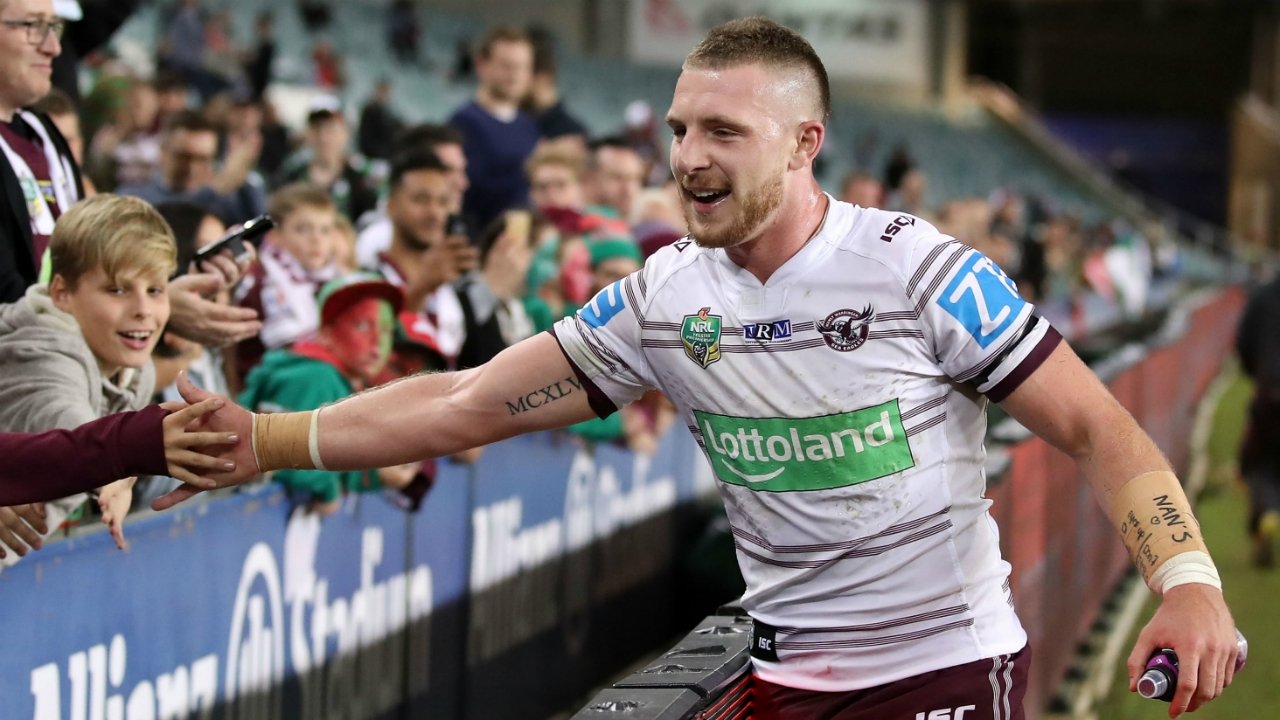 Earlier today Salford Red Devils confirmed the signing of Australian halfback Jackson Hastings for the remainder of the season and we caught up with the 22-year-old ahead of his move to the AJ Bell Stadium in an exclusive interview.
Hastings said: “I absolutely can’t wait to get over and get stuck into training, meet the boys, coaching staff and the wonderful fans – it’s an exciting time.
“I’m looking forward to keeping this Club where it belongs and that is in the Betfred Super League.
“But, first and foremost, my first goal is to rip in to training and show my new teammates and coaches that I’m a winner by training as hard as I can, preparing as well as I can and taking each game as it comes.”

✍️ Salford Red Devils can confirm that Jackson Hastings has signed with the Club for the remainder of the season.

“I know quite a bit about the Betfred Super League as I’m a huge Rugby League fan in general and always get up early to watch the televised games from abroad.
“I really respect and admire how good some of the players that the competition has produced are and I’m lucky I’ll now get the chance to mingle and play against them.”
Hastings will look to add another dimension to the Red Devils attack in the final few months of the 2018 campaign and is a vocal and creative halfback.
“I think my communication on the field has always been a natural strong point in my game. If you’re playing at 6, 7, 9 or 1 you are the voice of the team and need to be good at that,” Hastings said.
He added: “Competitiveness is something I base my game around and I pride myself on competing on every play no matter the result and doing all that I can to ensure the team gets the result we are looking for.
“The last major part would be my passing and kicking game. It’s something I work hard on and love seeing my team mates score or create opportunities off a nicely weighted kick or a nice sharp pass.
“I’ll do my best to bring this and more to the Club!”

The 22-year-old has played in England before with the Roosters and has already had a taste of life in around the Salford and Manchester area.
Hastings said: “I’ve been over before with my most recent trip coming three years ago with Sydney Roosters when we faced St Helens in the World Club Challenge series.
“I loved Manchester, especially the shopping. England is a great part of the world and I’m lucky to have family from and still living there at the moment.
“I have a lot of mates from rival clubs too, so hopefully I get the opportunity to get one up on them.”
The Australian halfback has impressed at both Sydney Roosters and Manly Sea Eagles and admits he has taken inspiration from two legends of the Betfred Super League.
Hastings said: “From an English standpoint I loved Kevin Sinfield and Danny McGuire as a kid. Leeds were a dominate team and were constantly on TV in Australia.
“As those two played similar positions to me I admired how good those two were and obviously Danny still to this day has all the tricks in the book.
“The big one was Johnathan Thurston. Everything that he did and still brings to the table is something I truly admire and respect.
“He’s a once in a generation player and I still can’t believe I’ll get to say I played against him.
“I can’t wait to get over and join the Salford Red Devils.”

Now that the news out, who’s looking forward to seeing lifelong Salford fan @RyanBrierley in our club colours next season? ... 🤩