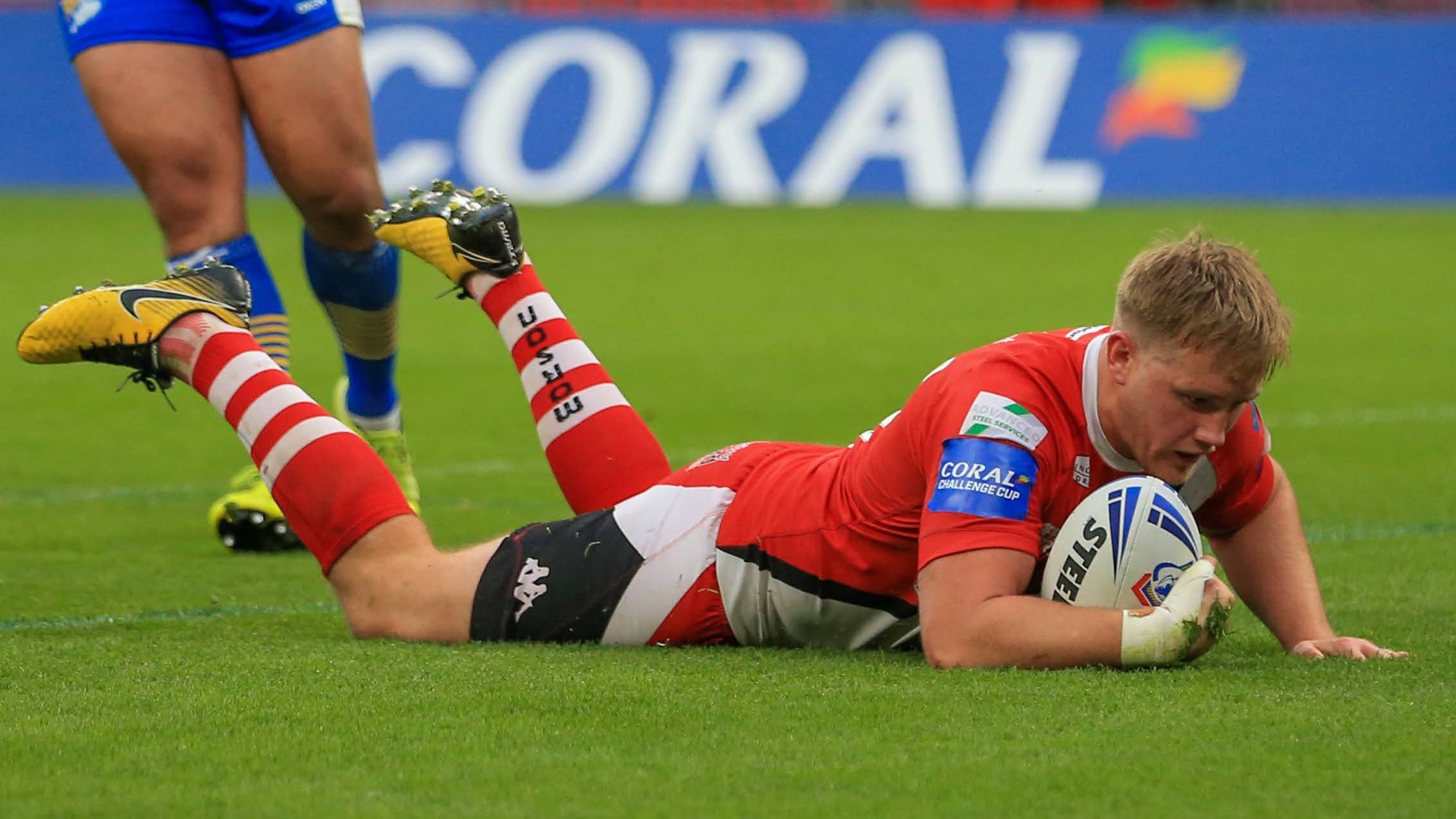 Salford Red Devils’ James Greenwood believes the Club’s culture had changed massively when he returned to the AJ Bell Stadium permanently this year, compared to his time as a loanee in 2015.
The 29-year-old arrived at Salford five years ago on loan from Wigan Warriors, and after signing permanently from Hull Kingston Rovers this year, noticed a big difference in the Club’s setup.
“I probably couldn’t even describe how different it is,” Greenwood said.
“I think it’s the culture, the staff and Ian Watson – just what they’re trying to build now.
“They’re getting players to perform together – wanting to perform together, and the proof is in the pudding. They’ve got a really good culture going, I think that’s huge.”
Greenwood played a pivotal role in Salford’s Coral Challenge Cup run, scoring in the Quarters, Semis and the Final, which can all be watched on RDTV.
Speaking on his Wembley try, Greenwood said: “At the time I thought we’d just about managed to start breaking Leeds down. In our heads we were like ‘we’ve got these now.’
“I’ll definitely look back on it as part of my career, three consecutive cup games and three tries.”

Salford have no time to dwell on the disappointment of last weekend, with Wigan next on Friday night in the Betfred Super League.
“We’ll be back in training, focusing on that game. Wigan was the last game before lockdown at home, and we did a job on them then,” Greenwood added.
“I don’t see why we can’t do a job on them again, I think they’re there for the taking.”
All matches from Salford Red Devils’ 2020 Coral Challenge Cup campaign are available to watch on RDTV.