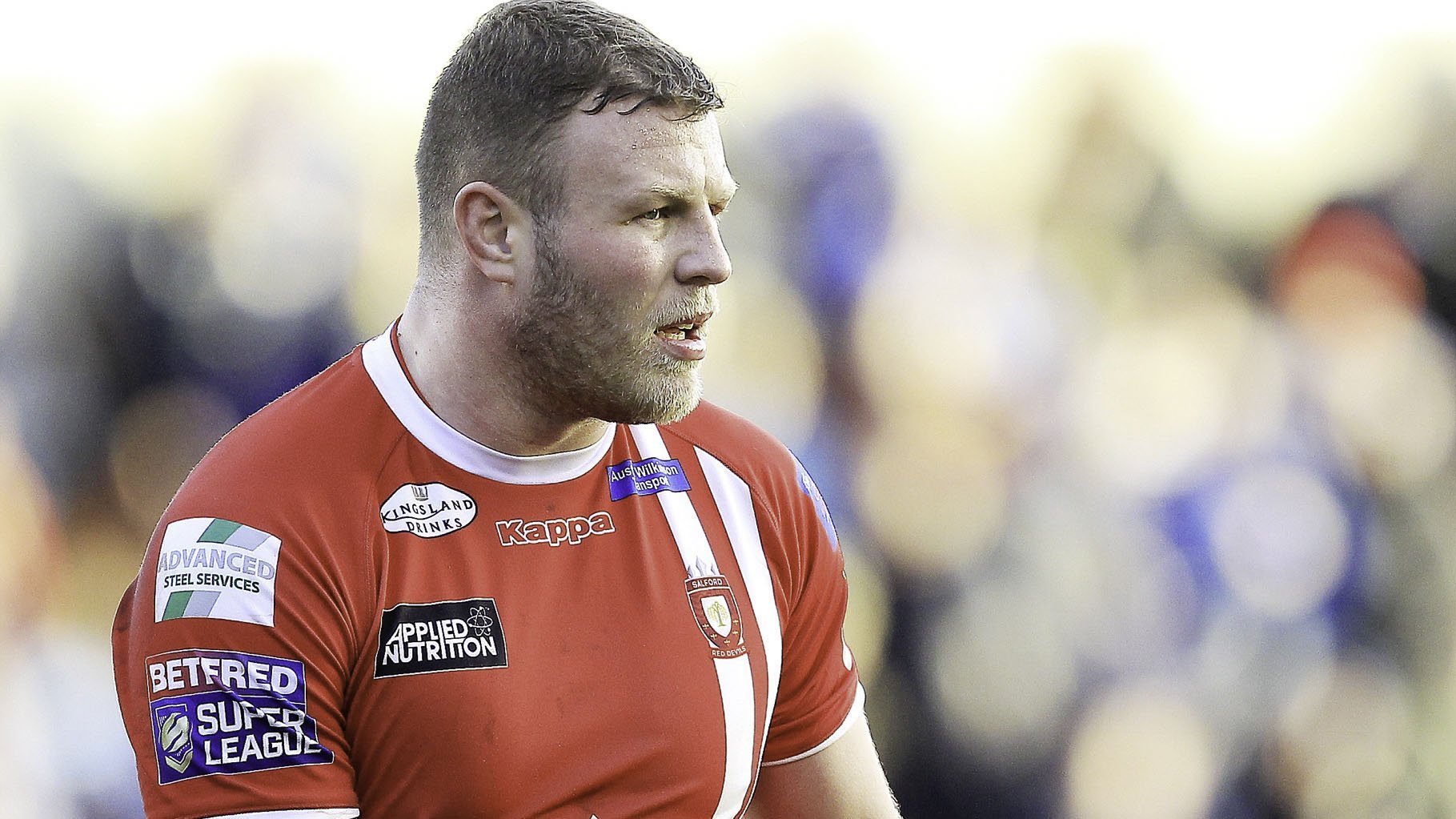 Salford Red Devils forward Josh Jones has been named in a 29-man Great Britain Performance Squad that will meet for the first time next week, to begin the preparations for this autumn’s first Rugby League Lions tour since 2006.
The 26-year-old joins Red Devils head coach Ian Watson in the Great Britain setup, after Watson was named as one of the assistants to Wayne Bennet, who will be head coach for the tour of New Zealand and Papua New Guinea.
Watson said: “Josh has been outstanding in his performances this year and his selection is thoroughly deserved.
“Prior to the start of the season, we spoke about consistency and Josh fulfilling his potential.
“I believe he’s been Super League’s standout back-rower in 2019 and has had a massive impact on where we sit in the table.
“I hope now that Josh can make his international debut for Great Britain.”
Salford currently sit joint-third in the Betfred Super League table and are next in action on Friday night against Leeds Rhinos.
The Great Britain Performance Squad has been selected by a seven-man panel led by Bennett, alongside Watson and his fellow assistant coach Danny Ward, team manager and former GB captain Jamie Peacock and three more former GB tourists in Paul Anderson, Paul Sculthorpe and Paul Wellens.
The squad will gather in Leeds on Tuesday week (September 10), and training sessions will then begin during the Super League play-off series in early October.
Great Britain’s first appearance on the international stage since 2007 will be a first ever Test against Tonga in Hamilton, New Zealand on Saturday October 26.
That is followed by Tests against New Zealand on each of the next two Saturdays (at Auckland’s Eden Park on November 2, and Orangetheory Stadium in Christchurch on November 9), before Great Britain conclude the tour in Port Moresby on November 16, a first Test in Papua New Guinea since 1996.
All four Tests will be shown live on the BBC, with extended highlights later in the day.
You can next see Jones in action at the AJ Bell Stadium on Sunday 15th September, when Salford Red Devils host Hull KR. Click HERE to purchase tickets.