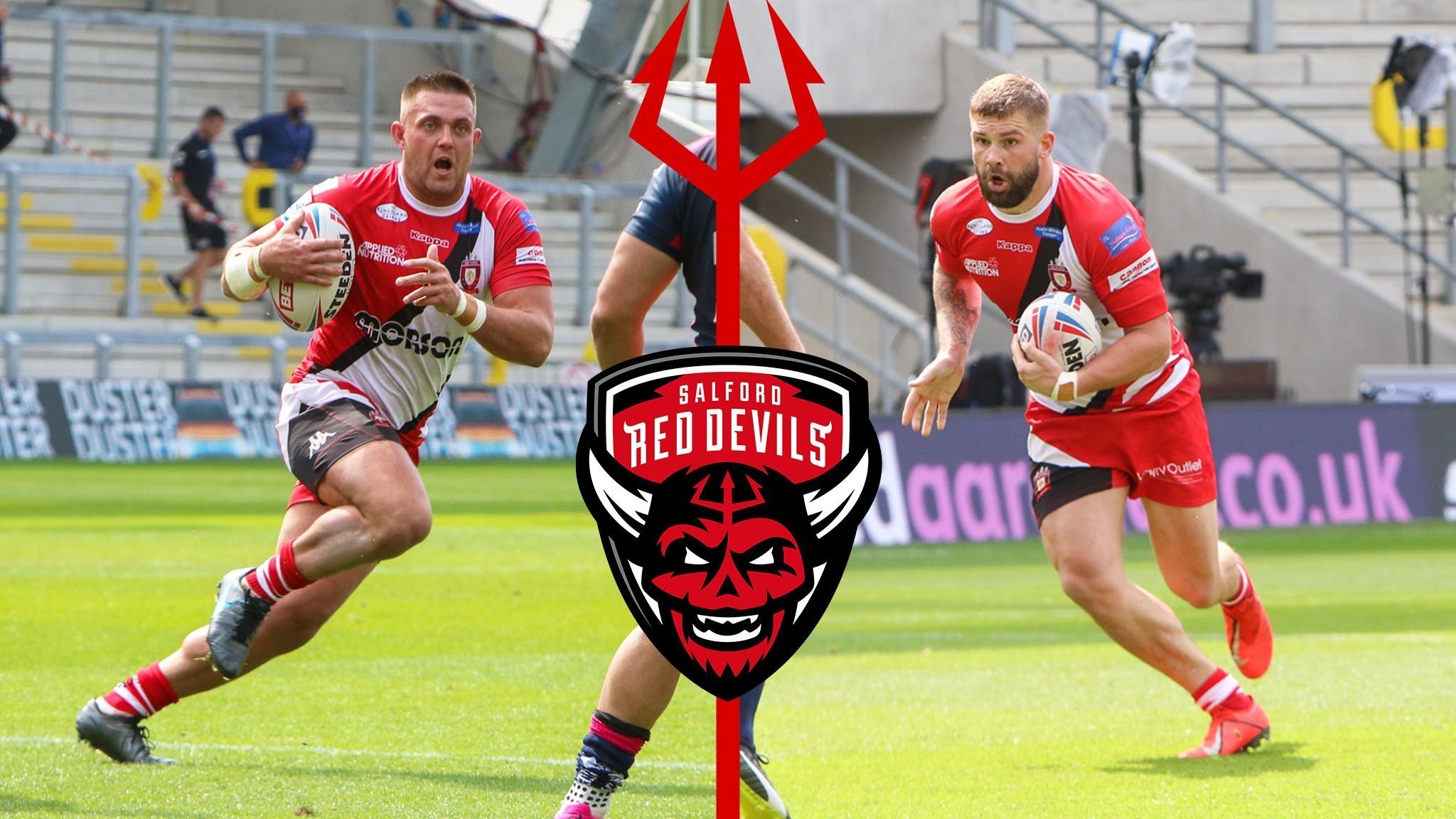 The forwards were both already onboard for the 2021 campaign, but have now been secured until the end of the 2023 season.

Both Johnson and Lannon started their youth careers at Salford and rejoined the Club during the 2019 season, when the team finished third in the Betfred Super League table and went on to reach the Grand Final.

Head coach Richard Marshall said: “These two players have already impressed me with their attitude and commitment to the Club.

“They bring a lot to the team, especially in defence, so extending their contracts will bring some stability there.

“Both were involved with the Club as youth players too, so hopefully seeing them continue to succeed at the elite level can help inspire some talented youngsters.”

Johnson and Lannon will be joined in the pack this season by a number of new signings, including recently announced additions Elijah Taylor and Darcy Lussick.

Supporters can get behind Johnson, Lannon and their new teammates, by purchasing a 2021 season ticket. Further details can be found HERE.

Director of rugby & operations Ian Blease said: “Securing these two long-term will give us greater stability in the pack moving forward.

“Josh is a real success story, as someone who was given an opportunity by us and has taken it with both hands.

“He never looked out of place from his arrival and had progressed to the point last season, where he was imposing his dominance upon some of the best players in the competition.

“Meanwhile Ryan, is a player who simply belongs with us.

“He has a particularly strong connection with the supporters, and I know he can’t wait to be back in the stadium with them.”

If you are interested in sponsoring a member of the 2021 squad, please email: hannah.kilby@salfordreddevils.net