Josh Johnson – “We want to get some silverware”

Josh Johnson – “We want to get some silverware” 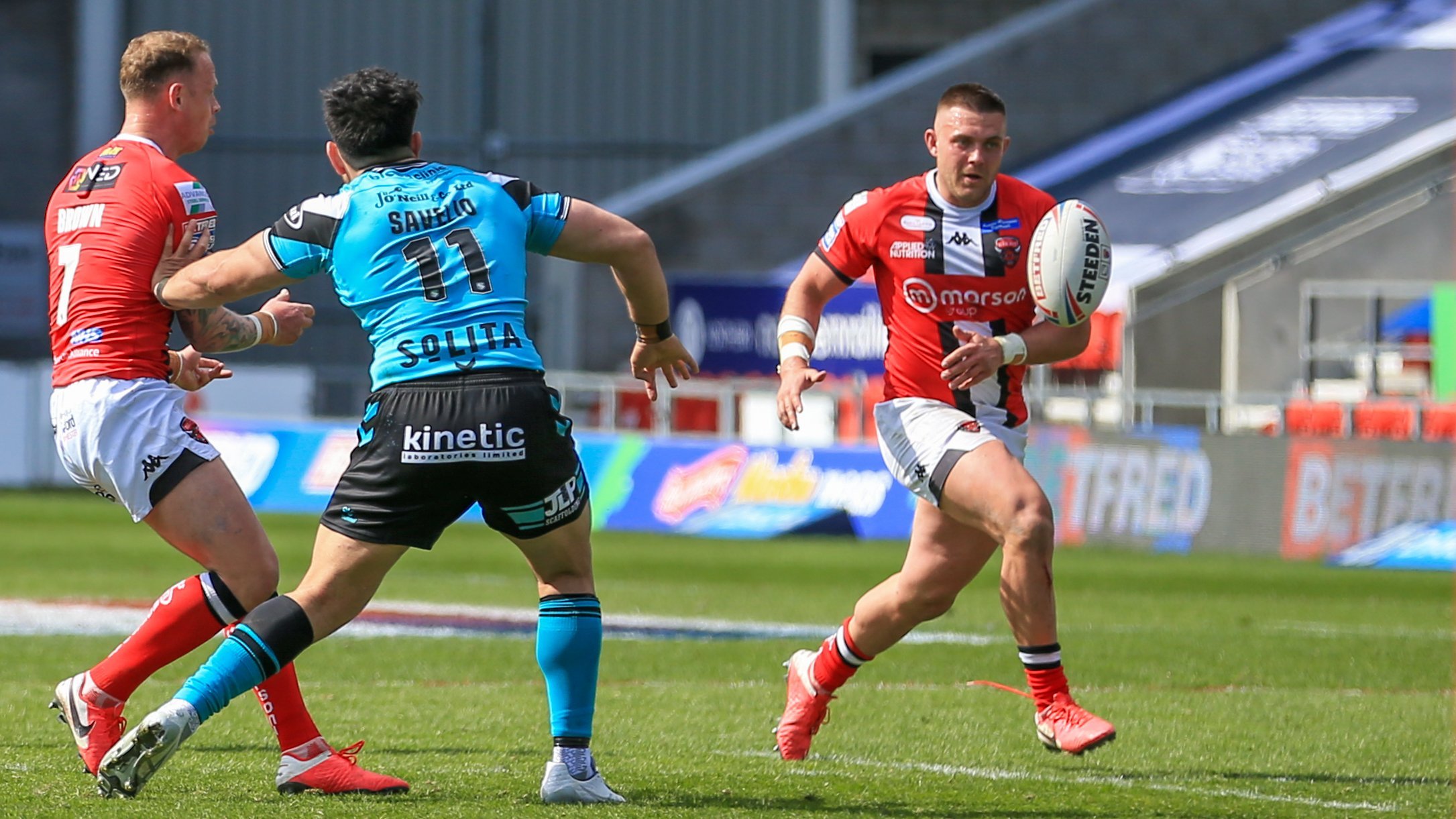 Salford Red Devils prop Josh Johnson believes his side are on the road to more memorable occasions this season, despite a rocky start so far.

Speaking after making his return from injury against Hull FC last Saturday, Johnson remained confident that the Red Devils were on track to compete over the course of the Betfred Super League season and that fresh faces in both the staff and the squad had brought a new energy to the team.

Johnson said: “It is quite refreshing having new people come in because it brings new ideas, new drills, just a whole different thing, a new set of eyes looking on what we are doing. So, on a personal note, it has probably helped me so I think it can only push us on even further.

“Our ambitions this year are no different, we want to get some silverware and we have come up short twice now.

“I think everyone in the squad and the new additions we have brought in, we are all heading in the same direction and I think we are going to turn it around and get to some more big occasions and get some silverware.”

🗣 “We want to put a strong team out and go and win the game.”

The pre-match press conference is underway with Richard Marshall, who is looking to respond well to recent losses in Saturday’s @Betfred #ChallengeCup Third Round clash with Widnes.

On the prospect of facing Widnes Vikings in Round Three of the Betfred Challenge Cup this Saturday, Johnson is ready for what he believes is still going to be a tough test against a strong Betfred Championship side.

“Widnes are a tough opposition, like you say they are in the Championship, but that gives them that extra bit of hunger to try to turn us over, so we have got to be ready for that this weekend.

“I think they will come with a lot of hunger and aggression and I think we will need to match it and out enthuse them and our talented players in our squad will overcome them and I am confident we will get the win.”

You can purchase an Our League game day pass for Salford’s Third Round tie against Widnes Vikings HERE, at an early bird price of £4.95.