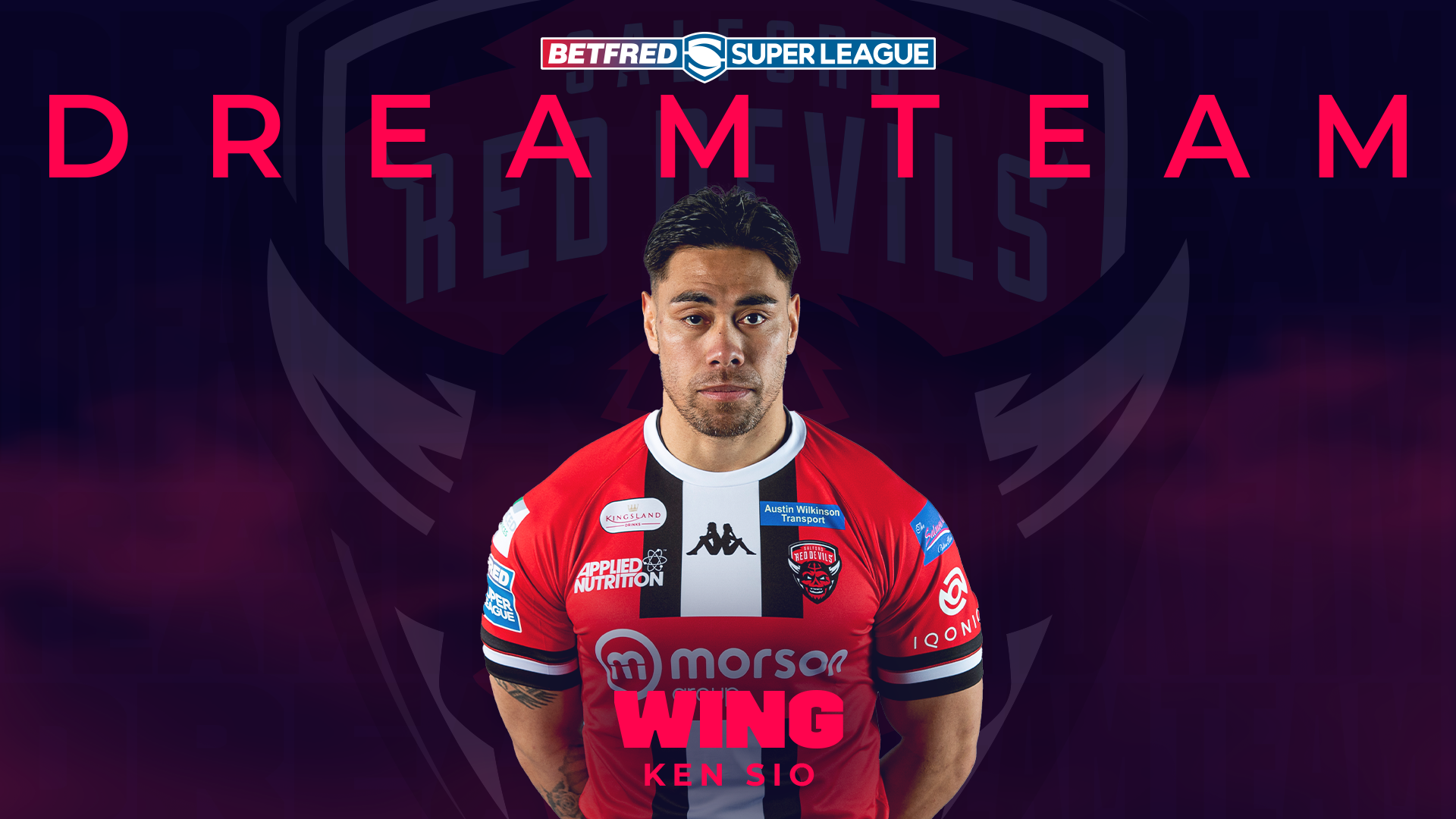 Salford Red Devils’ Ken Sio has been named on the wing in this year’s Betfred Super League Dream Team.

Our number 2 has been selected for his prolific try scoring ability this year, topping the chart with 19 tries in 19 appearances.

Sio has been taking home all the awards recently, finishing the regular season as top try scorer in the league, picking up five accolades at our annual player awards evening, winning last month’s Slim Chicken’s Player of the Month and now featuring in the 2021 Dream Team.

The 30-year-old, who recently announced he will be staying at Salford for another two seasons, is also in contention to win Super League’s Northern Assist Try of the Month for September, with voting available HERE.

Is this effort from the 2021 top try scorer your @northernassist Try of the Month for September? 🤔

Back onto the Dream Team, this year’s features players from six different teams and includes seven new faces, as well four players who retain their spot from 2020.

Man of Steel Panellist, and four-time Dream Team player, Terry O’Connor said: “I have had the pleasure of watching these extraordinary athletes perform to the highest levels, week-in-week-out this season and it is a tremendous reward to see them recognised with a place in this years Betfred Super League Dream Team.

“To see players from half of the teams in the competition I think shows the depth of talent currently on show in Super League, even more so when you consider some of the players who missed out on a spot in the Dream Team.”