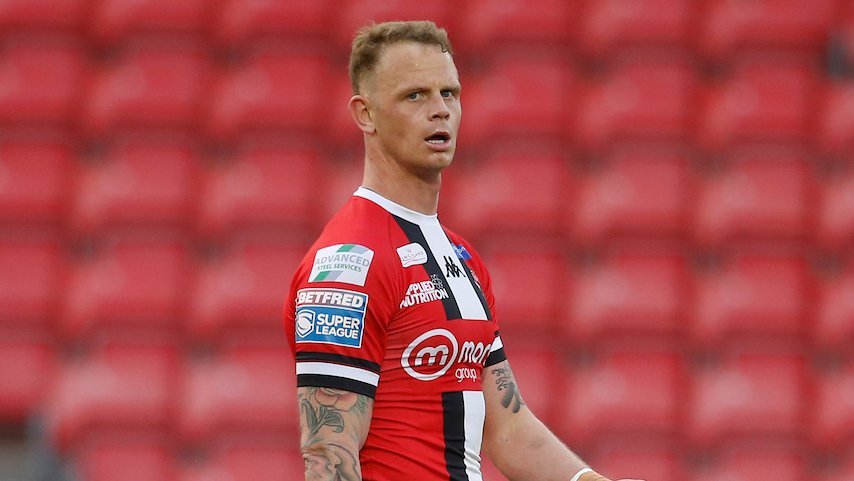 Despite being 36 years old, Salford Red Devils’ number 7, Kevin Brown, is feeling as sharp as ever.

The halfback is one of the most senior players in the squad, but he won’t let age dictate his condition and his performances.  scoring two tries in last weekend’s win over Leigh Centurions.

“I’ve played 5 games now this year, at the age of 36 I’m feeling fantastic and hopefully I’ll build on the form I’ve been performing at.”

Brown is eager to build on his side’s first win of the 2021 Betfred Super League season last week and insists with a fully fit squad, Salford can provideown  plenty of excitement to this year.

“We’ve had quite a few injuries and we’ve not wanted to talk about it,” said Brown.

“But the quality of Danny Addy, Kallum Watkins, Joe Burgess still to come in is something that really excites me.”

2⃣ Tries and a Man of the Match performance from @kevjonbrown!

Second in command at Salford, Brown has become a leader in the dressing room, on and off the field.

Brown added: “I think my role has been pretty similar for the last 10 years.

“That’s to make everyone else understand the coaches plans on the game plan, really push and understand where they need to be and attack and try and lead by example.

“That’s my role as a player and the vice-captain of the club. Number one is to play well and then closely followed by getting everyone in position and letting them know what the coach wants.”

Salford welcome Castleford Tigers to the A.J Bell stadium this evening, before the two sides face off again next week in the Betfred Challenge Cup Quarter-Final.

“We’ve done some video on them, for me they’re the best attacking side in the competition… they have been for a number of years.”

“It’s work time this week, there’s a lot of work to do. We want to go on a run now and put some back-to-back performances in.”

Due to the social media boycott that Salford Red Devils are in support of, live coverage of tonight’s Round 5 clash with Castleford will not be provided by the club, but will be available on the Betfred Super League website.