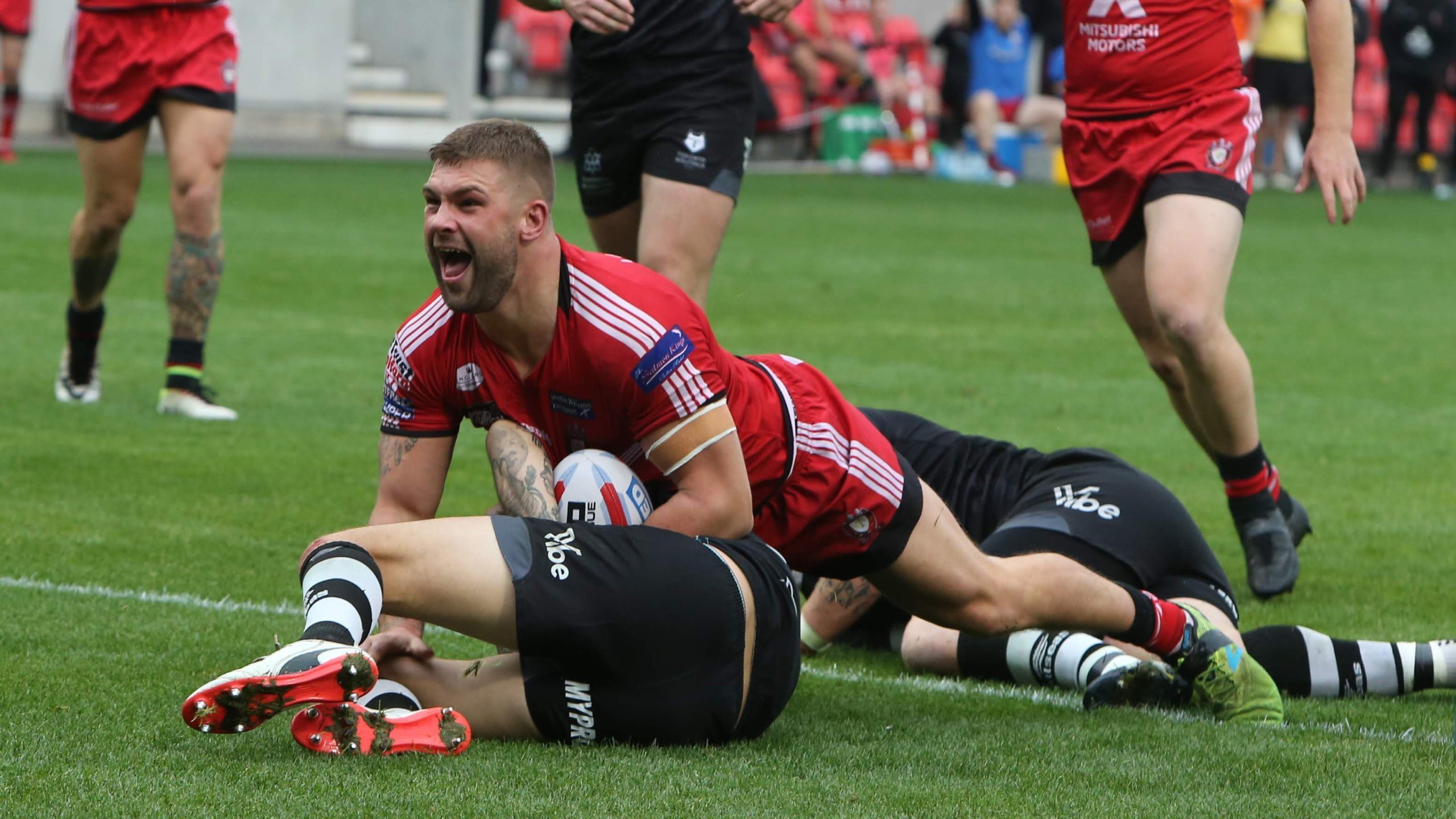 Salford Red Devils are pleased to announce that Ryan Lannon has returned to the club on a permanent basis.
The Red Devils academy product, who was part of the team which helped Salford reach the Betfred Super League Grand Final after rejoining the club on loan midway through the 2019 campaign, has made the switch permanent in a move which sees Daniel Murray join Hull Kingston Rovers.
Lannon said: “It’s great to be back here, because this is where I thought I was playing my best rugby, before I left.
“It was great to be around the boys again when I came back this year, so it was no-brainer to come back permanently.
“I’m confident when I play here and I have a good relationship with all the fans.
“When I came back, they made me feel welcome. It was like I’d never been away.”
The back-rower made his senior debut for the Red Devils in 2015 and has made over 60 appearances for the club.
Head coach Ian Watson said: “I’m happy that we’ve been able to bring Ryan back to Salford.
“The club has been a big part of Lannon’s rugby career and where I believe he’s been happiest, which shows in his performances on the field.
“Lannon has a very bright future in the game and this year, I believe we’ll see him improve even further.
“On the field, he’s a player who opens up opposition defences and is a physically tough defender. which will add to our squad.”
The 23-year-old will join his former Hull KR teammates Chris Atkin and James Greenwood in the Red Devils squad for the 2020 season.
Anyone interested in sponsoring members of the 2020 squad are advised to email: hannah.kilby@salfordreddevils.net
Salford Red Devils director of rugby and operations Ian Blease said: “We’re delighted to have Ryan back here on a permanent basis.
“He’s someone who we didn’t want to lose in the first place and advised not to go.
“I think it’s shown that he reaches another level, playing within our setup.
“Like many players, he thrives in the environment which has been created here and I’m sure that will be the case for the other additions to our squad.”
To purchase 2020 Season Tickets and see Lannon in action throughout the campaign, click HERE, visit the AJ Bell Stadium Ticket Office, or phone on 0161 786 1570.