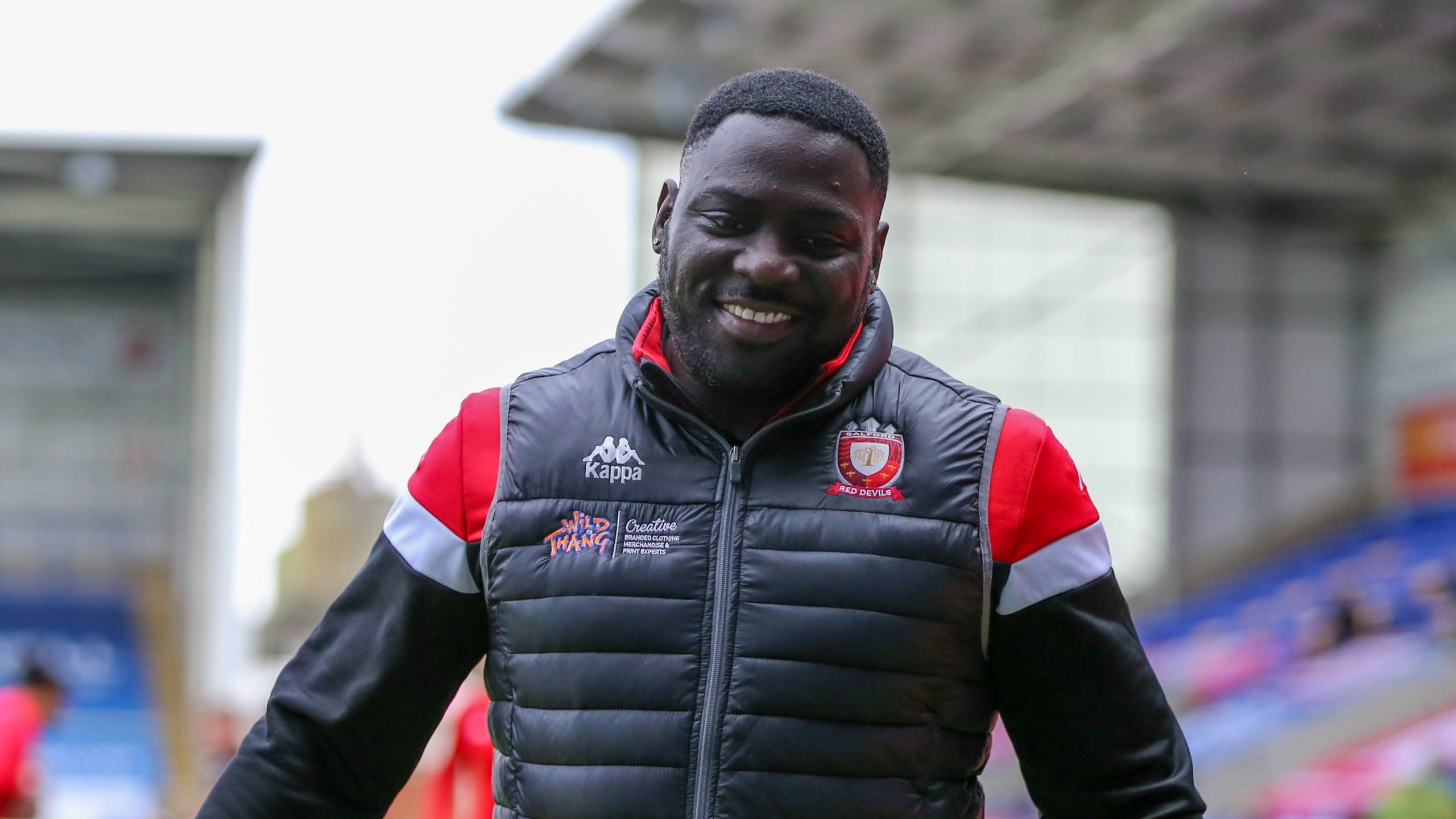 Player welfare and team manager Marlon Billy has committed his long-term future to Salford Red Devils, following the conclusion of his first full season with the Club.

Since joining in September 2019, Billy has provided essential support for players and staff, in relation to their lives on and off the field.

Billy said: “I’ve really enjoyed my time at the Club so far. We’ve got a great group of players and there’s a real family feel.

“It’s been a dream to be part of some big occasions with them and it’s made us all hungry for more.

“All of us want to win and I look to help out with the pressure of that and the impact it can have.

“Now we’re after continued success, to build up the Club further.”

The spotlight has been firmly on the squad since Billy’s arrival, with appearances in the Betfred Super League Final at Old Trafford and the Coral Challenge Cup Final at Wembley.

Red Devils captain Lee Mossop said: “Marlon has a really important role and he’s got the kind of character that makes him a great bloke to have around the place.

“He’s someone who’s massively respected by the players and I think that’s crucial.”

Director of rugby and operations Ian Blease added: “Securing Marlon long-term is really important for the way in which his role operates.

“He’s been a great asset to us since joining last year, with his professionalism and natural ability to develop relationships. More than that though, his enthusiasm is infectious an everyone will be delighted to have him with us going forward.”

Supporters can get behind the Club ahead of the next campaign, by purchasing 2021 season tickets early. Adult prices have been reduced across all areas, making it even more affordable to watch the team in action. Further details can be found HERE.