Marshall – “He’s a shining star for us”

Marshall – “He’s a shining star for us” 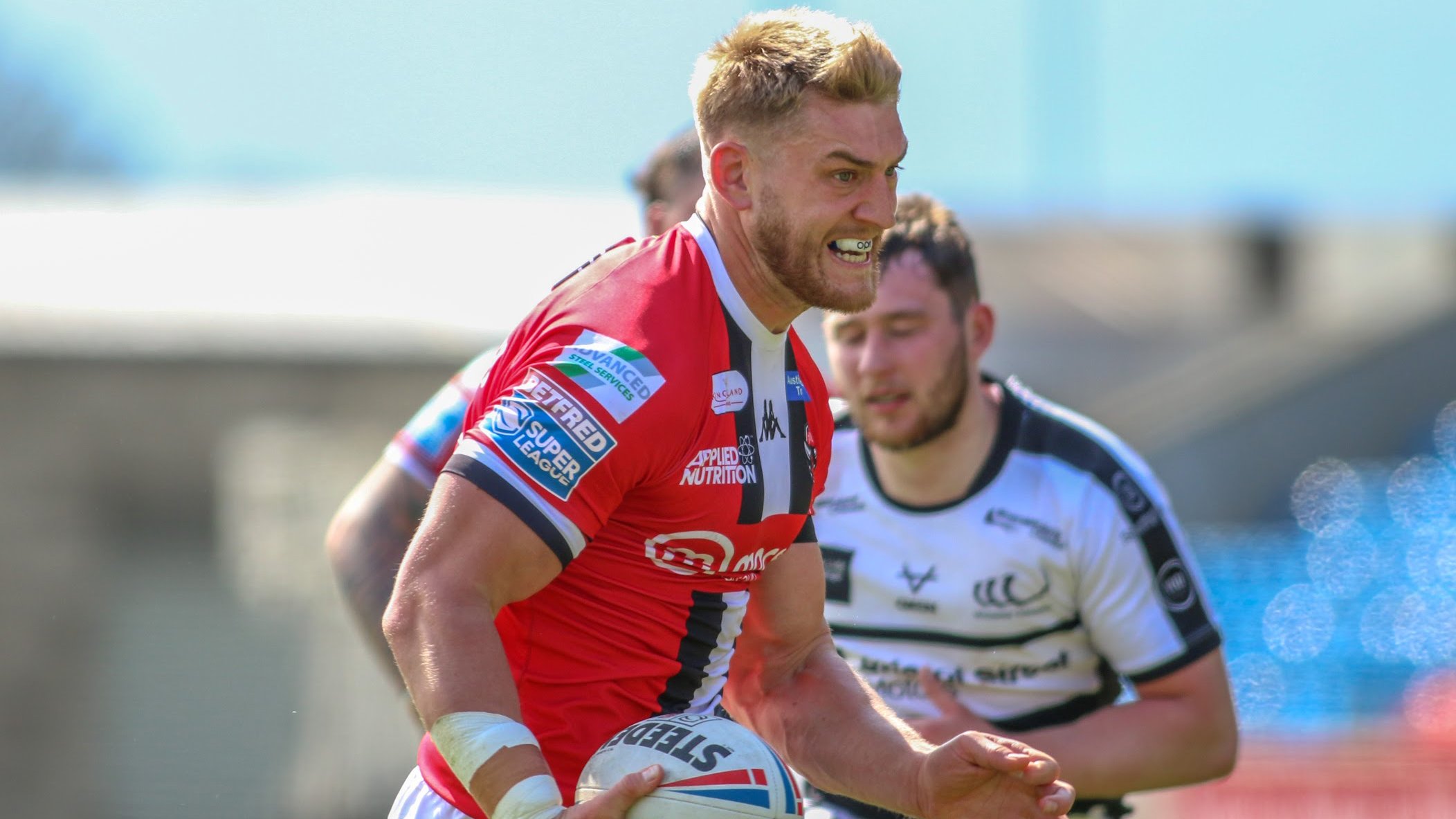 Head coach Richard Marshall was delighted with a number of individual performances from his Red Devils side in last Saturday’s comfortable victory over Widnes Vikings in the Betfred Challenge Cup.

The dominant 68-4 victory over Widnes booked the Red Devils a place in the Quarter-Finals of the Betfred Challenge Cup, in what was Marshall’s first runout in the competition as the Salford head coach.

The victory was highlighted by a Man of the Match performance from Jack Ormondroyd, and Morgan Escare and Matt Costello both picking up two tries each on their debuts for Salford.

It was a particularly great afternoon for Ormondroyd, who repeatedly broke the Widnes line and looked a constant threat, capping his Man of the Match performance with a try of his own.

👏 A quality performance, capped with a try, from our number 25 @jackormondroyd!

Speaking on Salford’s number 25, Marshall said: “He’s one of those unsung heroes within our team. He had a really good, solid game for us, he looked strong in contact, but his challenge would be to do that every week.

“He’s probably on the periphery of the first team at our club. He’s not a young man anymore, if he wants to be a Super League player, he’s going to have to play week in, week out against the best team and packs in the country.

“He’s been good over the past couple of weeks so he’s a shining star for us.”

Marshall was also full of praise for Escare and Costello.

“They’ve obviously been knocking on the door the last couple of weeks,” Marshall added.

“Both new players to our club and both took their opportunities really, really well. I thought defensively, Matt had some reads when challenged and I thought Morgan was everywhere… he’s electric. They’ll gain a lot of confidence.”

📽️ Watch all the tries from yesterday's dominant 68-4 victory over @WidnesRL now!

Despite the blowout win, Marshall still acknowledged the effort put in from Widnes, in a contest that began quite evenly matched.

Marshall said: “They had some quality in their troops. I thought their half backs had a good go and challenged us at times. But for our guys we scored some wonderful points.

“Albeit it was against a Championship side, but you’ve still got to score, make breaks, offload and from that point of view it was really encouraging.”

Salford travel to Castleford Tigers in the Betfred Challenge Cup Quarter-Final, which will be contested over the first weekend of May.