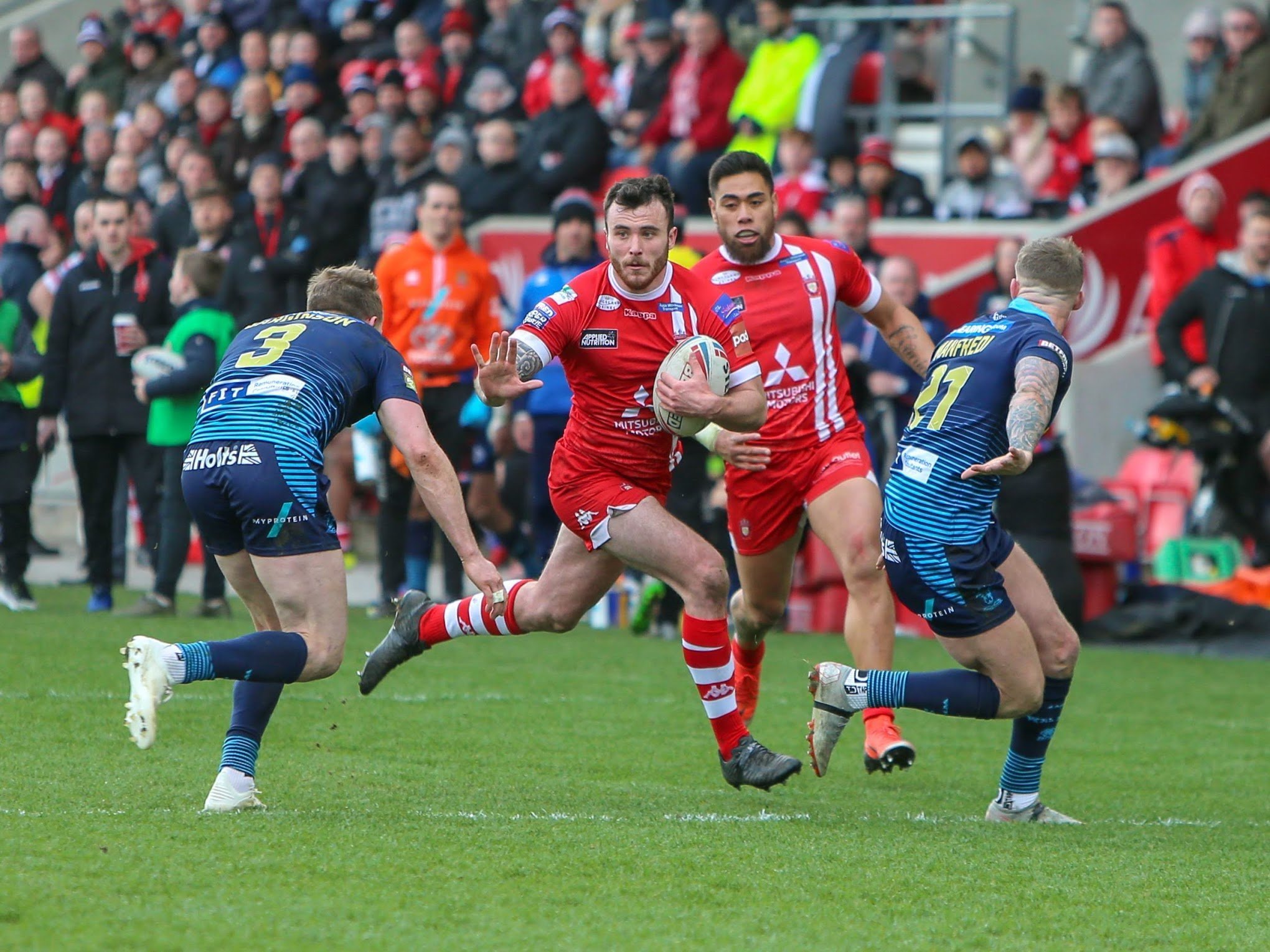 Salford showed a spirited attacking mentality last Sunday when they came up against Wakefield Trinity at the Mobile Rocket Stadium, with tries from Niall Evalds, Kris Welham, Derrell Olpherts and Jackson Hastings.
However, the Red Devils’ defence failed to hold off in the first half resulting in a 24-10 advantage to the home side at half-time.
Despite two tries in the second half of the game from Olpherts and Hastings, Salford fell to a 33-22 defeat leaving them sitting sixth in the table ahead of today’s clash against Hull FC.

Since their 0-46 victory over Catalan Dragons in early March, Salford have suffered three losses in a row to Castleford Tigers, Wigan Warriors and Wakefield Trinity.
However, the Red Devils have shown a spirited performance in recent games, scoring at least four tries in their past five games.
With Salford and Hull FC sitting at sixth and seventh place in the table at eight points each, both teams will be looking for a reaction in today’s meeting that offers the opportunity for either team to climb up the table.

It’ll be all action at the AJ Bell Stadium as today’s game against Hull FC is taking place on ‘Salford Health Day’ in partnership with the AJ Bell Group.
Celebrating his 70thbirthday, Salford legend Steve Nash will make an appearance on the pitch 15-minutes before kick-off, accompanied by some of Salford’s other heroes from 74 and 76.
Half-time entertainment will see an attempt at breaking the record for a mass Tai Chi demonstration, guided by the Wai Yin Tai Chi masters, along with a performance from Salford’s own Red Angels Cheerleaders.

Wai Yin will be at the AJ Bell Stadium on Sunday to hold our mass demonstration record attempt at half-time sponsored by @SalfordCCG
#TogetherStronger pic.twitter.com/CVJtr83Nsa
— Salford Red Devils (@SalfordDevils) April 5, 2019

Today will see the return of Tyrone McCarthy and Ben Nukubuwai, replacing Adam Lawton and Daniel Murray who is out for injury.
Junior Sau has also been named in Ian Watson’s 19-man squad ahead of today’s game against Hull FC.

Deon Cross picked up his first try for Salford and first try in @SuperLeague, in Round 1 at the Mend-A-Hose Jungle!

3⃣ Red Devils in the @superleague Team of the We