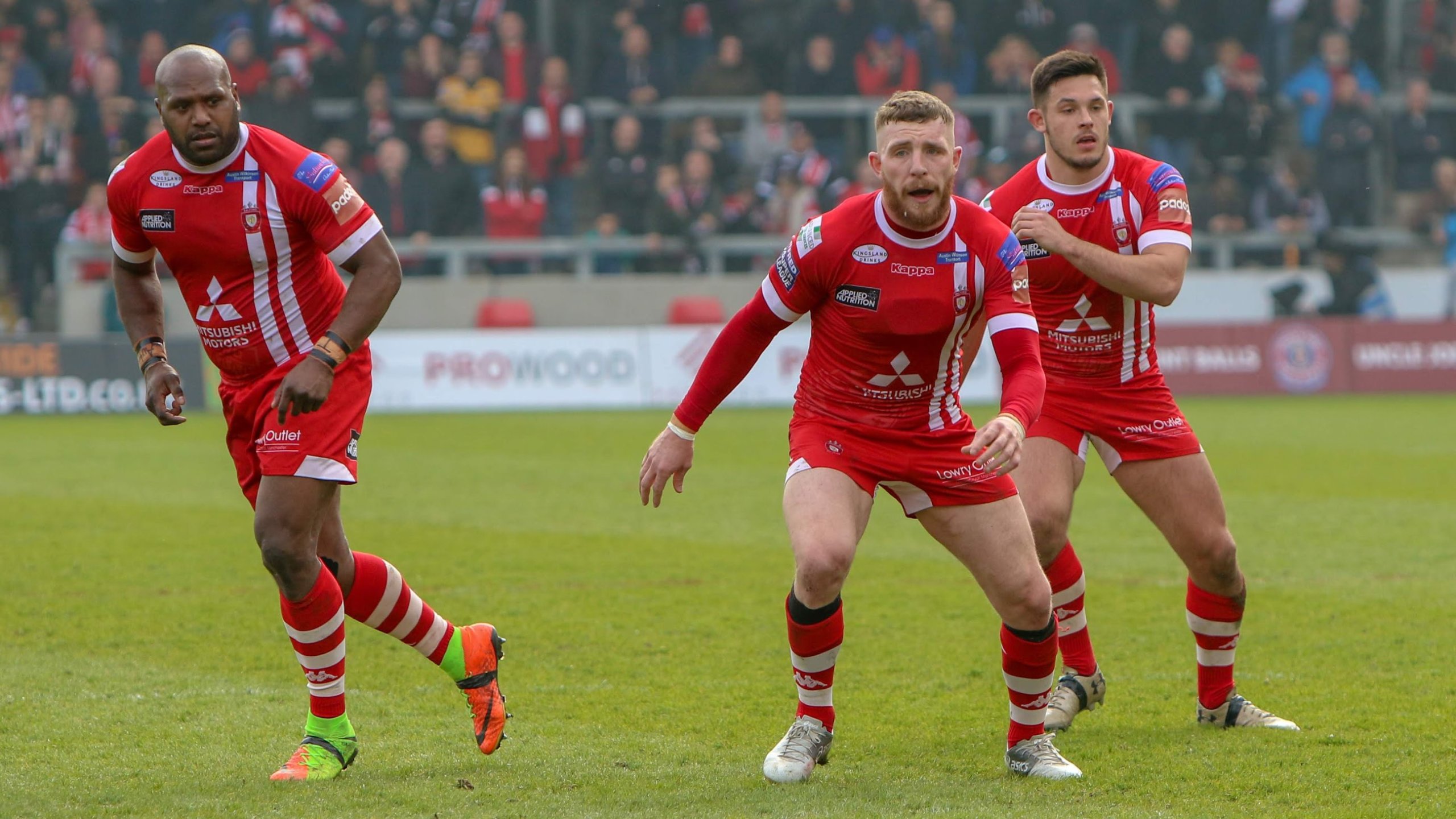 Salford will be looking for a win in today’s Challenge Cup clash after suffering a 16-23 loss to Hull FC last Sunday.
The Red Devils struggled to break through the Hull defence early on in the game, until Josh Jones managed to get a hand on Rob Lui’s low kick into touch.
With a further two tries from Niall Evalds and Jackson Hastings in the second half and a hat-trick from Hull FC’s Josh Griffin, it was Marc Sneyd’s kicking skills that won Hull the victory with five conversions and a drop-goal.

👀@NEvalds1993 try from the weekend, that helped take him back into the top ten for @StevePrescott1 Man of Steel, with another point from this weekends game.
💪#TogetherStronger #newbeginnings pic.twitter.com/cFrIKs4TbL

Rochdale also fell to a 24-48 loss in their previous Championship game against Halifax with Lee Mitchell, Jack Higginson, Ellis Robson and Carl Foster all going over for the Hornets.
Their visit to the AJ Bell Stadium will be Rochdale’s second Challenge Cup match after they won by a single point in a 21-22 victory against Whitehaven.

Since Salford’s impressive 46-0 victory over Catalan Dragons, Sunday’s loss meant that the Red Devils fell to a fourth straight defeat; their longest losing run of the season so far.
Rochdale Hornets have also struggled in recent games, losing six of their last seven Championship matches.

3⃣ Red Devils in the @superleague Team of the We