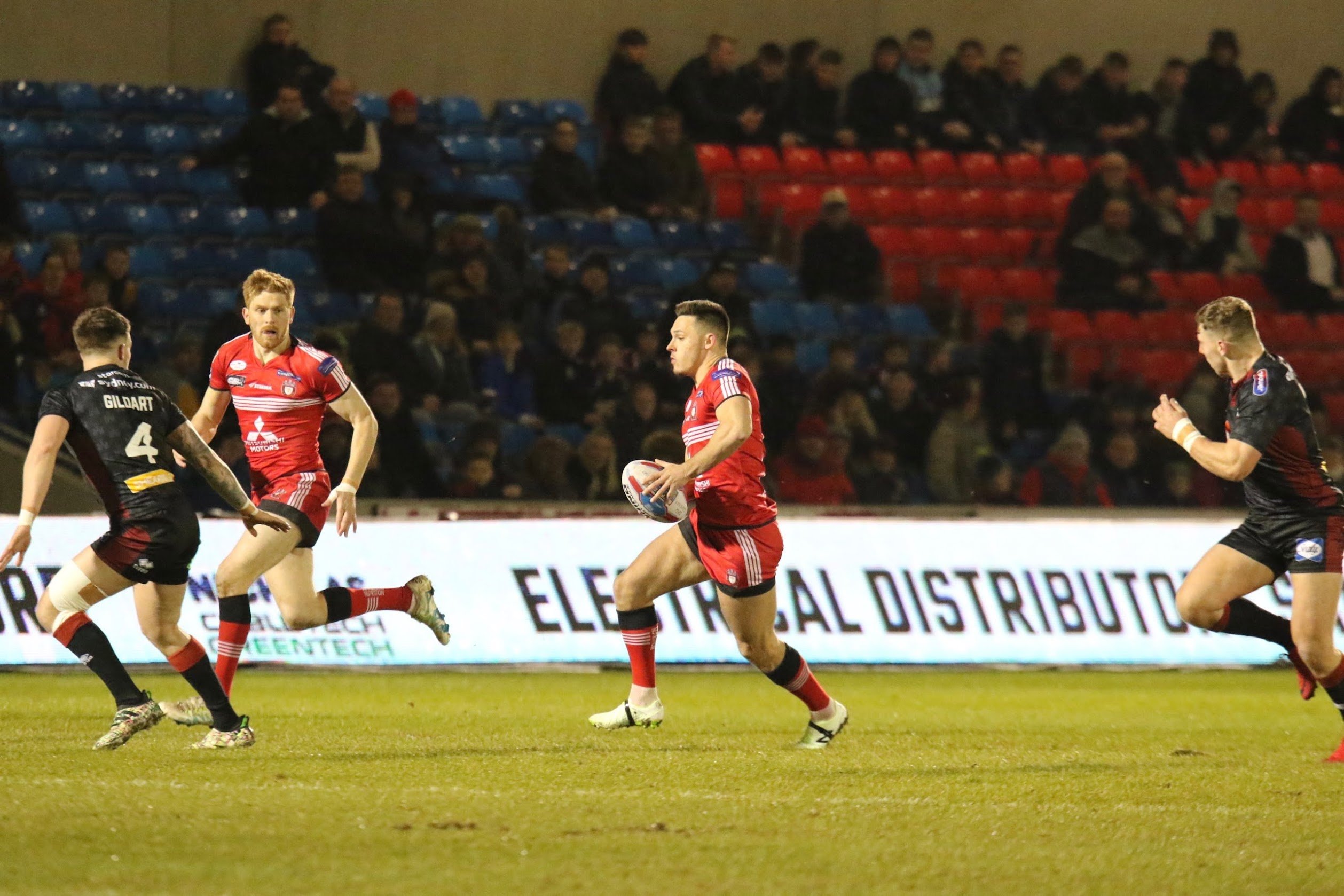 Ian Watson’s Salford Red Devils travel to the Mobile Rocket Stadium to face Wakefield Trinity in their opening Betfred Super League away game of the 2018 season and will be looking for their first competitive victory of the year.
Match Preview
Last season both Salford Red Devils and Wakefield Trinity were two of the surprise packages. Both sides managed to earn their places in the Super League Super 8s with The Red Devils earning their highest-ever Super League regular season finish.
While Salford started the season stronger, Wakefield finished the season in fine form and almost really upset the apple cart by earning a Super League semi-final spot but were just edged out by St Helens.
Both sides have strengthened in pre-season bringing in big names and will be looking to build on their positive campaigns last year. Salford are looking for their first win of the 2018 Super League season while Wakefield will want to make it back-to-back victories in front of their home crowd.
Last Time Out
The Red Devils didn’t have the perfect start to the 2018 season suffering a 12-40 defeat at the hands of Wigan Warriors. Kris Welham crossed early for Salford to open the scoring but unanswered tries from Tom Davies, Oliver Gildart (2), Morgan Escare, Liam Marshall (2) and Tony Clubb sealed victory for the visitors. Niall Evalds grabbed a late try for Salford.
As for Wakefield, they carried on where they left off last season defeating Betfred Super League newboys Hull Kingston Rovers. Tom Johnstone was pivotal crossing for a hat-trick while Bill Tupou, Liam Finn and debutant Ryan Hampshire all scored for Chris Chester’s men. Hull KR managed just a solitary try through Chris Clarkson after the break.
Previous Meetings
Salford overcame Wakefield in the Ladbrokes Challenge Cup quarter-final last season but lost the other three meetings against Trinity in the Super League and Super 8s.
However, the arrears are even in the last ten meetings between the sides with The Red Devils winning on five occasions and Wakefield similarly. Salford’s last victory at Trinity came in 2015 thanks to a Harrison Hansen double – more details in this week’s factfile here.
In this week’s flashback we took a trip down memory lane to a memorable 32-6 win over Wakefield in 2011 which you can read here.
Head-to-Head
This week’s head-to-head sees us pit two young wingers against each other in Salford’s Jake Bibby and Wakefield’s Tom Johnstone. Both have broken into their respective teams in recent seasons and offer serious threats on the flank for both sides.
Bibby has really consolidated a regular first team spot in The Red Devils side and with Manu Vatuvei looking to be out for the season this really could his breakout season. As for Johnstone, he grabbed a hat-trick in Trinity’s opening game of the season against Hull Kingston Rovers and is looking to continue where he left off before his injury.
Whichever winger can keep the other one quietest this evening could well see their side come out on top.
Team News
Greg Johnson and Mark Flanagan are the two people who leave the Salford squad this weekend with Ben Nakubuwai and Logan Tomkins coming into the 19-man squad. Tomkins has recovered from a small knock which saw him miss last weekend’s game against hometown Club Wigan Warriors.
Craig Huby is set to make his first appearance for Wakefield since returning from an injury which saw him miss the backend of last season. Pauli Pauli, Ryan Hampshire and Justin Horo could all be set to make their home debut for Trinity.
Squads
Wakefield: Arona, Ashurst, Caton-Brown, England, Fifita, Finn, Grix, Hampshire, Hirst, Horo, Huby, Johnstone, Jones-Bishop, Kirkmond, Lyne, Miller, Pauli, Tupou, Wood.
Salford: O’Brien, Welham, Sa’u, Evalds, Lui, Littlejohn, Kopczak, Tomkins, Griffin, Jones, Hauraki, Tasi, Burgess, McCarthy, Nakubuwai, Wood, Olpherts, Mossop, Bibby.