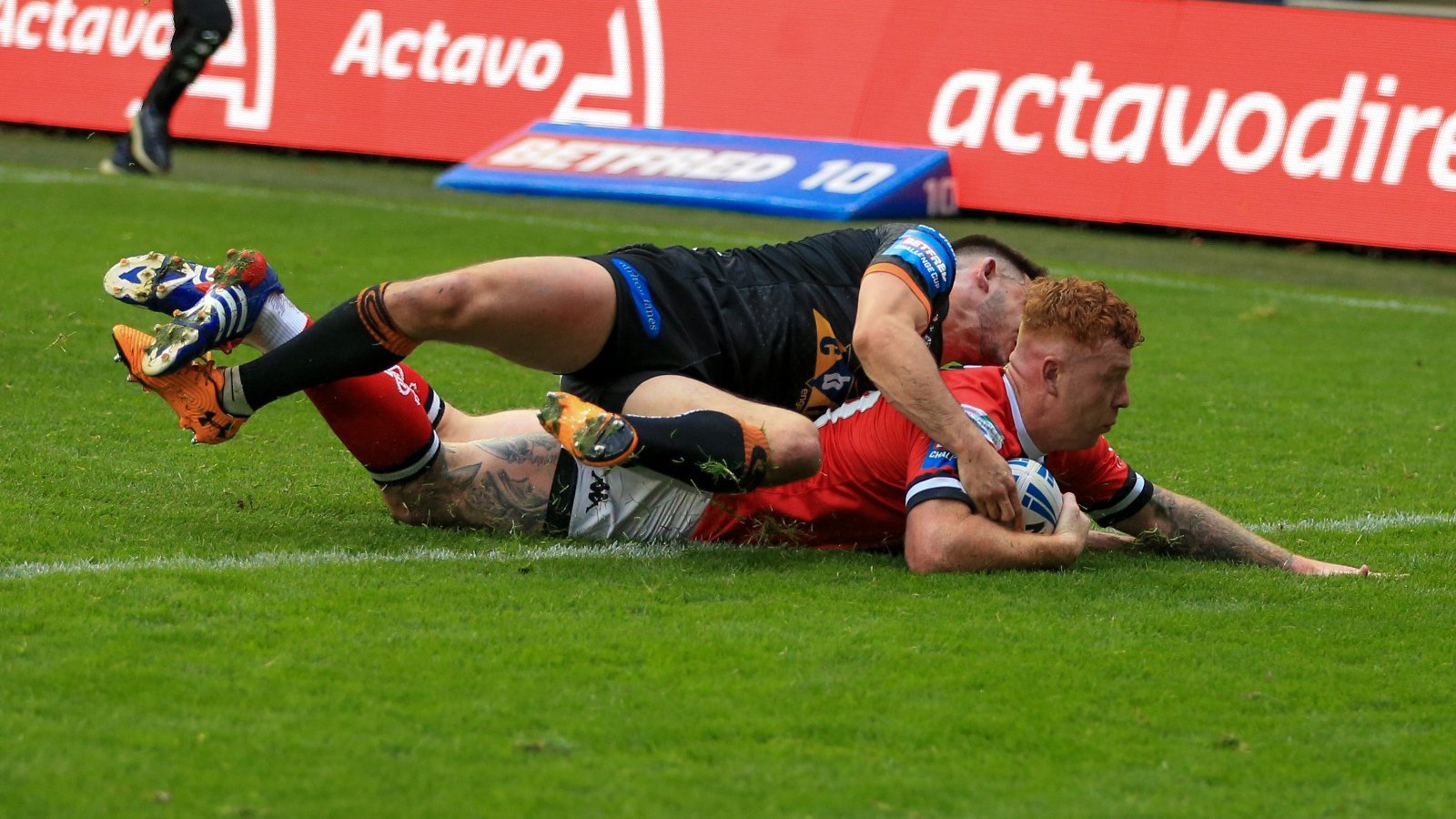 Salford Red Devils’ Betfred Challenge Cup journey came to an end this evening, with a narrow 19-18 golden point defeat to Castleford Tigers in the Quarter-Final at the Emerald Headingley Stadium.

Marshall’s men took the lead after 15 minutes through Harvey Livett, grounding the ball after a high kick from Kevin Brown was too much to handle for the Tigers’ defence.

Daniel Smith got Castleford on the scoreboard just under 10 minutes later, grounding the ball next to the sticks after getting onto the end of a short kick.

In the 36th minute, Livett doubled his try tally for the evening, spotting a gap and darting through to ground the ball down the left.

Just before the interval, Castleford’s Peter Mata’utia crashed over in the right corner to even the scoring at the break.

Mark Shenton put Castleford back in front at the hour mark, sliding over down the left.

With 13 minutes to go, Brown thought he’d put Salford back in the contest after scurrying over from dummy half, but he was ruled as being held up.

Just before the hooter, captain Lee Mossop sent the clash to golden point after powering over next to the sticks.

Despite the comeback, a drop-goal from Gareth O’Brien meant Salford fell to defeat by the narrowest of margins.