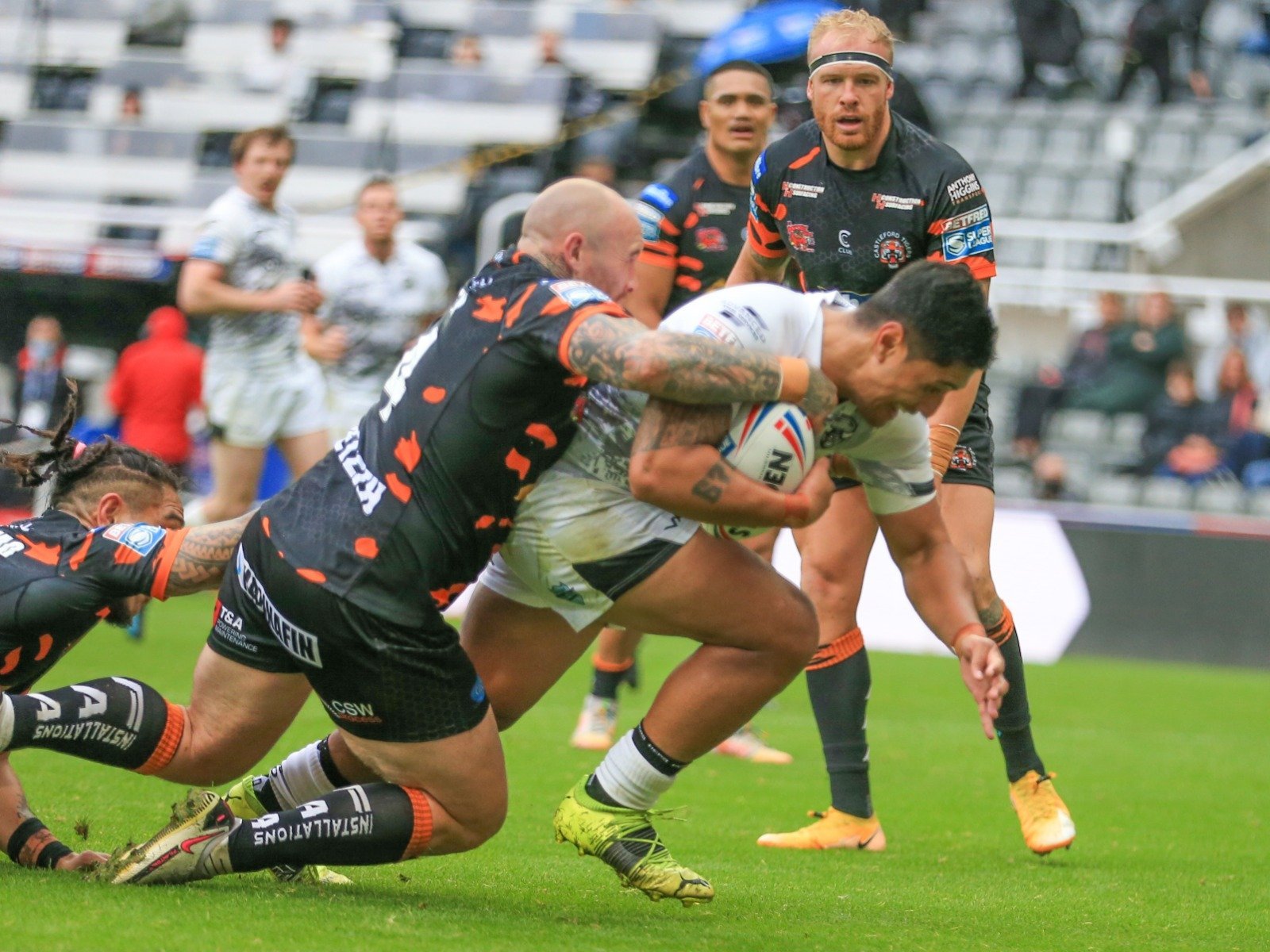 A quite depleted Salford Red Devils side fell to a 29-18 defeat against Castleford Tigers at St James’ Park this afternoon, in the 2021 Dacia Magic Weekend opener.

After Andy Ackers and Jack Ormondroyd picked up knocks in Monday’s victory over Hull FC, Salford went into today’s fixture with an injury list in double figures, with Harvey Livett also pulling out in the warm-up with a calf injury.

Paul McShane put Cas ahead after 10 minutes, fainting a pass to open up the Salford defence and free up some space for him to power through.

Salford responded four minutes later through Ken Sio down the right, Tui Lolohea drawing a number of Cas players in before feeding Super League’s leading try scorer to cut inside and go over.

The Tigers took the lead once more four minutes later, McShane involved again as the number 9 fed Daniel Smith, who rolled his shoulders and crashed over to the left of the sticks.

In the 25th minute, quick hands down the left set Joe Burgess up to stroll over in the corner and get Salford back in the contest.

Oliver Holmes powered over shortly before the interval however, meaning Daryl Powell’s men went into the break with a small lead.

The Tigers were first on the scoreboard once more in the second half, former Red Devil Jordan Turner going over down the left.

Two minutes before the hour mark, Ata Hingano picked up his first Salford try, throwing a dummy pass and wriggling over to the left of the sticks after repeat sets broke down the Cas defence.

Peter Mata’utia secured the win for Castleford with seven minutes to go, worming his way through a gap in the Salford line to end any hopes of a comeback for the Red Devils.

Turner added another point to the Tigers’ lead just before the final hooter with a drop-goal.