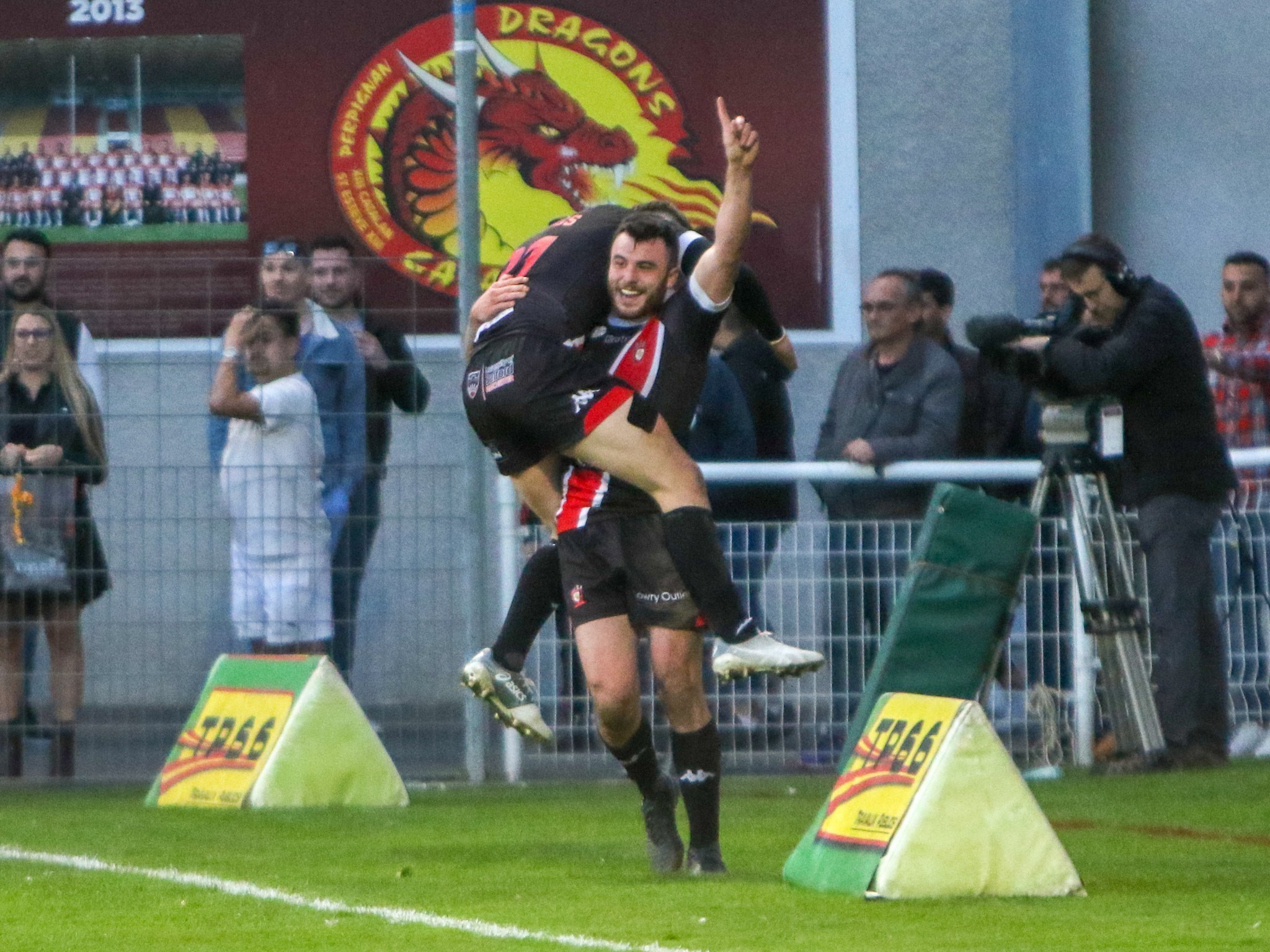 Salford Red Devils ended an eight year wait for a victory in Perpignan in emphatic fashion with a dominant 0-46 win over Catalans Dragons.
Jake Bibby and George Griffin both scored twice while Joey Lussick, Jackson Hastings, Niall Evalds and Ken Sio all also found the try-line in a rampant evening at the Stade Gilbert Brutus for Ian Watson’s men.
It took just eight minutes for the Red Devils to take the lead as Lussick burrowed his way over from acting halfback in almost identical fashion to his tries against Leeds Rhinos and Hull Kingston Rovers earlier in the season. Sio converted.
A real arm-wrestle ensued throughout the first half but Salford were on top and they took their chance to further their lead when Sio slotted a penalty goal after 27 minutes.
As half-time drew closer, Salford turned on the style with two tries in quick succession. Griffin sliced through the Catalans defence to score from close-range before Bibby scored on the hooter. The Dragons put the ball to ground and a sensational pick up from Sio got Salford on the break. Hastings kicked forward for the winger who narrowly missed the ball, but Bibby was on hand to finish a great try. Sio converted the first to give Salford an 18-0 lead at the break.
The Red Devils begun the second half where they left off before the interval as Bibby scored his second try of the evening just one minute after getting back underway. Evalds slid through the Catalans defence from deep before Bibby and Hastings linked up well to allow the centre to score. Sio converted.
Just minutes later, Salford extended their lead even further thanks to a second Griffin try. Bibby’s offload was kicked down field by Evalds and collected by an onrushing Hastings who displayed fantastic vision to find the back-rower who finished under the posts. Sio converted.
Salford’s dominance continued and Hastings went from provider to scorer as he and Bibby again caused issues for the Dragons defence. Hastings weaved around the Catalans defence before finding Bibby who offloaded the ball back to the Australian to score.
Evalds was a constant thorn in the side of the Dragons and he was rewarded with a try of his own a few minutes later. Josh Jones put Lussick through a gap and the hooker tipped onto a pacey Evalds who finishes some flowing Rugby League from the Red Devils. Sio converted to take Salford to the 40-point mark.
It was Sio who would have the final word as he strolled over the try-line and under the Catalans posts after a clever offload from Bibby. The winger converted to round off a truly memorable win for Salford.