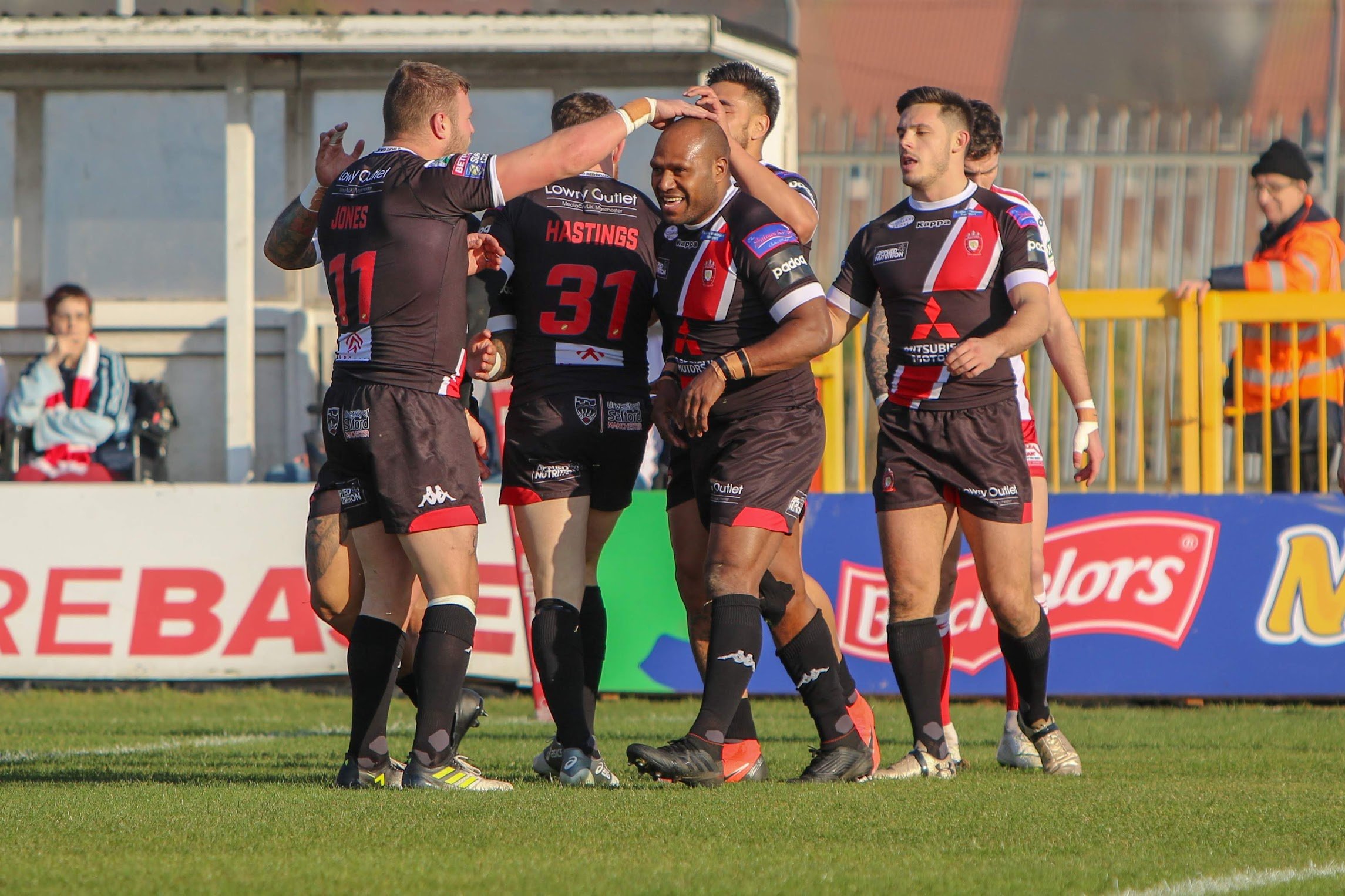 Salford Red Devils came back from 22-8 down to earn a memorable victory over Hull Kingston Rovers which means they have now won three of their opening four games of the 2019 Betfred Super League season.
Second half tries from Derrell Olpherts, Ken Sio and a late score from Joey Lussick pulled the scores level with Sio’s conversion nine minutes from time proving the difference between the sides.
Hull KR went into the break with a comfortable lead through tries from Weller Hauraki, Craig Hall, George Lawler and Jimmy Keinhorst. The Red Devils led briefly in the first half as Rob Lui and Josh Jones scored in quick succession.
It was the Rovers who opened the scoring as former Red Devil Hauraki planted the ball down from Danny McGuire’s low kick.
Lui, on his birthday, would soon get Salford on the scoreboard as he dummied and slid through the Hull defence to score. This was followed up by Jones who – in typical fashion – bundled his way over a number of Rovers defenders to score his third try in as many games.
However, the lead didn’t last long as Hall latched onto a chip kick from Josh Drinkwater. Lawler was next to score for the Robins as he wriggled free of three Salford defenders to score from close-range. Keinhorst would round off the first half scoring as he picked up a loose ball and raced thirty metres. Three tries in the final fifteen minutes of the half gave the hosts a 14-point lead at the interval.
Salford would come out a different side after the break and went close on a number of occasions but getting over the KR line was proving difficult. But the Red Devils pressure eventually paid dividend as Lui threw a looping pass wide to Olpherts who finished well to get the ball rolling for Ian Watson’s men.
The ball was moving much more freely for Salford and a flowing move involving Jackson Hastings, Lui, Niall Evalds and Junior Sa’u eventually found winger Sio who pulled off a magnificent finish in the corner against his former club. Sio’s conversion came back off the bar meaning the Red Devils still trailed by four points.
With less than ten minutes remaining, Lussick would go for the line from close-range – in identical fashion to his debut try last season – and force his way under the Rovers defence to level the scores. Sio converted to complete an incredible Salford comeback.
Hull Kingston Rovers: Dagger, Shaw, Keinhorst, Linnett, Hall; McGuire, Drinkwater; Mulhern, Lee, Masoe, Tomkins, Hauraki, Lawler.
Interchanges: Garbutt, Lannon, Atkin, Addy.
Salford Red Devils: Evalds, Olpherts, Welham, Sa’u, Sio; Lui, Hastings; Mossop, Lussick, Dudson, Jones, Turgut, Griffin.
Interchanges: McCarthy, Murray, Burke, Tomkins.