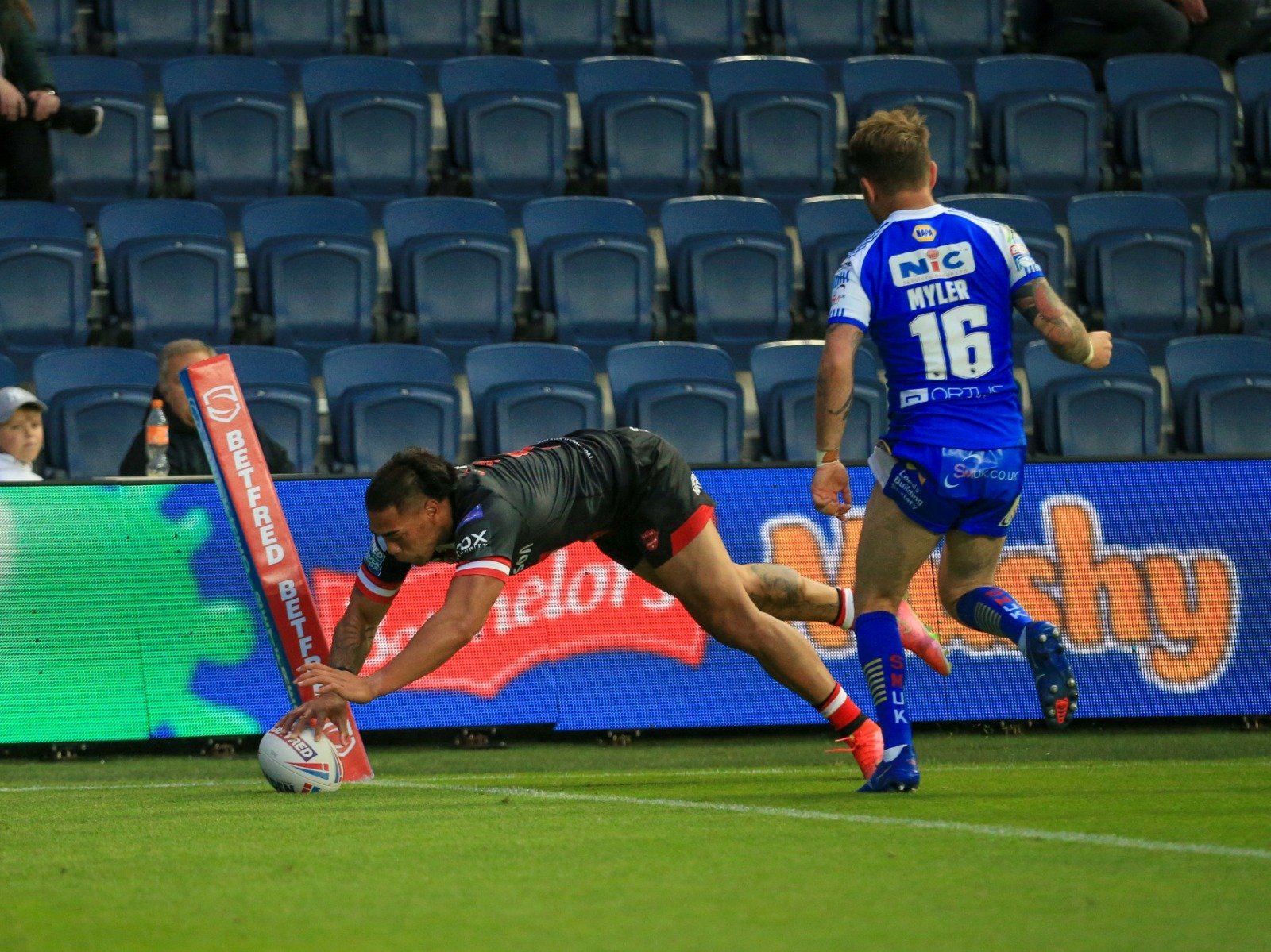 Despite a positive end to the game for Marshall’s men, Salford Red Devils fell to a 38-16 defeat away to Leeds Rhinos tonight in Round 15 of the Betfred Super League.

Three tries in the first forty from the hosts made it 20-0 at the break, and although the Red Devils responded in the second half, they could not quite hold off the Leeds attack.

Harry Newman was first on the scoreboard after seven minutes, going over in the left corner after some quick hands from Leeds’ left edge.

The hosts exploited Salford’s right edge again minutes later but this time it was Kruise Leeming who grounded the ball down the left.

Leeds received a penalty in the 23rd minute after Seb Ikahihifo was penalised for a dangerous tackle, and the Rhinos opted for the two – Rhyse Martin converting.

Leeming doubled his try tally just after the half-hour mark, strolling over behind the sticks.

Salford started the second forty a lot better than they started the first, getting themselves on the scoreboard in the 47th minute after Morgan Escare fed Ken Sio to dive over down the right wing.

The next ten minutes saw Callum Mclelland and King Vuniyayawa score for Leeds, before the Red Devils were back on the scoreboard once more.

Sio ran almost the entire length of the field but a pursuing wave of Leeds players meant he was forced to kick the ball into the direction of Lolohea, who was first to the loose ball to go over in the right corner.

Leeds captain Matt Prior scurried over the line to the left of the sticks in the 74th minute but it was Salford who scored the last try of the evening, Inu powering over. Richard Myler saw yellow with three minutes to go, but he and his teammates took the two points at the final hooter.