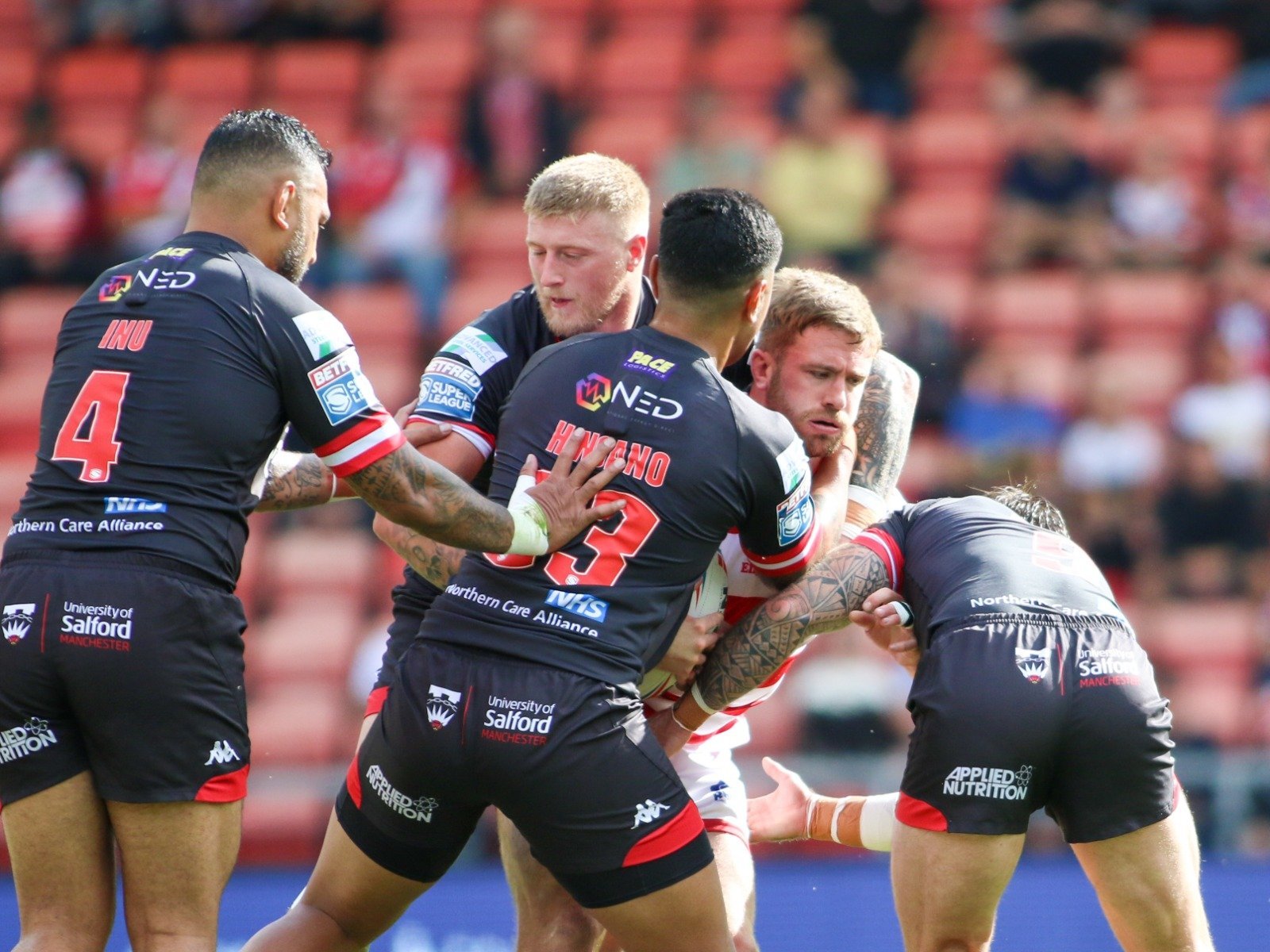 Salford took the lead after two minutes through Rhys Williams, who strolled over down the left after a looping pass from Tui Lolohea put him in.

Joe Mellor got the hosts on the scoreboard in the 19th minute after getting onto the end of his own grubber kick to ground the ball between the sticks.

Leigh then worked the ball right in the 23rd minute, stretching Salford’s defence enough for Keanan Brand to slot through a gap and score.

On the half-hour mark, Harvey Livett slid over in the left corner for Salford, but two successful penalty conversions in the first forty from Craig Mullen added that extra cushion to the Centurions’ lead at the break.

Salford were first on the scoreboard once more in the second forty. After a set restart metres out from Leigh’s try-line and three attempts to go over, Ken Sio managed to ground the ball in the right corner in the 46th minute.

The Red Devils’ lead was erased six minutes later, following a successful penalty conversion from Mullen, who went on to score another three before the final hooter.

Six minutes from time, Liam Hood dived over to the left of the sticks for Leigh, and Adam Sidlow crashed over three minutes later for the home side.

Sio picked up a late consolation try just before the final hooter, crashing over to the right of the sticks.