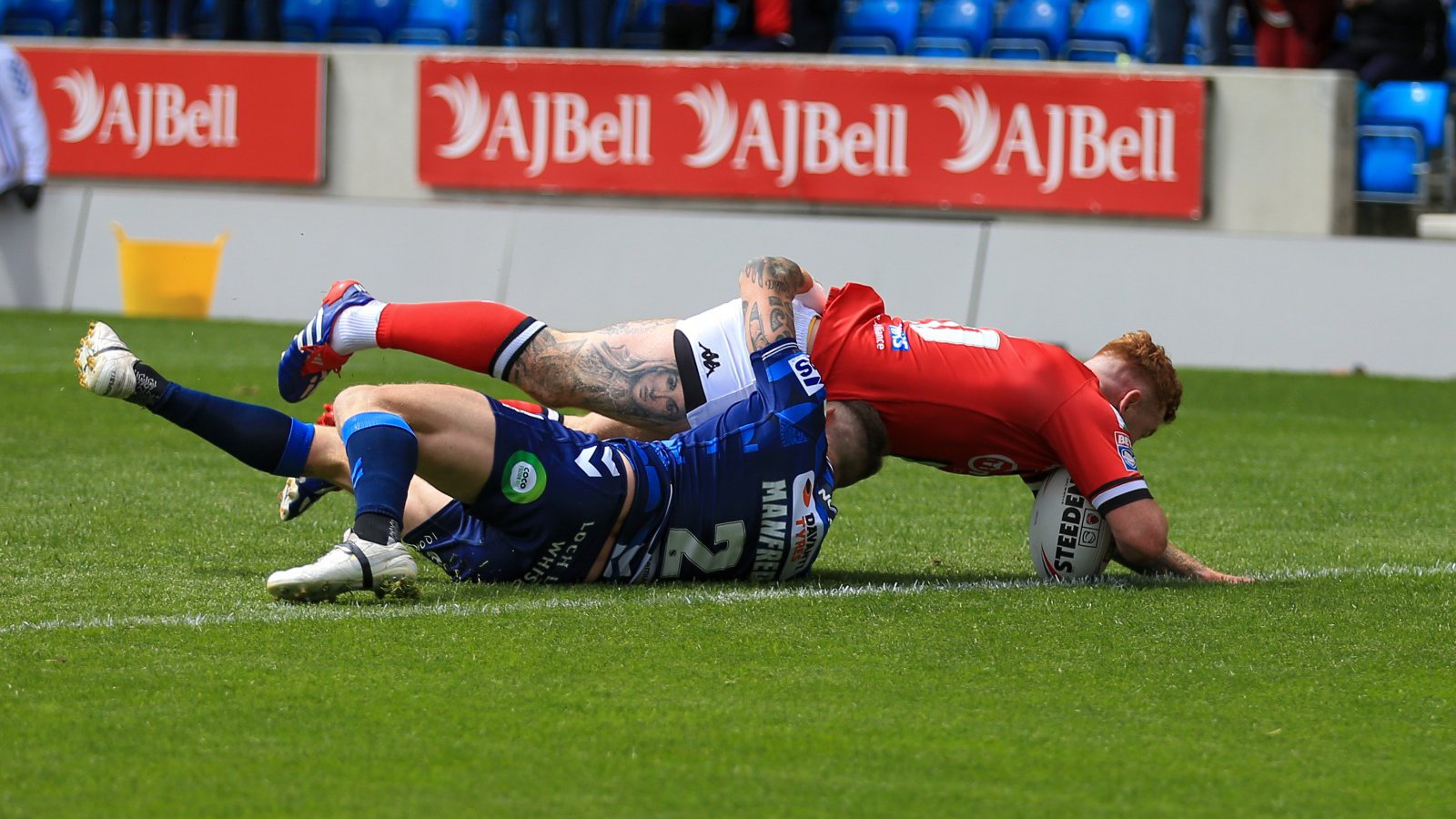 A Jackson Hastings drop-goal was the difference this afternoon as Salford Red Devils fell to a 16-17 defeat against Wigan Warriors.

After taking the lead and going into the interval four points ahead in front of a busy AJ Bell Stadium, the visitors brought it back in the second forty and clinched the victory three minutes from time.

Marshall’s men took the lead inside 10 minutes through Harvey Livett, who pulled off a clever interception and ran almost the length of the field, grounding the ball towards the left of the sticks and leaving Hastings sprawled on the field.

Livett missed the conversion but did add another two to Salford’s lead four minutes later after Salford opted to take the two after they were awarded a penalty in front of the sticks.

Five minutes later however, Brad Singleton put Wigan on the scoreboard, stretching out to ground the ball in front of the Salford fans.

Salford took the lead again in the 25th minute through Jack Wells, who powered through the middle of the Wigan line to score his first try for the Red Devils just seconds after coming on.

Four minutes before the break, Harry Smith broke the line down the right, cut back in towards the centre and fed Farrell to ground the ball down the left. A missed conversion from the Warriors followed by another successful Salford penalty goal from Livett, gave the Red Devils a four-point cushion at the break.

It took until just before the hour mark before the scoreline was altered and it was Livett again who converted another penalty goal to extend Salford’s lead.

Singleton doubled his try tally for the afternoon in the 65th minute, powering over to the right of the sticks this time.

Morgan Escare attempted a drop-goal five minutes later which was charged down by Singleton and it was former Red Devil, Hastings, who clinched the victory for the Warriors in the 77th minute after his drop-goal was successful.

Salford welcome Warrington Wolves in Round 8 of the Betfred Super League next Thursday.