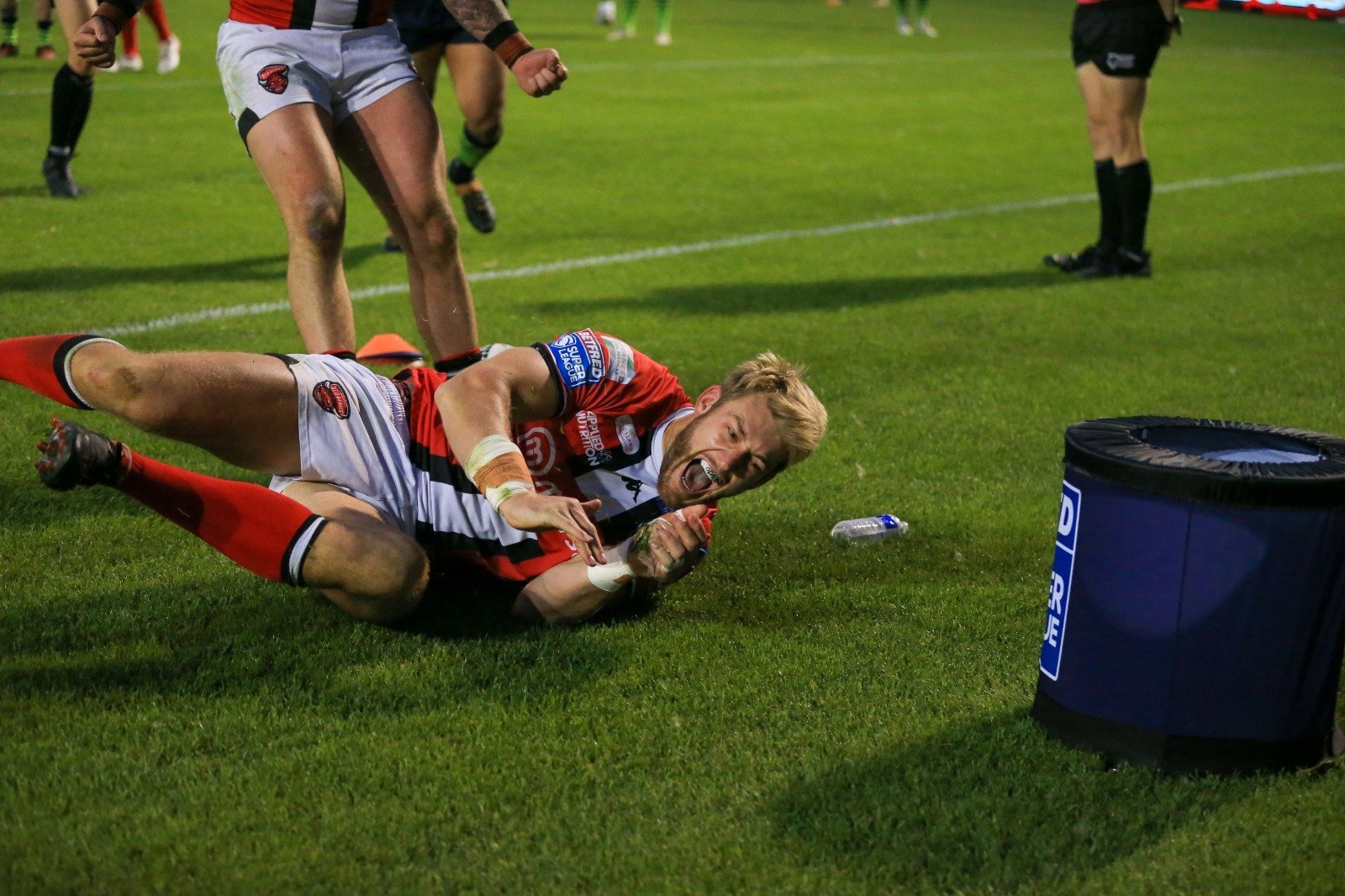 On a day marked as unlucky for some, Salford Red Devils pulled off a brilliant victory over Ian Watson’s Huddersfield Giants to secure the double over the West Yorkshire side this year in the Betfred Super League.

Marshall’s men gave skipper Lee Mossop the send-off he rightfully deserved, coming from behind to win through a resilient and determined performance.

The visitors took a marginal lead early on after Salford conceded a penalty –  young Will Pryce converting for the Giants.

Matty English then picked up the first try of the evening, spotting a gap and powering over to the right of the sticks to extend Huddersfield’s lead.

With three minutes to go before halftime, Krisnan Inu intercepted a pass and fed Rhys Williams, who ran the entire length of the field to put Salford back in the game at the interval.

Salford started the second forty a lot better than they did the first, taking the lead for the first time through Tui Lolohea, who darted through a gap in the Giants line and grounded it in the right corner.

Giants then took back control of the arm wrestle in the 55th minute through another penalty goal – Pryce with the boot 0nce more.

However, a bit of magic from Man of the Match Andy Ackers three minutes later, put Salford back in front. The hooker sent a neat grubber kick behind the sticks that prop Jack Ormondroyd got a hand to in front of the booming south stand.

With 17 minutes to go, Salford earned a penalty after a high tackle from the Giants defence and the Red Devils opted for the two – Inu slotting it over to extend his side’s lead.

Despite a late bust up that saw Greg Burke and Leroy Cudjoe see yellow, Salford’s defence held on to make it three Super League wins in a row against the Giants.