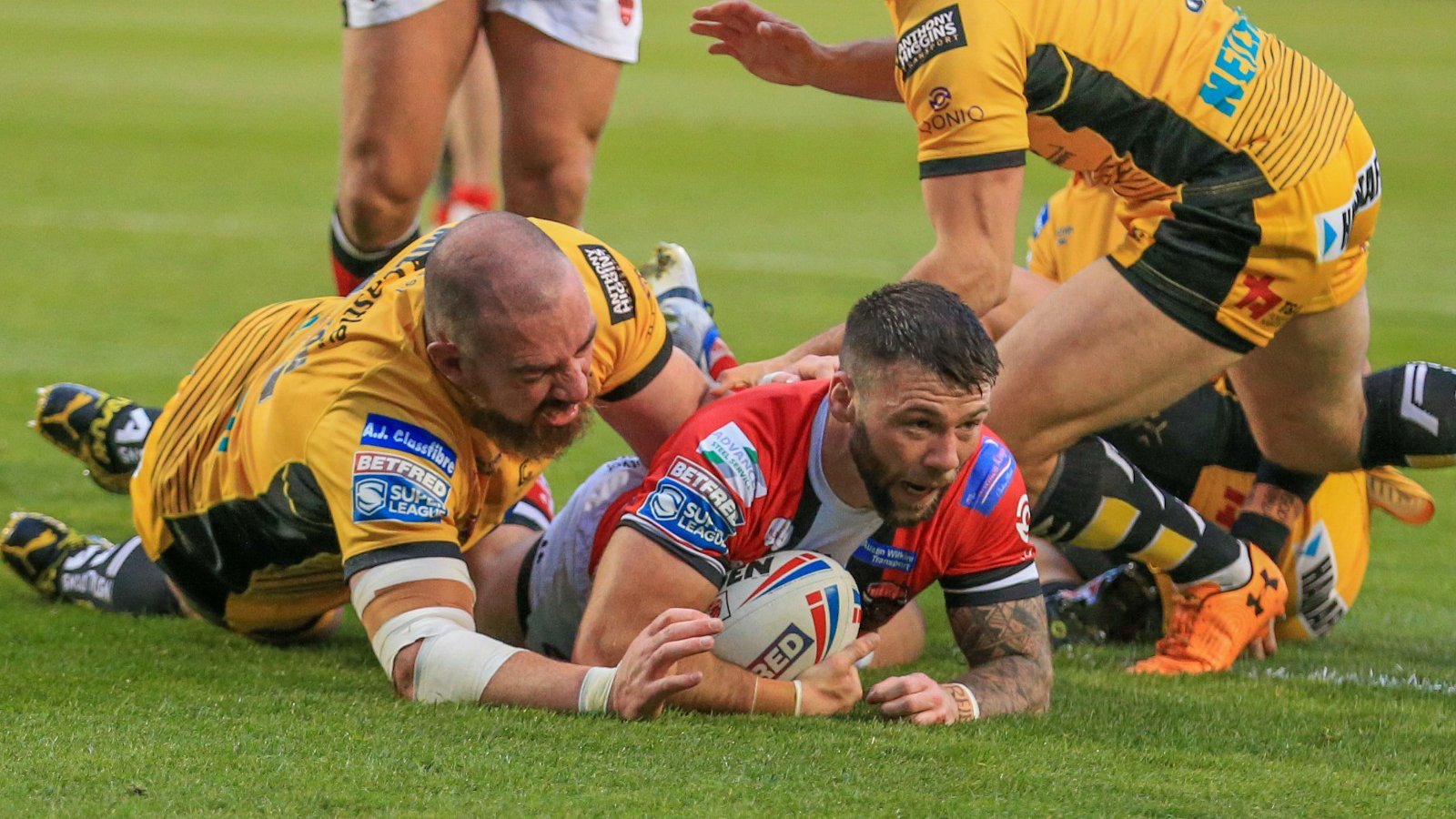 Salford Red Devils fell to a 18-28 defeat to Castleford Tigers in Round 5 of the Betfred Super League this evening.

A strong opening 20 minutes from the Red Devils could not be sustained against a Castleford side that have lost only one competitive game in 2021.

Greg Eden opened the scoring for Castleford Tigers after 6 minutes, grounding the ball to the left of the sticks.

Kevin Brown, following his Man of the Match performance in Round 4, got Salford on the scoreboard five minutes later after Kallum Watkins was first to a high kick from Tui Lolohea, before setting up Brown to slide over to the right of the sticks.

Salford then took the lead in the 16th minute, Andy Ackers using his initiative to dive over from dummy half to mark his return to the team with a try.

Five minutes later, Liam Watts went over and it was a Danny Richardson penalty goal just before the hooter that gave the visitors a two-point lead at the break.

One minute into the second forty, Cheyse Blair slid over down the left to extend Castleford’s lead.

Just after the hour mark, Jake Trueman collected an offload and weaved through the Salford line to ground the ball down the left.

Richardson converted another penalty goal with just over 10 minutes to go to add another two to Castleford’s lead.

Tui Lolohea got to the end of a chipped kick from Brown in the 72nd minute to slide over under the sticks, but it wasn’t enough for Marshall’s men.

Salford face off against the Tigers again next week in the Betfred Challenge Cup Quarter-Final in the hope they can rectify tonight’s result.