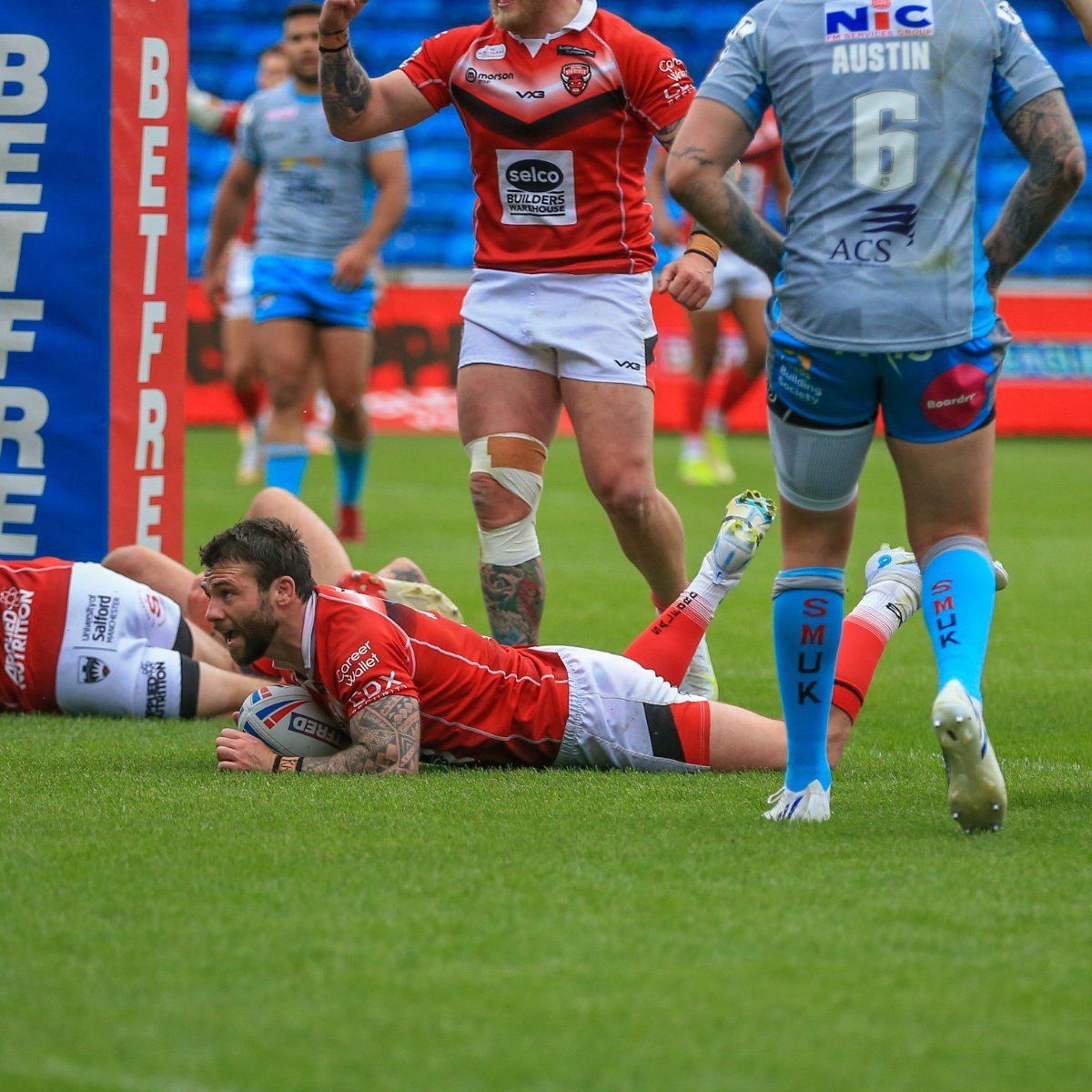 Salford Red Devils earned a crucial two points with a fantastic 23-8 victory over Leeds Rhinos in Round 12 of the Betfred Super League.

In front of a rocking AJ Bell Stadium crowd, the Red Devils produced a thrilling performance, making it two wins from two against the Rhinos this season.

Paul Rowley’s side started brightly and on the front foot, with some clever work on the right from Deon Cross allowing Ken Sio to score his 14th Betfred Super League try of the season.

The Red Devils quickly made it two with some more incisive play – this time down the left. Harvey Livett – in his first appearance of the season – found a burst of pace to power past Leeds defenders and offload to Tim Lafai. The Samoan quickly found Joe Burgess on the wing to stroll over unopposed.

Leeds did find some life moments later, however. The ball was worked left and a flick by David Fusitu’a allowed Ashley Handley to cut Salford’s lead.

The visitor’s pressure did not faze Salford. Brodie Croft caused chaos in the Leeds backline with a neat grubber kick and Andy Ackers took advantage underneath the sticks.

With so much on the line for both teams, the first 20 minutes after the interval were cagy, and both defences were holding out long periods of sustained pressure. On his return to the Rhinos, Zak Hardaker went close down the right, but his attempted dart over the line was well cut out by Lafai, who forced a knock-on.

Salford had a two-try advantage with 13 minutes to play, so a crafty drop-goal from Marc Sneyd 25 metres out from the sticks gave the hosts just the boost they needed.

Minutes later, Brodie Croft jinked his way between multiple Rhinos defenders before handing off to Ryan Brierley to slide under the sticks.

It all but secured the win for Salford, but there was still time for Rohan Smith’s side to add a consolation through Mikolaj Oledzki.