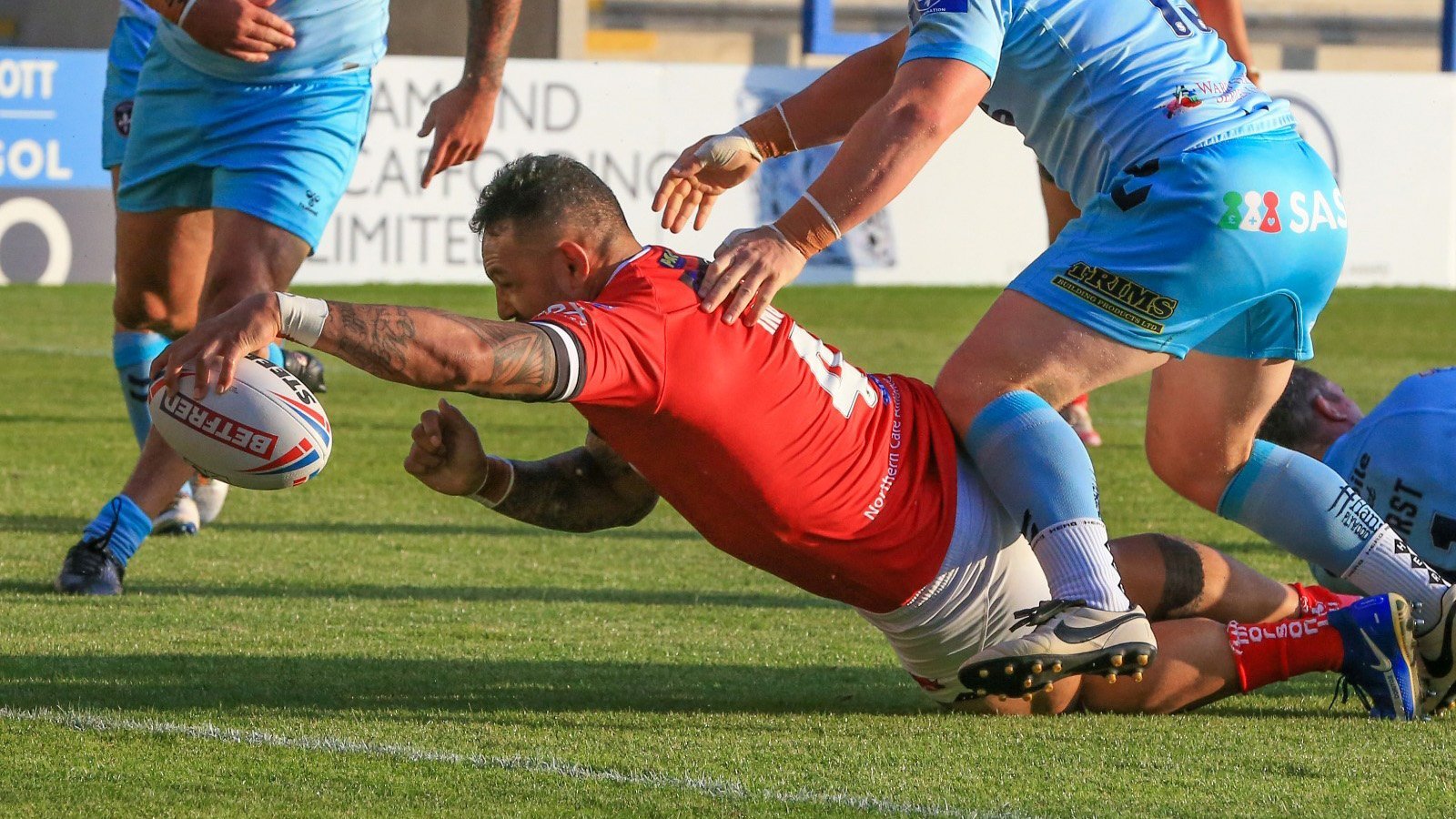 Salford Red Devils came from behind twice to beat Wakefield Trinity 24-14 in their rescheduled Round 12 fixture at the Halliwell Jones Stadium tonight.

Although it was Salford who started arguably the stronger of the two sides, it was Wakefield who took the lead just before the ten-minute mark through Innes Senior, who used his pace to dart over down the left.

Just over five minutes later, Trinity extended their lead down the right thanks to Reece Lyne, who powered through the Salford defence to ground the ball.

Halfway into the first forty, Morgan Escare used his quick feet once again to dance through the Wakefield defence and scurry over down the right to pick up his fourth try in three games.

In the 33rd minute, Krisnan Inu showed why his return to the side was so important, when he weaved through several blue shirts to go over to the right of the sticks and even the scoring, after converting his own try.

Marshall’s men did well to hold on as the interval approached, defending multiple sets on virtually their own try line to ensure it was all to play for in the second forty.

Wakefield came out looking the most threatening in the early stages of the second forty, but Salford’s defensive line stayed strong.

However, Trinity were gifted a penalty in front of the sticks just before the hour mark, and opted to take the two. Mason Lino converted and Salford were behind again, albeit by the narrowest of margins.

It did not take long though for the Red Devils to take back control of the arm wrestle and it was our number 4 again who went over. Pauli Pauli used his strength to brush off a number of Wakefield players, before offloading to Inu who grounded the ball in the right corner.

Two minutes later, Inu added another two via a penalty goal, after Wakefield were penalised for a high tackle.

With nine minutes to go, Man of the Match Ken Sio put the game to bed with a try of his own, diving into the right corner to make it two wins in a row for Marshall’s men.