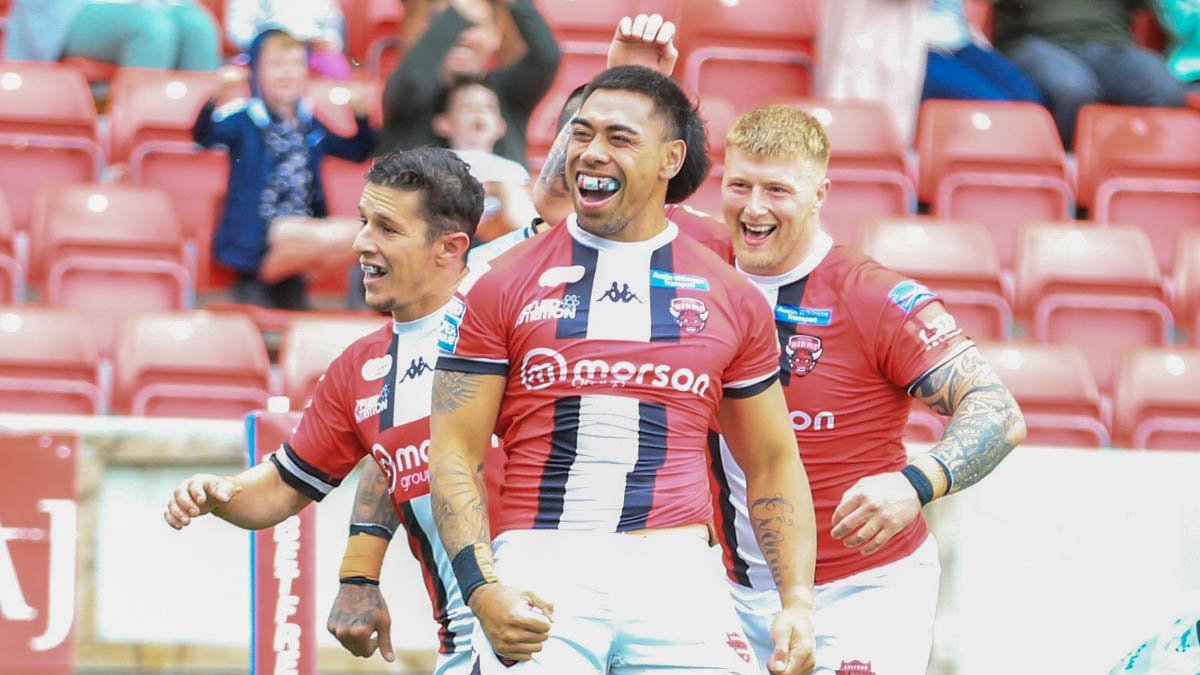 Four tries and a Man of the Match performance this afternoon in Round 22 of the Betfred Super League, helped Salford Red Devils breeze past Hull FC 42-14.

Marshall’s men were up against tough competition in what was their third game in only 8 days, but a dominant second half display ensured that the Red Devils responded well to their last two Super League defeats.

It was the visitors who took the lead however, Ligi Sao darting through a gap to ground the ball behind the sticks after four minutes.

Salford responded in the 13th minute after repeat sets wore the Hull FC defence down, allowing Ken Sio to go over in the right corner.

The visitors went back in front in the 25th minute through a Marc Sneyd penalty-goal, after Salford were penalised for a high tackle.

Four minutes before halftime, Ken Sio picked up his second try of the afternoon through a well-worked effort from Dan Sarginson on the left flank to find the number 2, who was out wide down the right, with a kick that Sio collected before slicing the Hull defence with a grubber kick and getting onto the end of it.

The Black and Whites struck first again in the second half, taking the lead once more but this time through Danny Houghton, who was first to a Sneyd grubber kick behind the posts.

Just before the hour mark, Tui Lolohea earned Salford a set restart metres out from FC’s try-line, and Chris Atkin caught the visitors napping and scurried over from dummy half.

In the 67th minute, Salford struck again. Joe Burgess was first to a high kick in the in-goal area and batted the ball back, on the last, for Harvey Livett to collect and ground to the left of the sticks.

Minutes later, Burgess scored a try of his own, darting down the left wing after quick hands from the Red Devils to work the ball out wide created a route to the try-line for our number 5.

Sio completed his hat-trick two minutes later, catching a looping ball from Tui L0lohea before cutting back inside and powering through two Hull FC players to score down the right.

Three clearly was not enough though for Sio, who rounded off a fantastic performance with a length-of-the-field try just before the hooter.