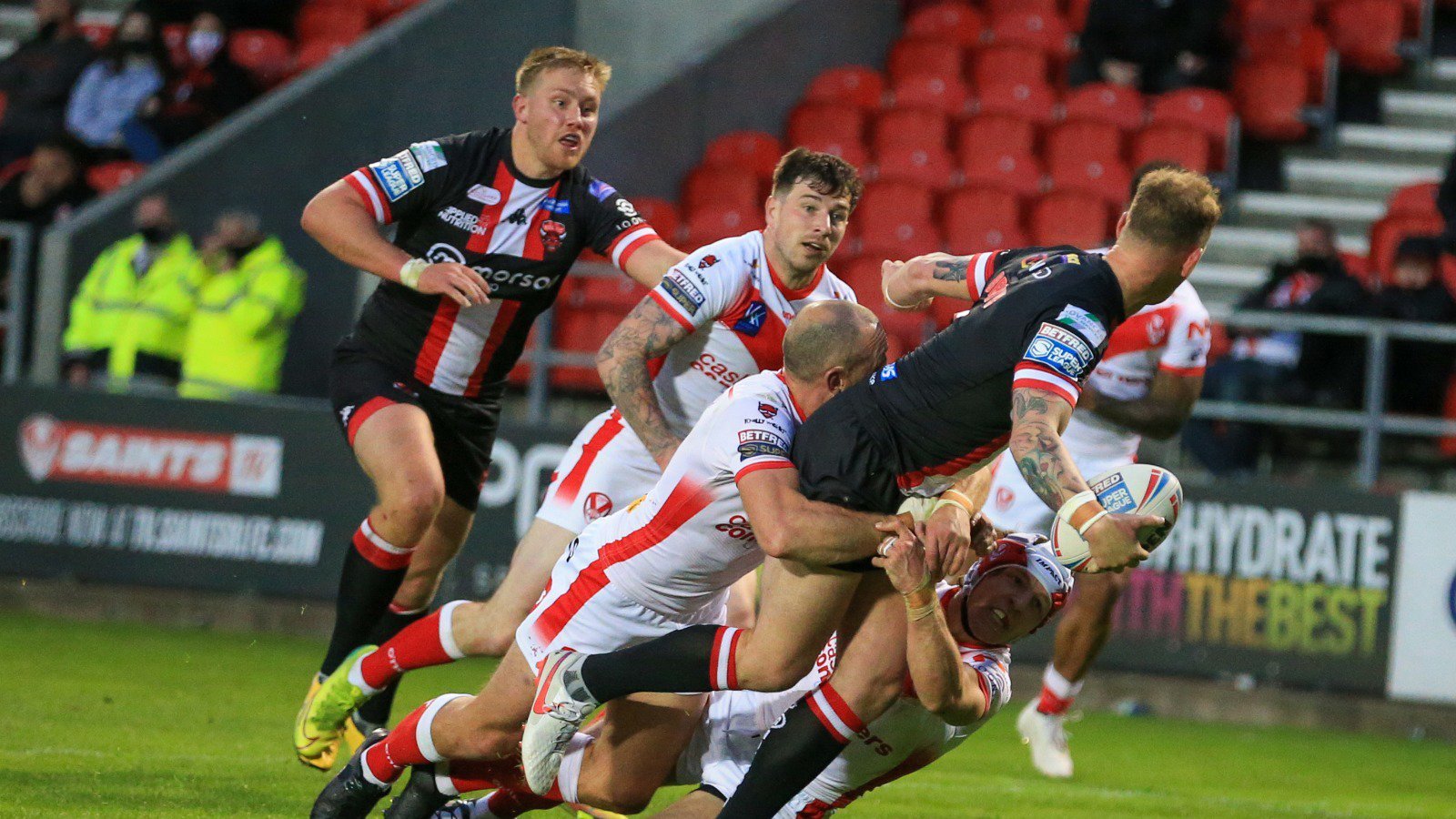 Salford Red Devils fell to a 28-0 defeat at the hands of St. Helens in tonight’s Betfred Super League Round 6 contest at the Totally Wicked Stadium.

After a promising start, the Red Devils went into the break only six points down after an Alex Walmsley try for the hosts.

However, Kristian Woolf’s side came out with more flare in the second forty, putting a further four tries past Marshall’s men.

Salford had control of the game in the early periods, forcing errors from the Champions that allowed Marshall’s side to ramp up the pressure and were unlucky not to go over a number of times in the opening minutes.

Andy Ackers, who had just returned from an ankle injury, left the field after two minutes due to a head collision and Marshall’s first choice hooker was sidelined for the rest of the game.

Saints then took control of the arm wrestle and took the lead in the 23rd minute, Walmsley powering over the line to the right of the sticks for what was the only try of the first forty.

The hosts built on their lead three minutes into the second half but this time it was Saints’ Man of the Match, Theo Fages, who went over down the left wing.

On the hour mark, Kevin Naiqama, who almost ran the length of the field a few minutes earlier, grounded the ball in the right corner to add to the scoreboard for top-of-the-table St. Helens.

Louie McCarthy-Scarsbrook extended his side’s lead in the opposite corner seven minutes later and his teammate, Regan Grace, also went over down the left just before the hooter to solidify a Saints victory.