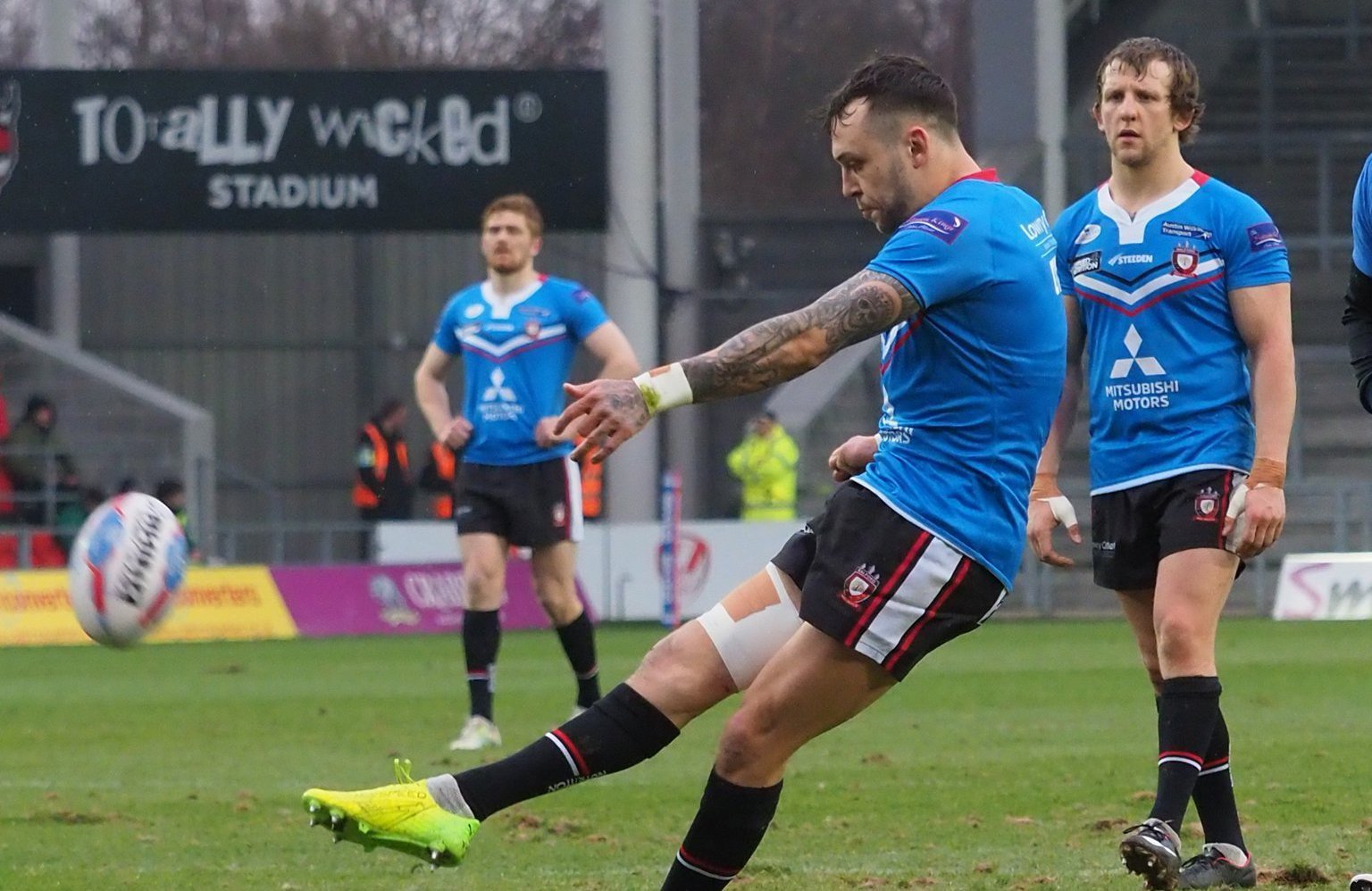 Salford Red Devils were unable to record successive Betfred Super League victories as they suffered a 34-2 away defeat to St Helens.
Two tries from Ben Barba alongside further scores from Tommy Makinson, Louie McCarthy-Scarsbrook, Jonny Lomax and Luke Thompson ensured the Saints ran out deserved winners at the Totally Wicked Stadium.
Despite not claiming any points within the early stages, the Red Devils made a bright start to the contest and minimised any potential threats from the St Helens fold.
Salford opened the scoring in the 17th minute when Gareth O’Brien converted a penalty 12 yards in front of the posts to give The Reds a two points lead.
St Helens responded well and almost crossed over when McCarthy-Scarsbrook powered towards the Salford line, although Logan Tomkins was equal to the forward’s efforts and held him up in goal.
Saints’ determination paid dividends as Makinson pounced onto Barba’s grubber kick to give the hosts the lead, however Danny Richardson was unable to convert the extras.
Makinson’s effort appeared to instill some belief with the hosts, they extended their lead five minutes from time as the lively Barba seized upon a gap in the Salford backline before racing 30m to cross over in what proved to be the final point scoring action of the half, Richardson again missed the resulting goal.
It took Saints just five minutes to pick up where they left off after the interval, Barba fought off several tackle attempts before diving over to give the home side some breathing space, Richardson successfully converted the extras to leave the scores at 14-2.
Minutes later, Saints increased the margin between the sides by a further two points as Richardson landed a penalty in front of the sticks, after O’Brien’s drop-out flew into touch on the full.
With less than thirty minutes of the game remaining, Salford were temporarily reduced to twelve men as Lama Tasi was sin binned for two dangerous tackle attempts in as many minutes.
Salford had a glorious opportunity to claw their way back into the tie, Jack Littlejohn found Junior Sa’u out wide although the former’s pass was deemed forward.
Despite the Red Devils’ perseverance, St Helens crossed over again eleven minutes from time as McCarthy-Scarsbrook powered over, Richardson converted the extras.
Soon after, Saints were in again as former Salford man Theo Fages poked the ball into space before Lomax touched the ball down, Richardson successfully kicked the resulting goal.
Unfortunately for Ian Watson’s side, the hosts weren’t finished there as Thompson broke away after the full-time hooter before diving over, Richardson converted the extras to complete the rout.
The win now means the hosts sit top of the Betfred Super League table.
St Helens Lineup: Barba, Swift, Makinson, Percival, Grace, Lomax, Richardson, Amor, Roby, Thompson, Peyroux, Taia, Wilkin
Interchanges: Fages, Walmsley, McCarthy-Scarsbrook, Douglas
Salford Lineup: O’Brien, Bibby, Welham, Sa’u, Evalds, Lui, Littlejohn, Mossop, Tomkins, Tasi, McCarthy, Jones, Flanagan
Interchanges: Kopczak, Burgess, Nakubuwai, Wood
St Helens Scorers: Tries- Makinson (25’), Barba (35’, 45’), McCarthy-Scarsbrook (69’), Lomax (72’), Thompson (80’)
Goals- Richardson (46’, 49’, 70’, 73′, 80’)
Salford Scorers: Tries- N/A
Goals– O’Brien (17’)
Man of the Match: Josh Wood
Referee: S.Mikalauskas
Touch Judges: G.Jones, M.Craven
In Goal Judges: T.Owen, J.Butterfield
Attendance: 10,008