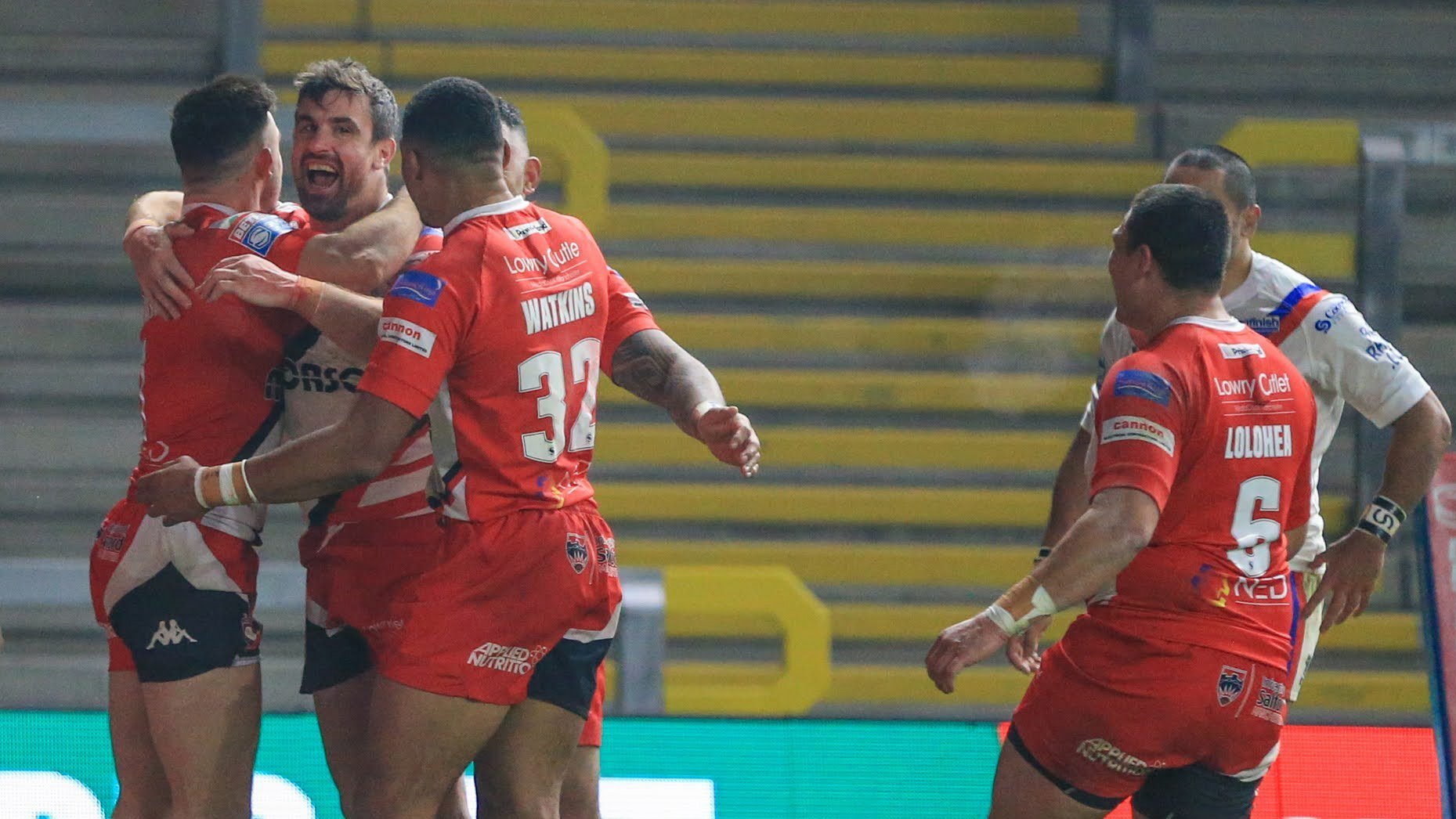 Salford Red Devils ended their 2020 Betfred Super League campaign with a win against Wakefield Trinity.
The Red Devils put on a spectacular display to establish a 22-4 half-time lead and then held off a Trinity fightback in the second-half.
This ensured Salford climbed above their opponents to finish the year in ninth place in the table, in a match which marked a 300th career appearance for Kallum Watkins and the end of Mark Flanagan’s career.
Salford opened the scoring quickly, when the team’s top try-scorer Krisnan Inu scored at the corner in the second minute of the match. He then became supplier, as he sent Niall Evalds in for a try after Tui Lolohea’s cut-out pass had created the opening.
Ed Chamberlain was then most alert to a loose ball, hacked it ahead and re-gathered to go in from long-range and continue his impressive return to action.
Trinity hit-back in the 30th minute. Ryan Hampshire supported a break by Reece Lyne to get them on the scoreboard.
Salford then restored the cushion, when an explosive break from Andy Ackers allowed him to feed Lolohea for their fourth try of the half.

💨 You can’t give @AndyAckers9 an inch!